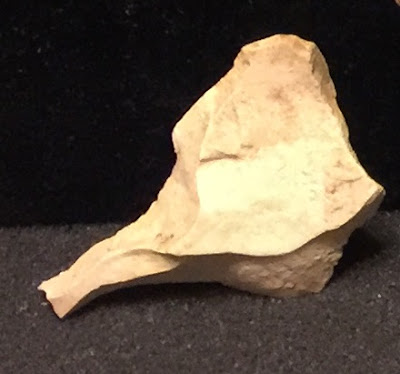 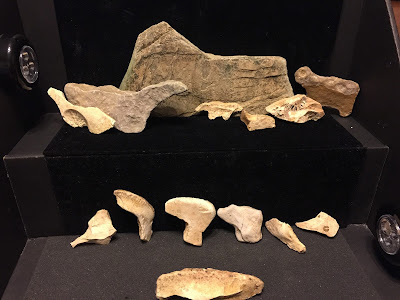 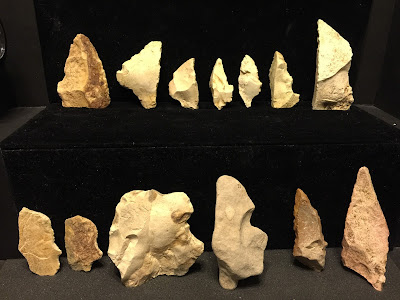 Clayton suspects a Paleolithic presence at his locale 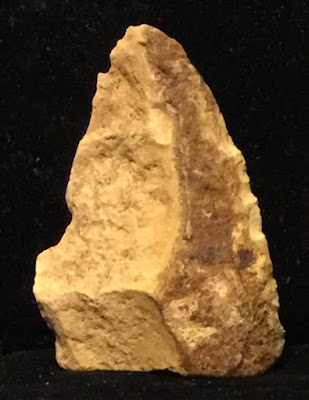 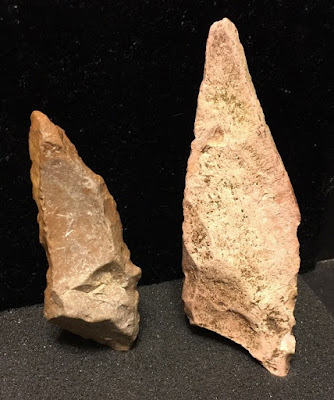 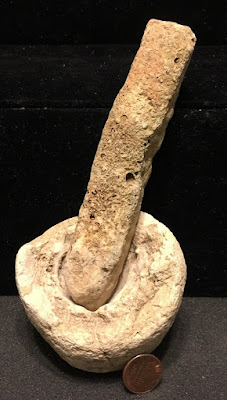 A pestle and pot set 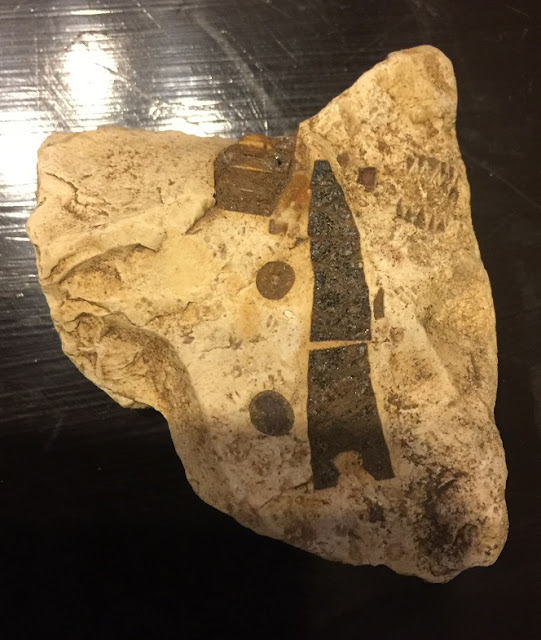 This remarkable rock has an inclusion which resembles a broken spear point. The large number of fossil stones observed by Clayton indicates the presence of pre-historic fossil collectors. 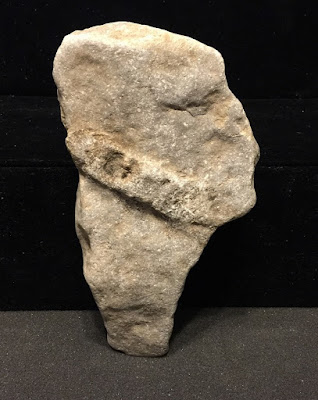 This motif of a human head form on a 'neck' which appears to be suitable as a 'handle' is seen at other known portable rock art sites, notably The Old Route 66 Zoo in Jasper County, Missouri. They are suspected of having been used as a kind of puppet. 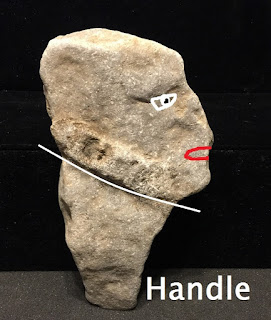 Illustration of human head facing right with handle
Posted by Ken Johnston at 11:28 AM