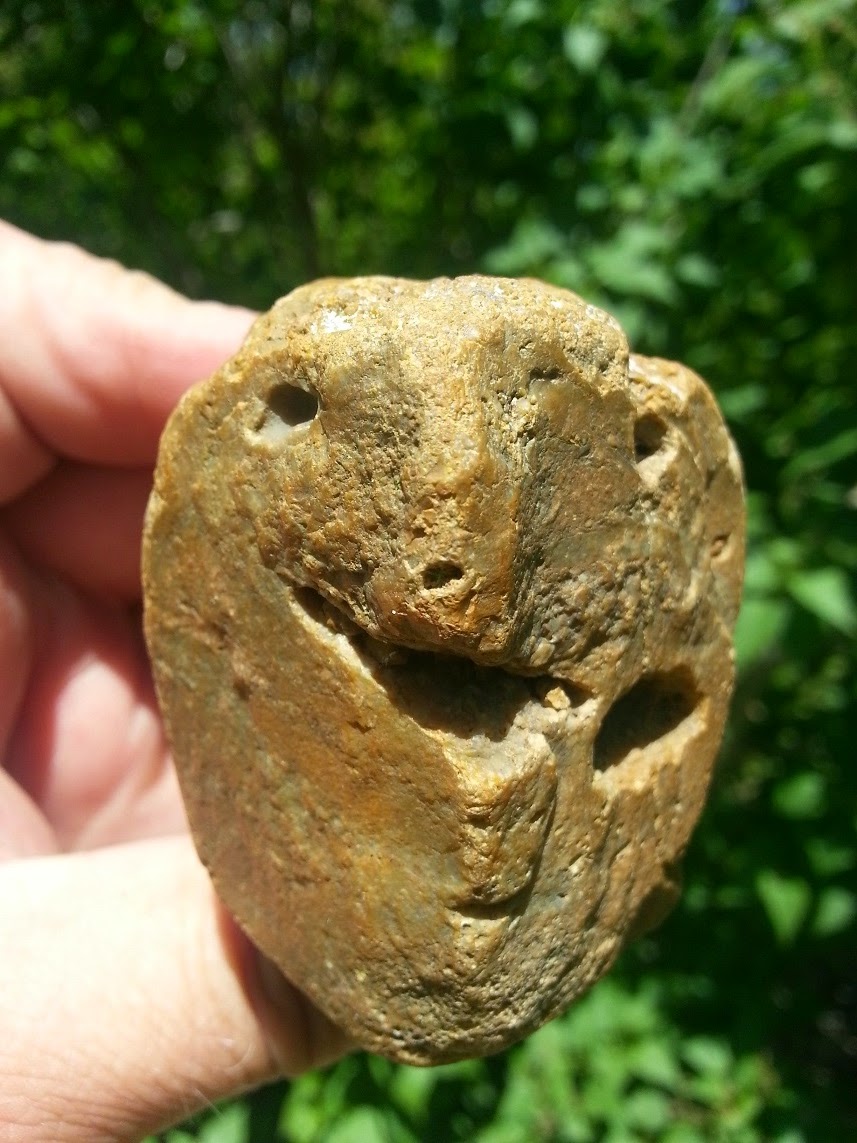 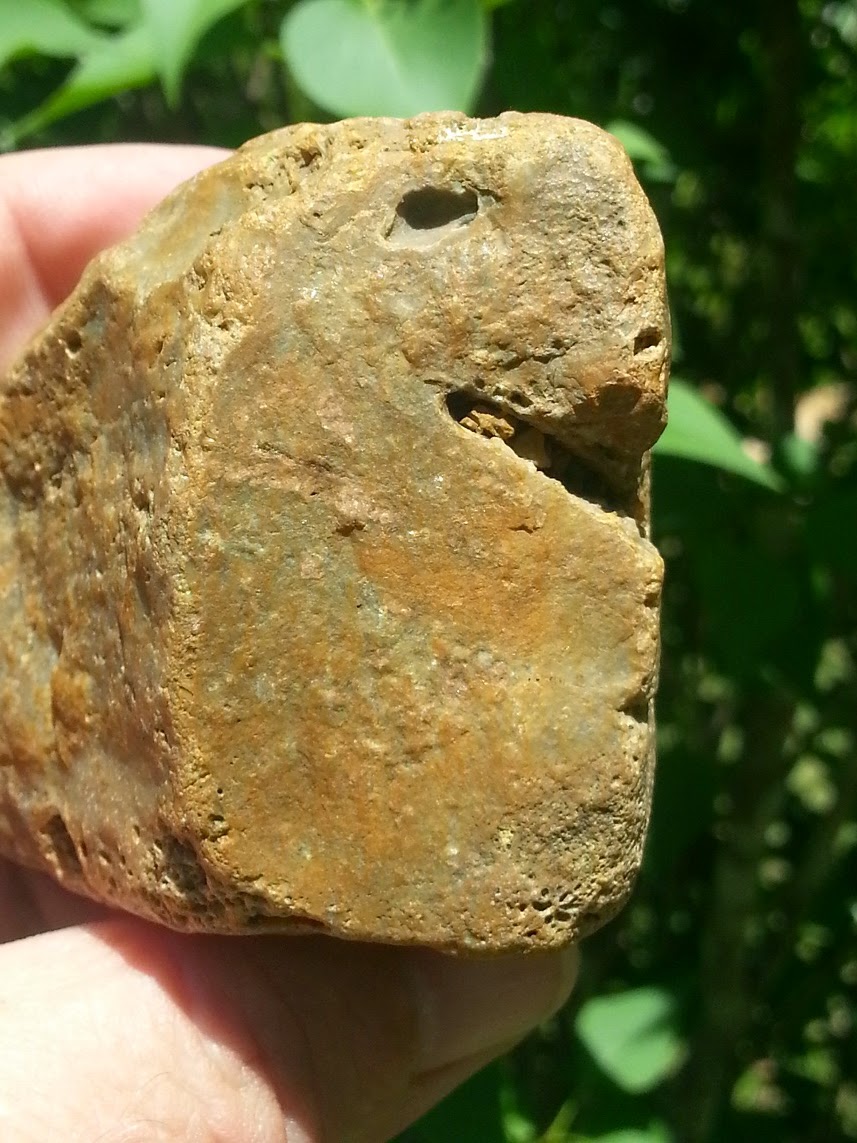 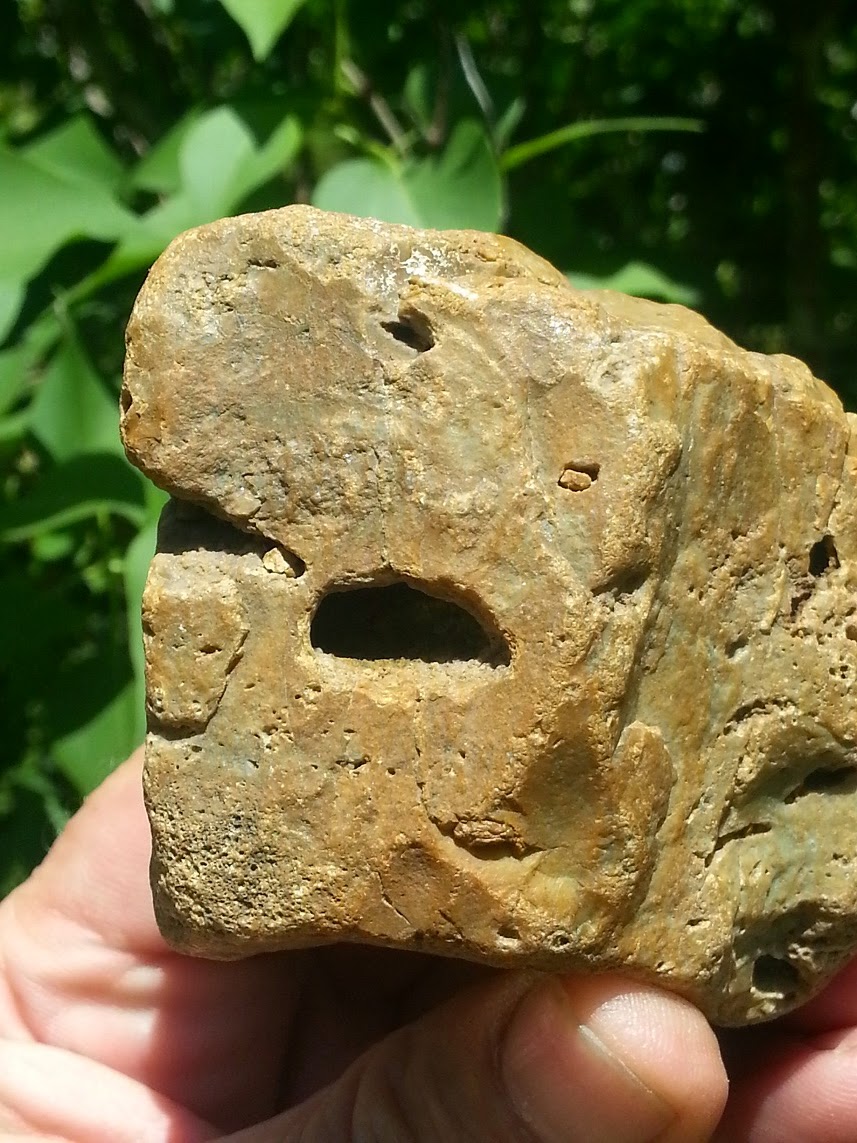 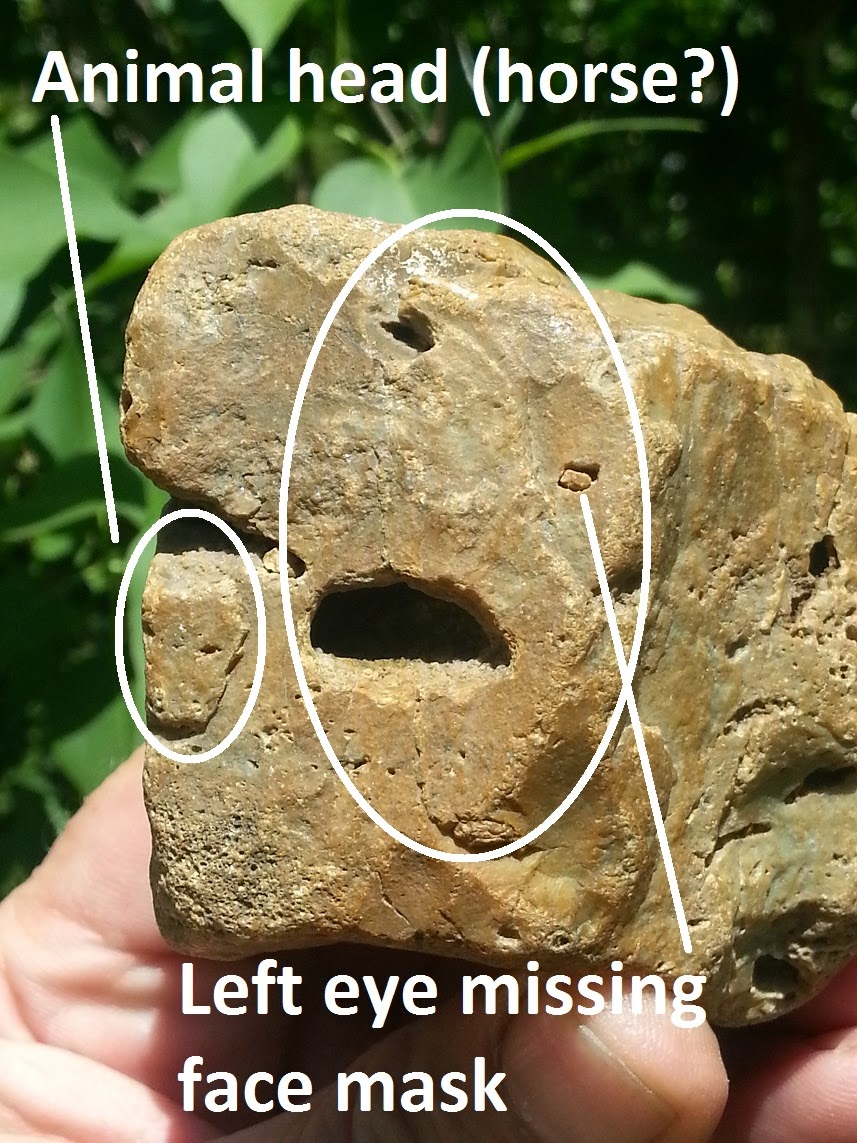 Left profile view again with illustration of Jeff Vincent interpreted a horse-like figure at the zoomorph's mouth and a possible one-eyed face mask. 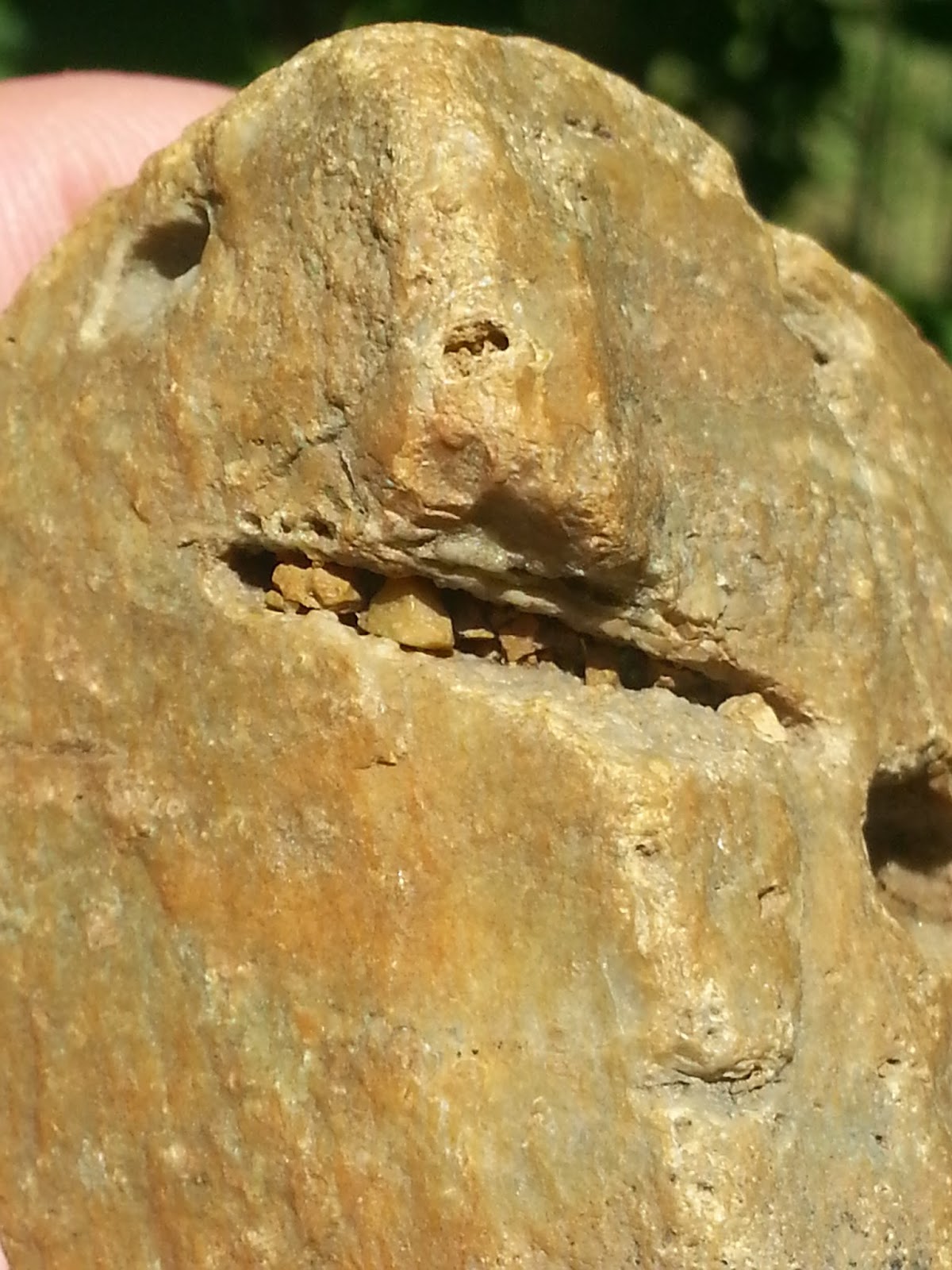 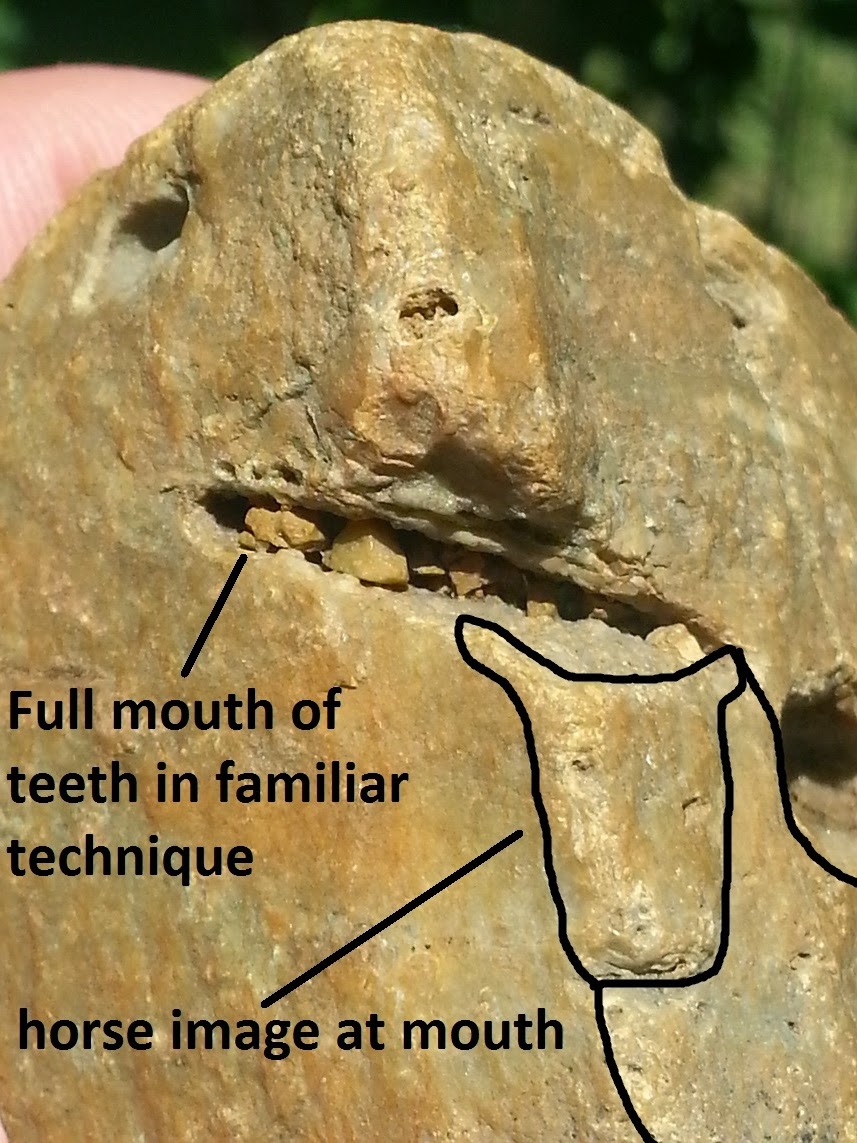 Other examples of small pebbles inserted into stone crevices as "teeth" have been seen on this blog and have been documented by Jan van Es of Roermond, The Netherlands.

Van Es writes of Jeff Vincent's find here (personal communication): "This is a  polymorph top sculpture!!! The teeth are the same technique from the Beegden stone sculptures:) Many people think that water makes this item, but this is a technique from early humans." (Homo erectus, Beegden site at >400,000 BP).

Having one or two pebbles in a "mouth" like this might be attributable to coincidence but a mouth full of teeth from end-to-end and in line with other suspected stone figures makes an artist's deliberate action more likely. The "horse near mouth of teeth" is an interesting depiction as horse was a significant component of the North American Paleolithic diet. 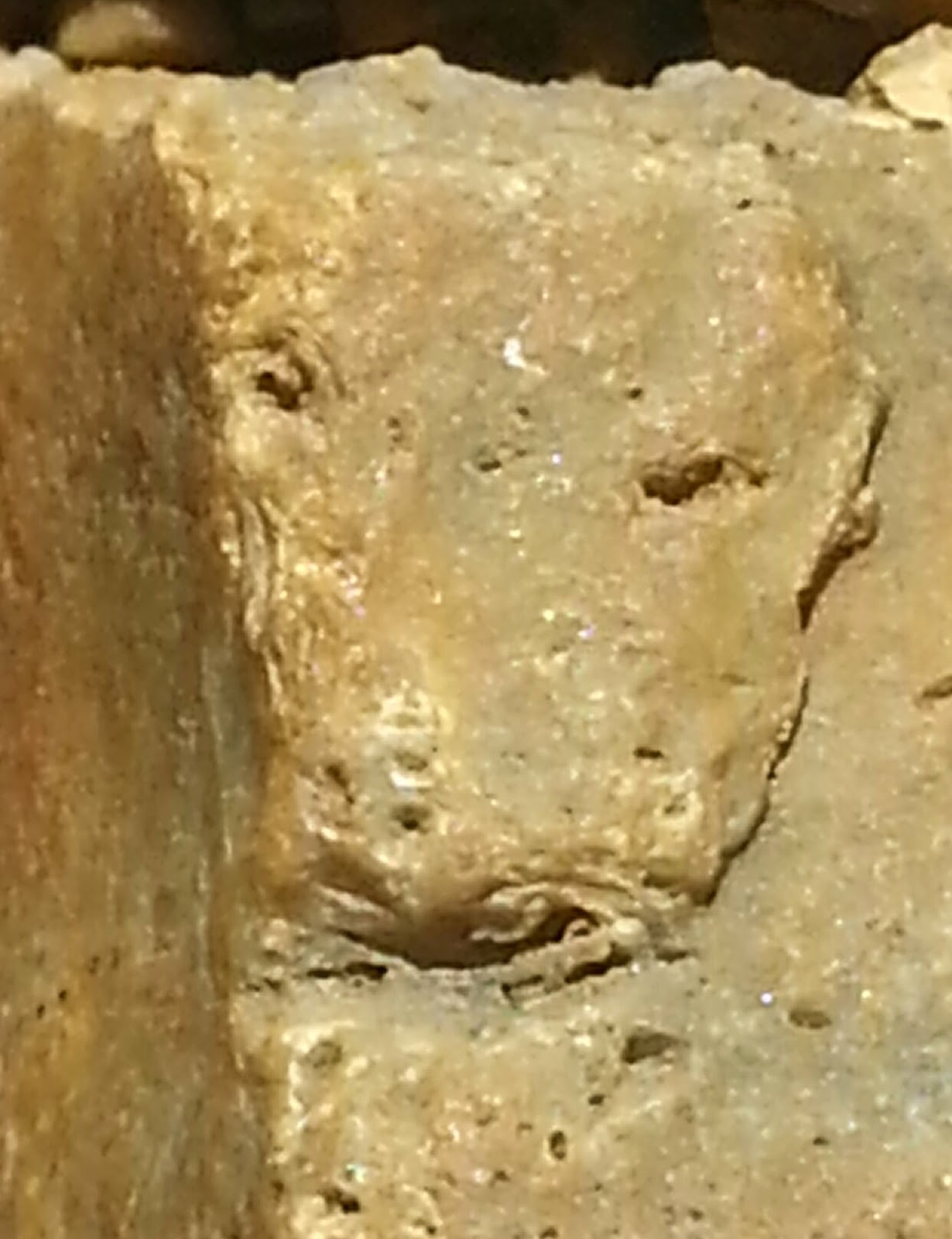 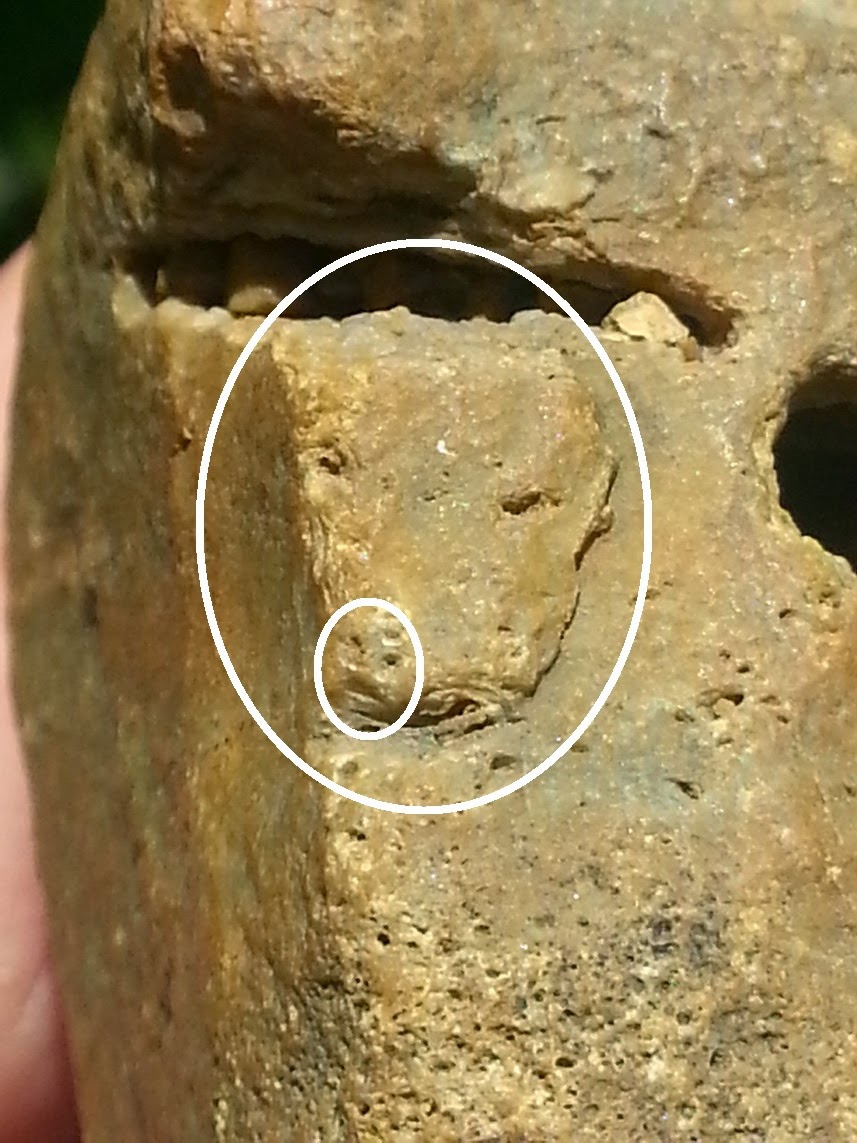 Jeff Vincent noticed a small face icon as the "nose" of the horse, seen highlighted as the circle within the circle above. This kind of image-within-image is commonly seen in portable rock art. 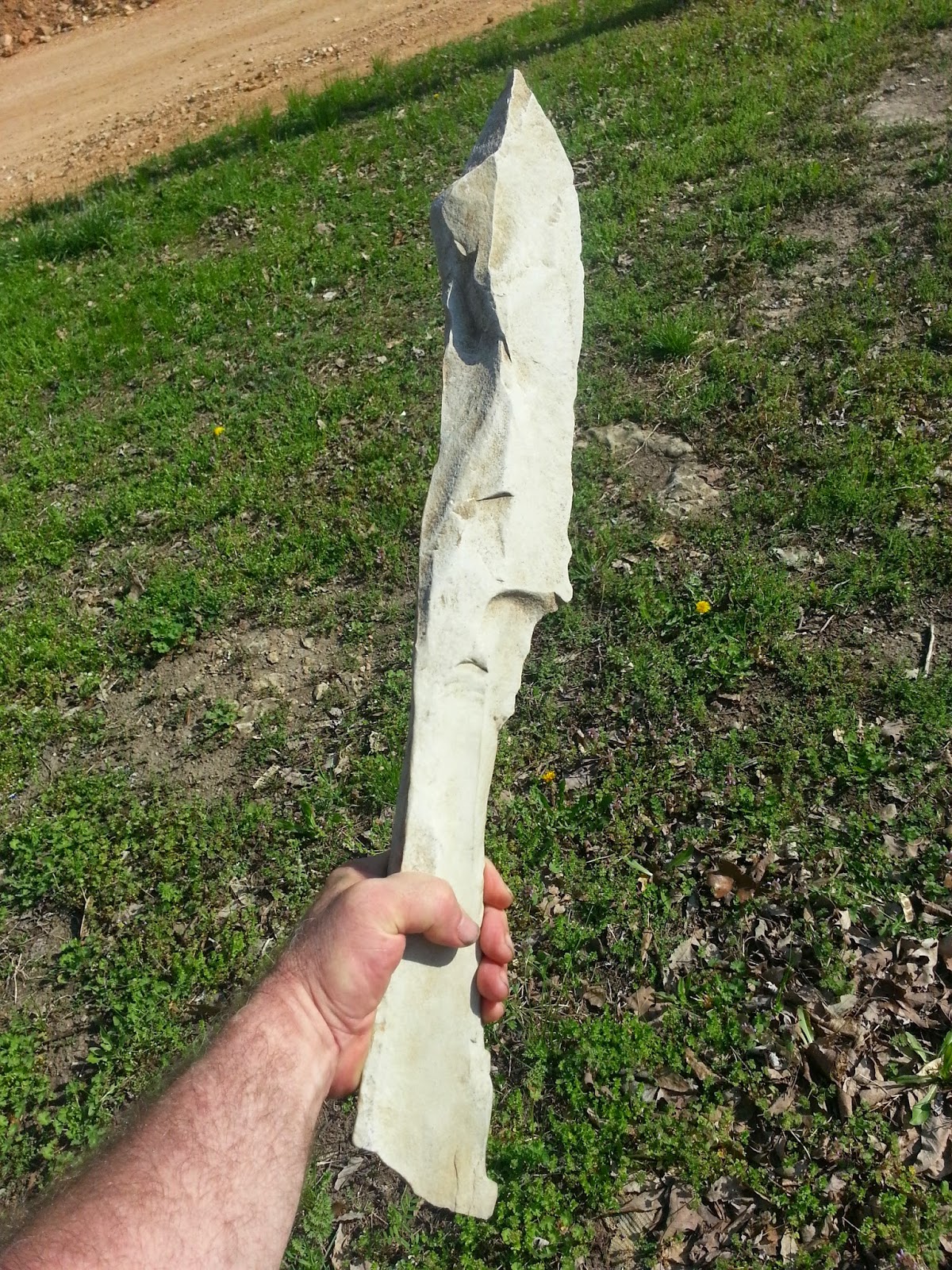 A giant flint dagger discovered by Jeff Vincent at Mammoth Springs, Arkansas, among portable rock art. Archaeology will eventually accept that portable rock art can lead to sites which produce tools which have not been accounted for in the current taxonomies. 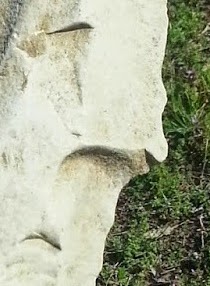 It seems there is a crude human facial profile incorporated into this dagger. Eye gash at top, nose protruding at far right and mouth gash at bottom. Tools which incorporate simple human imagery like facial profiles have been seen on this blog.

A metal blade from the Arkfeld site was interpreted as having a facial profile incorporated into it which led to its interpretation as a prehistoric, and possibly Paleolithic, piece of metal work.
Posted by Ken Johnston at 11:25 AM