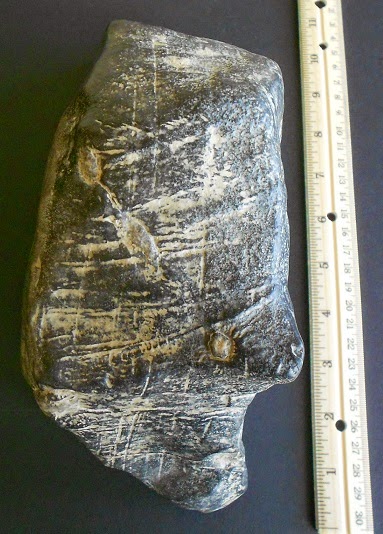 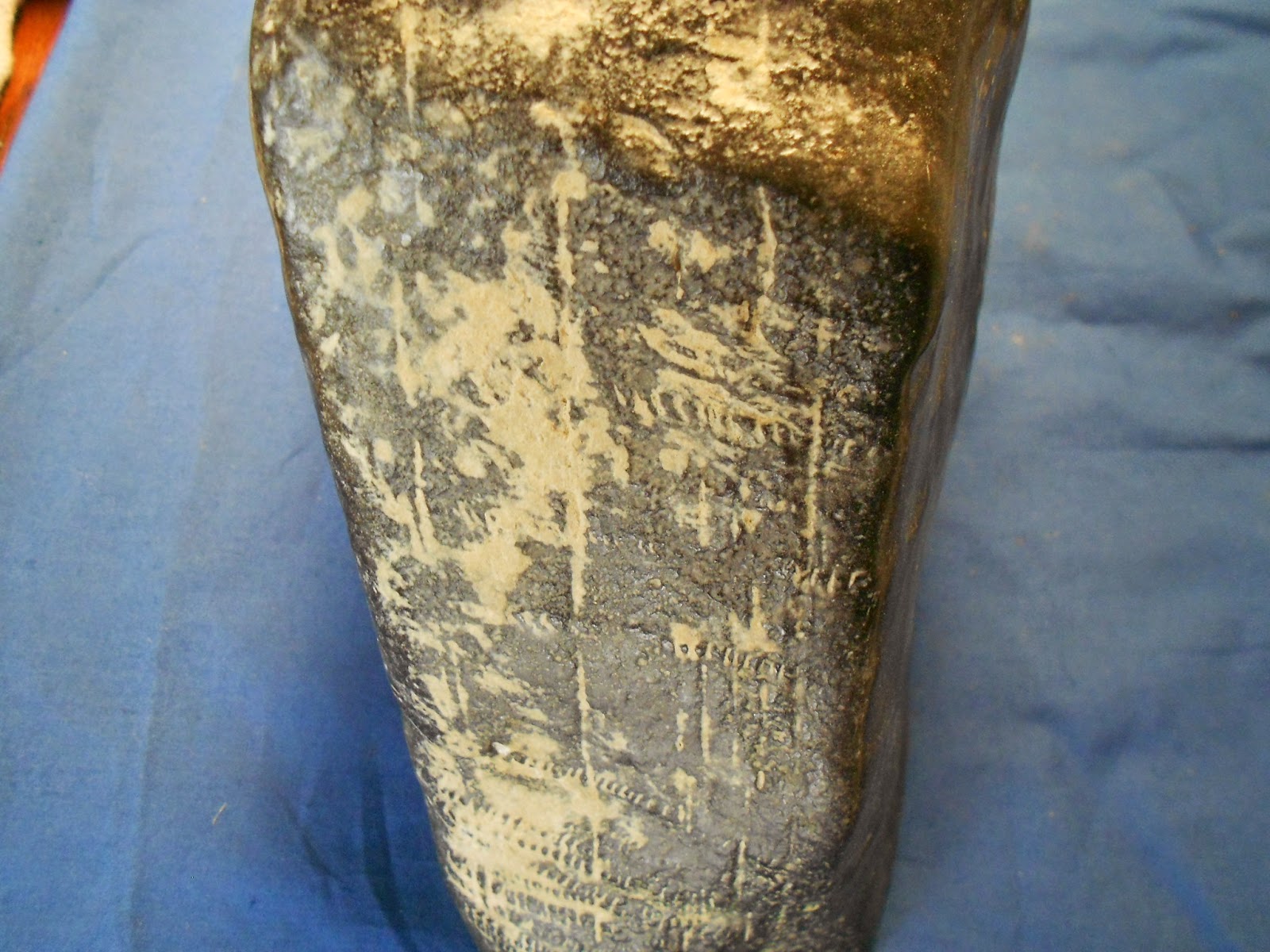 Several of the horizontal lines in this orientation have small uniformly spaced markings on them. The grid along with these markings would seem to provide all the necessary variables of combinations and arrangements for full expression of a complex written language. 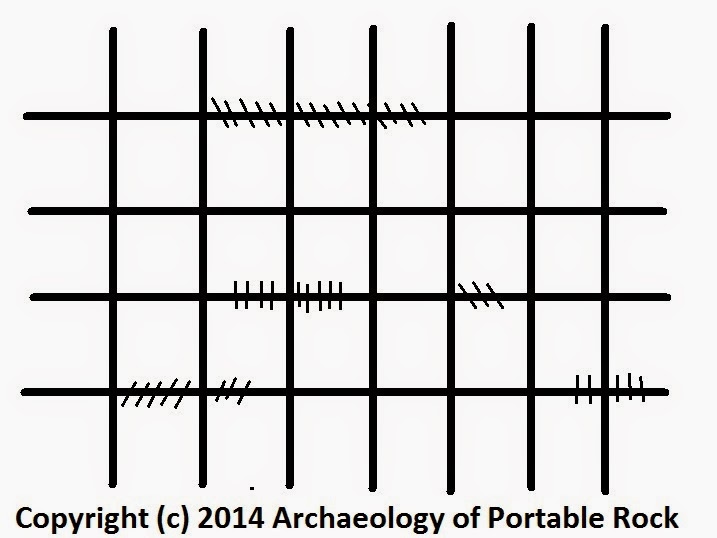 Ken Johnston generalized illustration of the kind of incised grid pattern including small marks which may be observed on the Arkfeld site artifact. 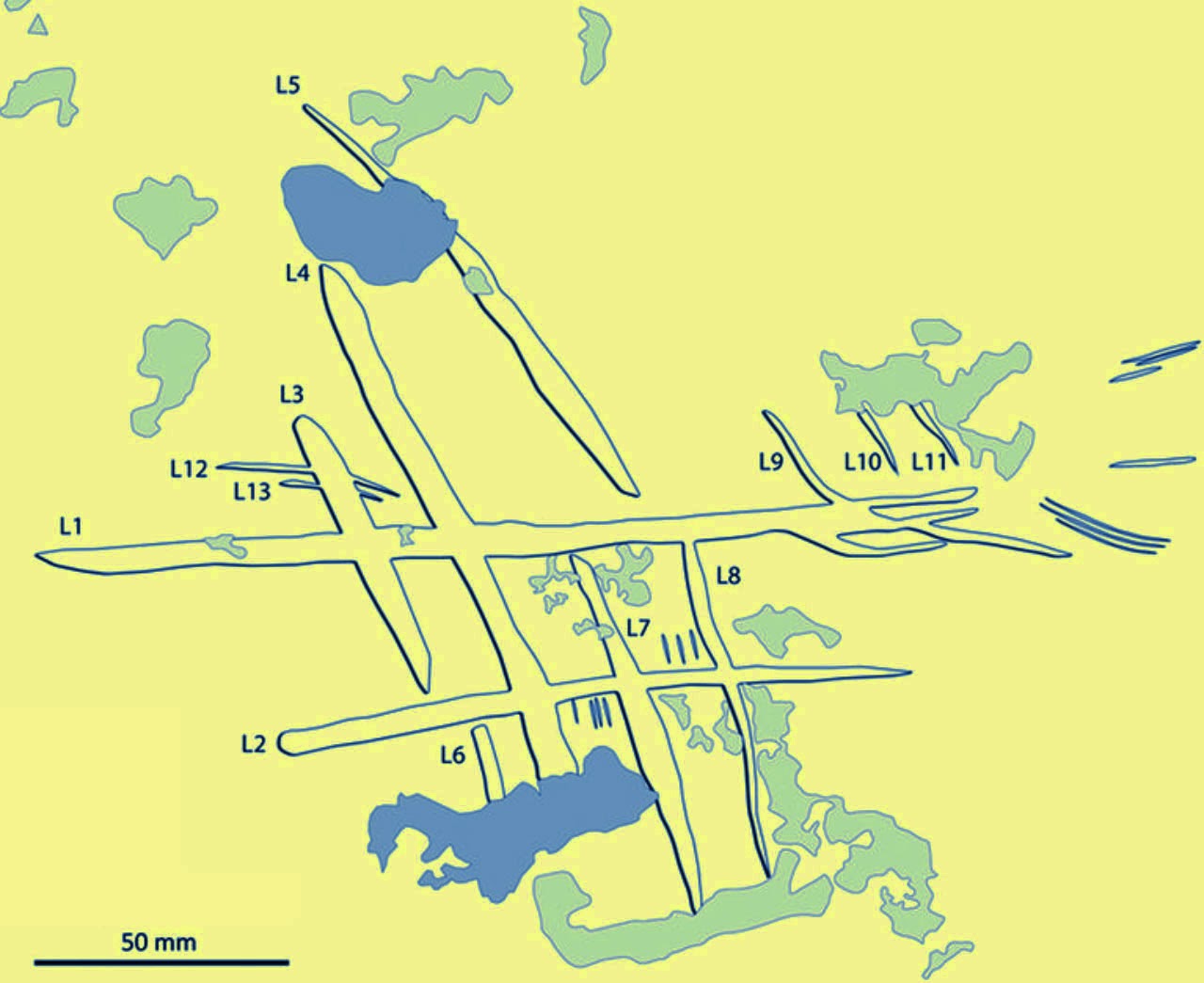 An analysis of the grid carving from Gorham's Cave, Rock of Gibraltar, dated to c. 39,000 BP, revealed by Clive Finlayson in September 2014 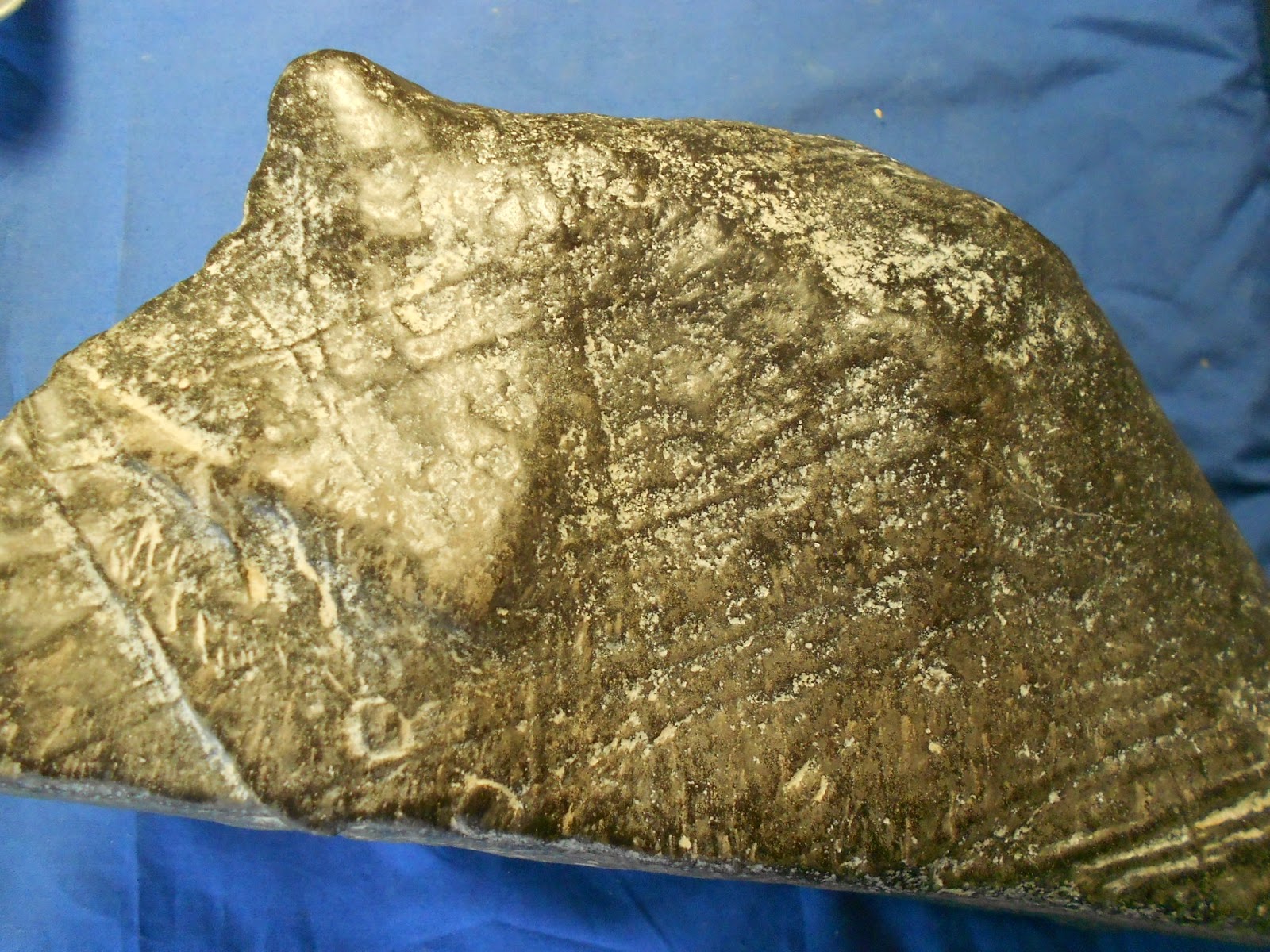 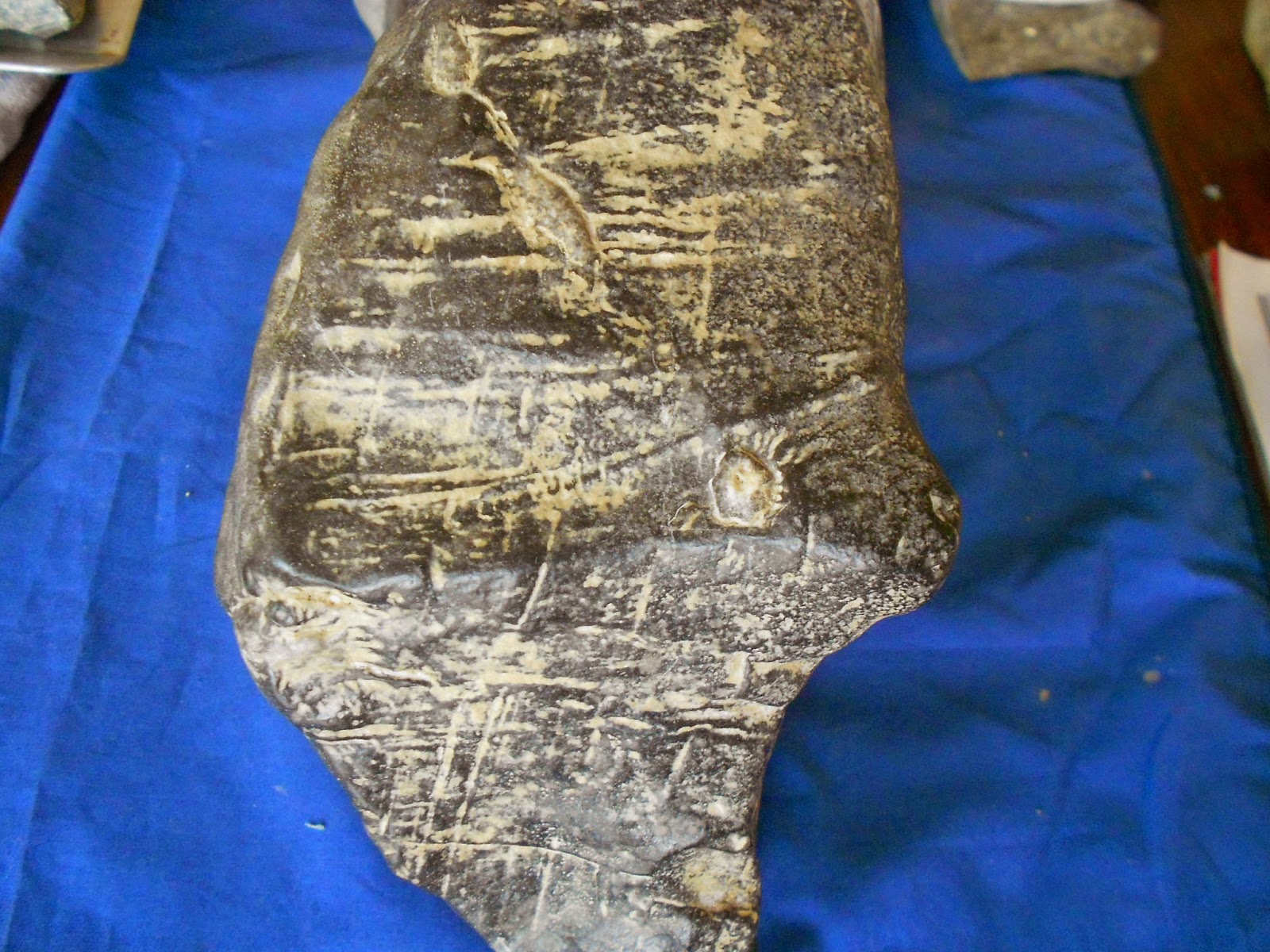 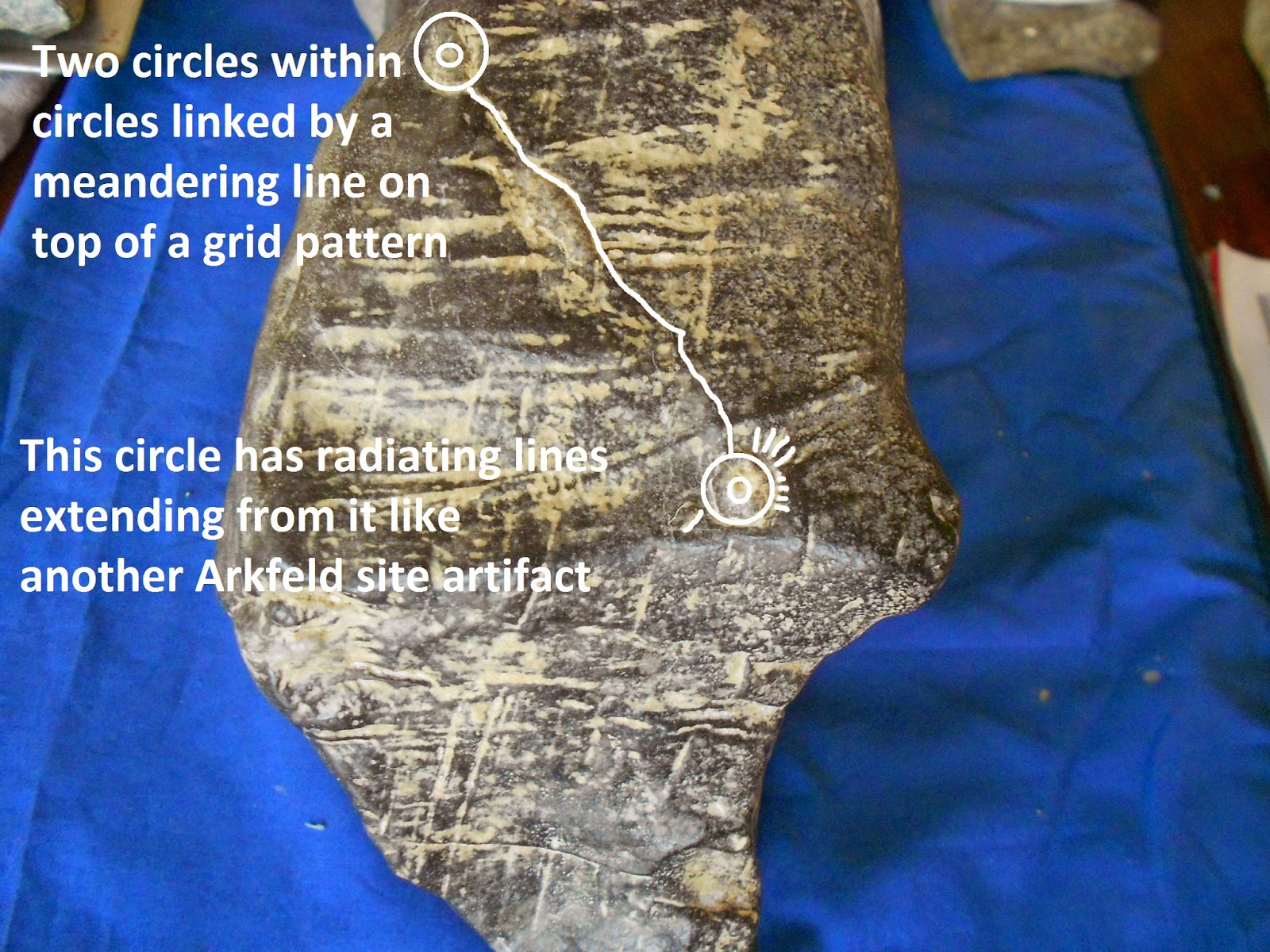 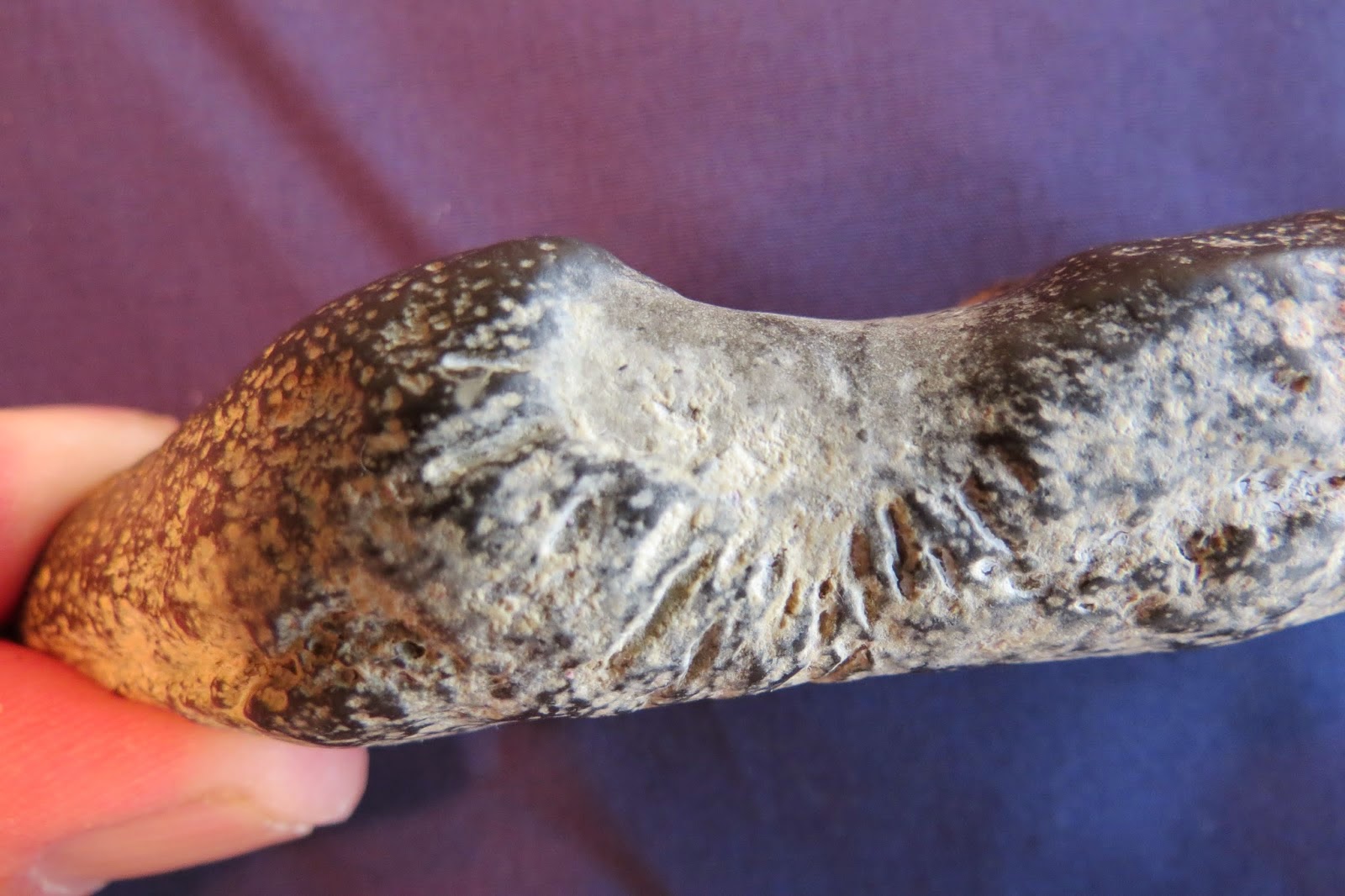 This abraded and incised stone from the Arkfeld site was featured earlier on this blog. It has incised lines radiating from a circle feature like seen on the incised stone featured in this post. This is a documented later Acheulean marking motif.
Posted by Ken Johnston at 12:26 PM