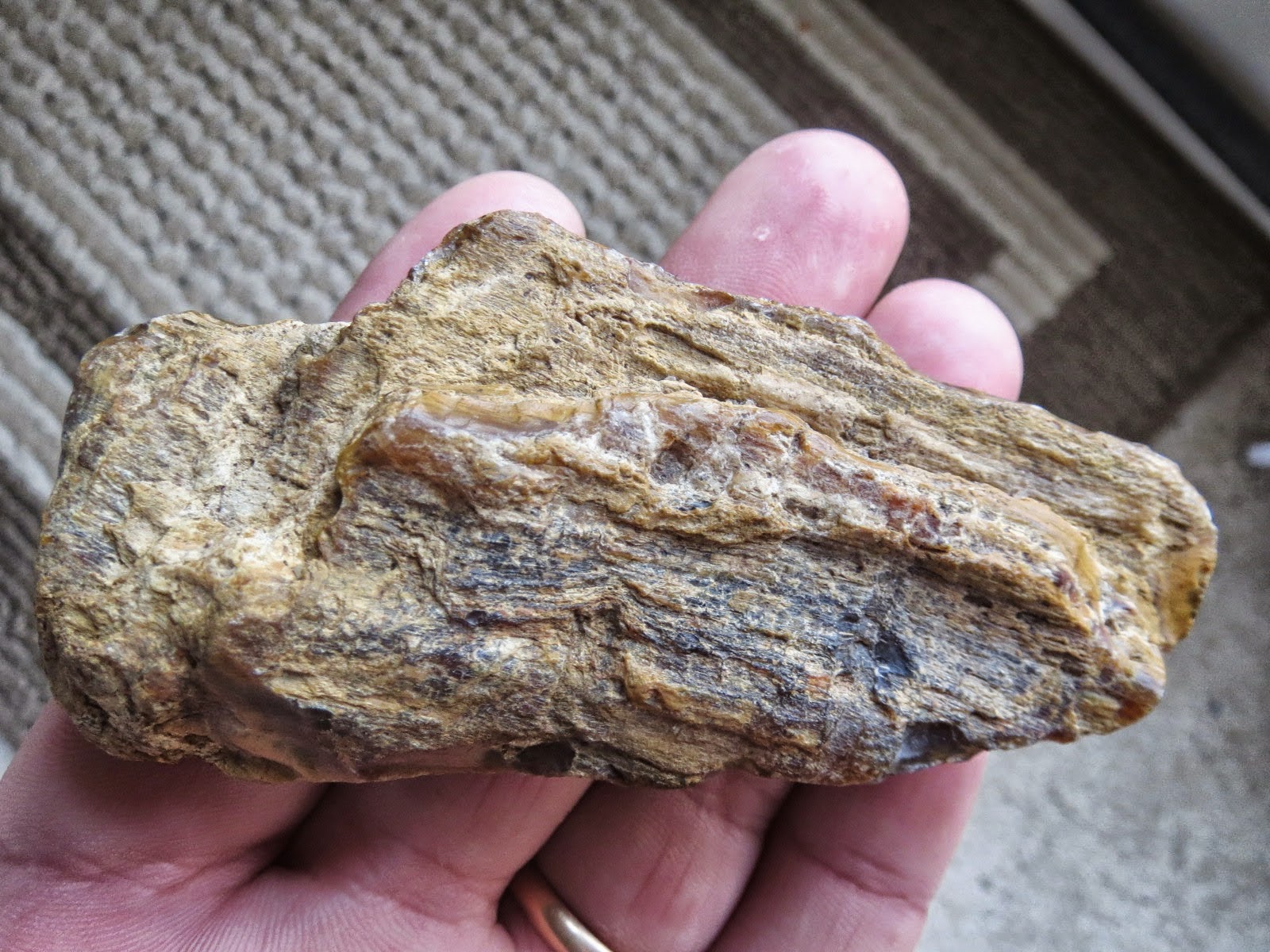 Chris Schram has interpreted this as a worked piece of petrified wood in a representation of the body of the Wood Bison. It was found in the context of many petrified wood portable rock art objects. While researching bison, Chris came upon the Wood Bison and noticed it had a prominent vertical hump above the shoulders and a straight, sloping, back strikingly similar to the one seen on the figure stone. 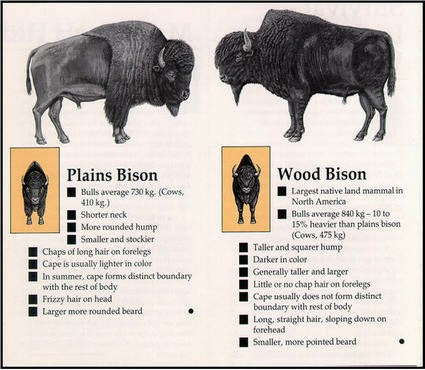 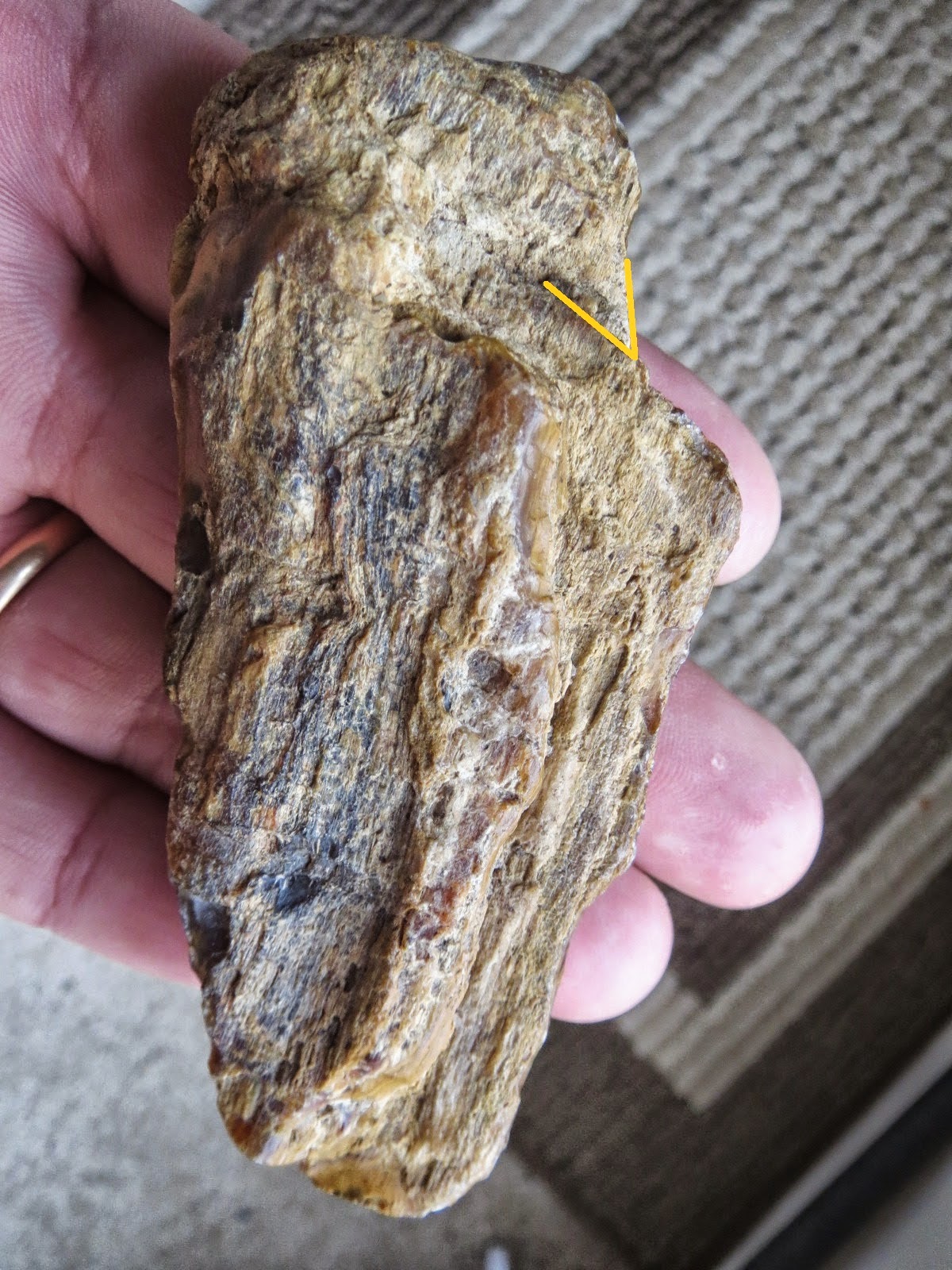 By rotating the Wood Bison image 90 degrees to right, the form may be interpreted as a bird, where the bird's beak and the bison's horn are approximately the same element on the stone (highlighted by my yellow mark up on the above photo). Thus, this may be a combination of two or more creatures on a single stone as is seen in so many other portable rock art examples on this blog. 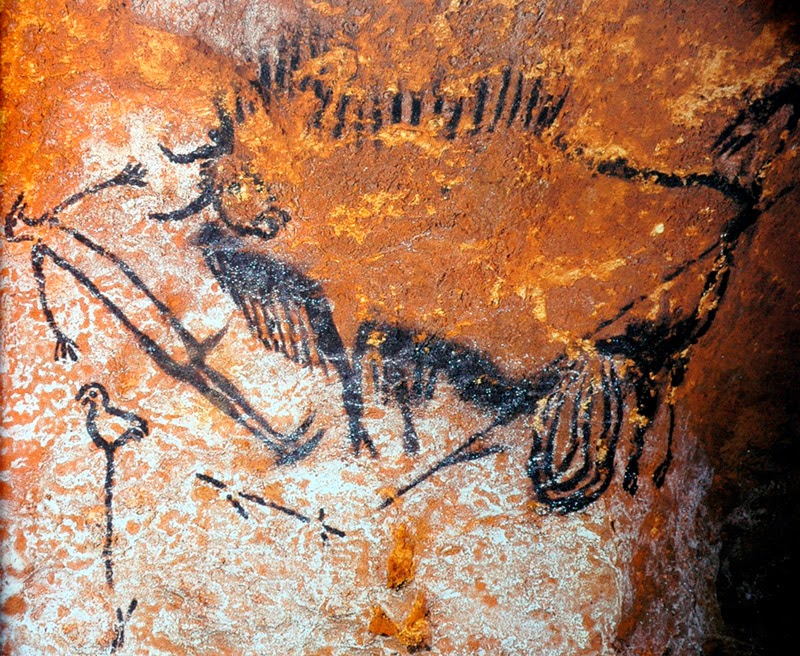 This famous scene from the cave at Lascaux, France, shows a man with a bird head, a speared bison with its intestines drooping to the ground and a bird on what appears to be a staff. The bison, bird and human combination is likely not a coincidence and probably reflects a related symbol system between North America and Europe. 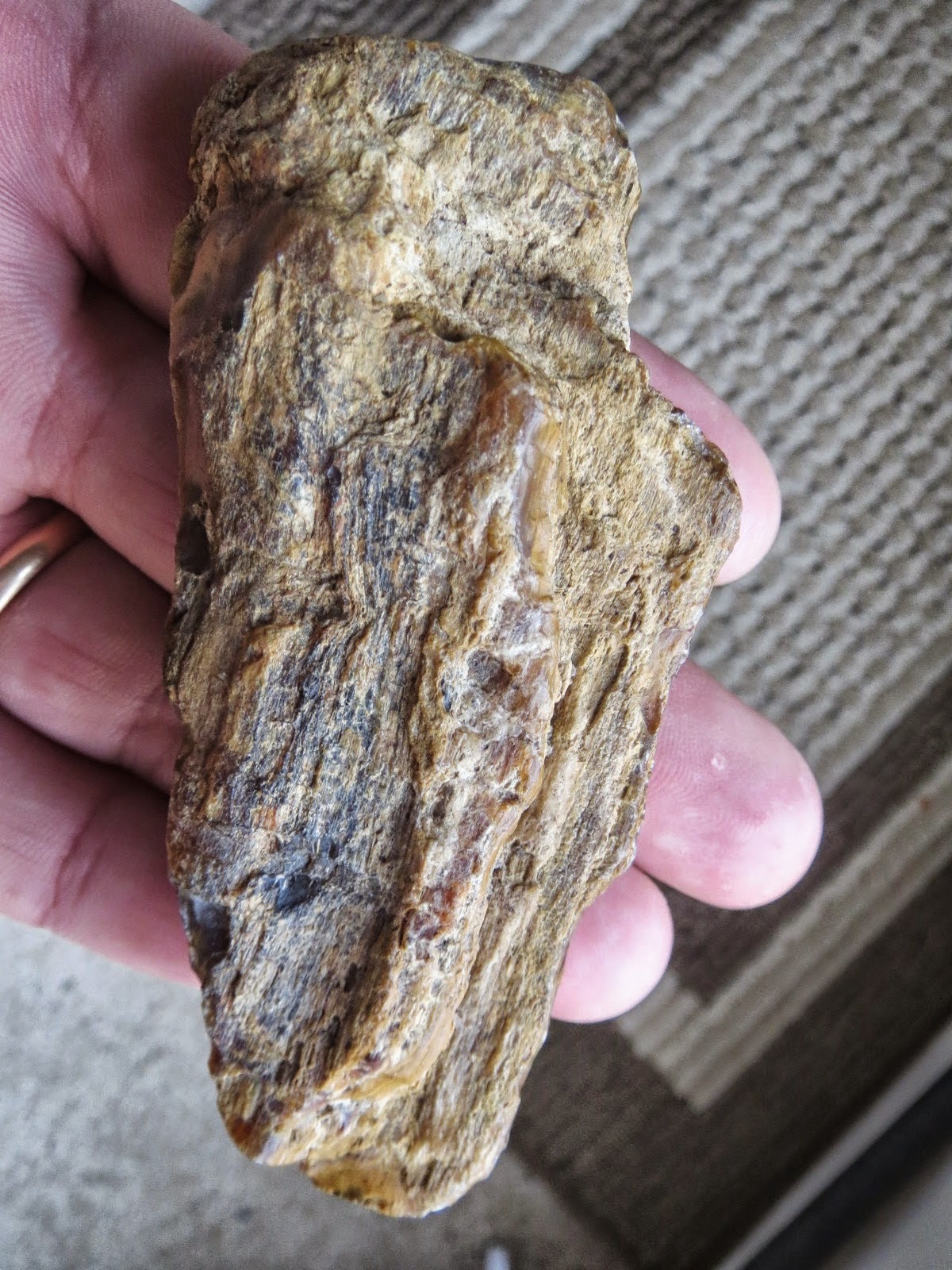 If you look carefully you may be able to see the face of a human in left 3/4 profile on the back of the bird (or belly of the bison, depending on your perspective). The human depiction on the back or tail of the bird is a motif seen on this blog so this object fits (and reinforces the validity of) a defined scheme.
Posted by Ken Johnston at 9:43 AM