One eye open, other eye shut, feline and human faces in micro-art on a pebble from the Columbia River valley 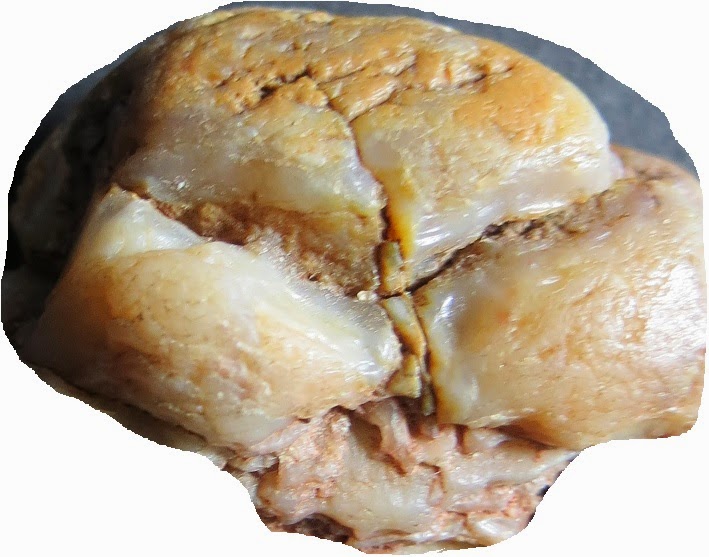 Isolated image from the pebble of a one eye open, other eye shut or missing feline face (with tongue out) interpreted by Ken Johnston. The right eye is a small cluster of quartz crystals and the left eye contains some empty space, affecting the known one eye open art motif. Figure stone find by Dennis Boggs at Irrigon, Oregon. 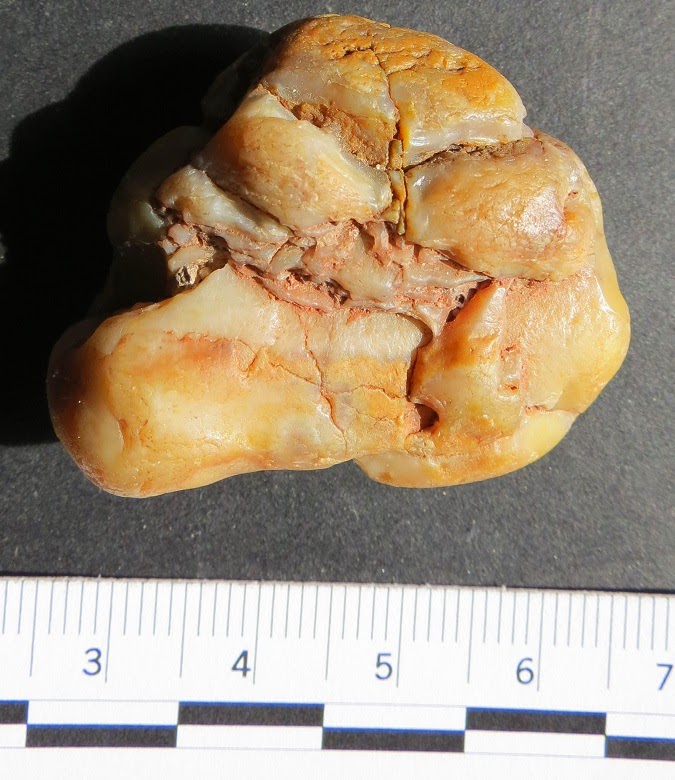 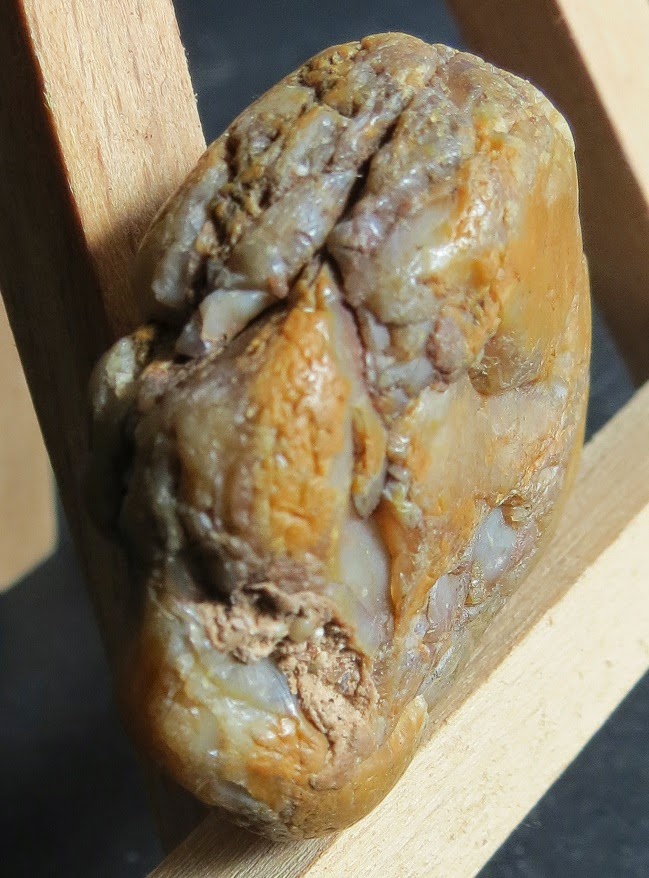 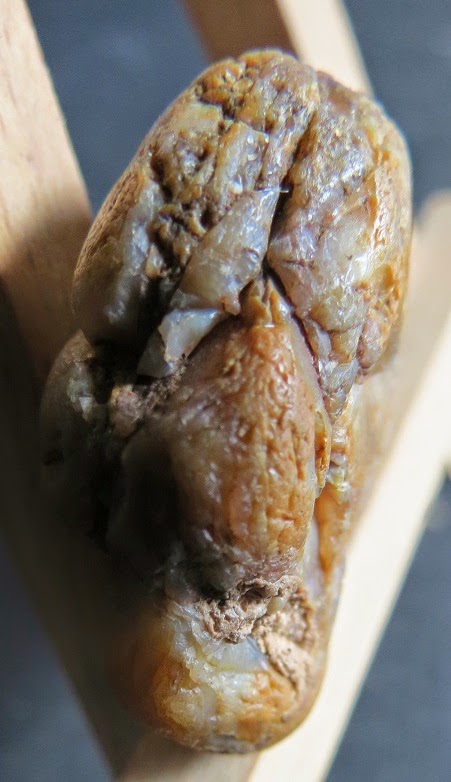 Here I interpret a human head with one eye open, other eye shut or missing representation on the same pebble. There are two nostril holes worked on this face to add the symbolic breath of life to the figure. There may a recognition or representation of the two hemispheres of the human brain on this figure.

One-eyed human and feline figures have been described from Eurasia as well as North America on this blog. Jan van Es of Roermond, The Netherlands, taught me what to look for in Paleolithic micro pebble art and this North American figure is similar to those van Es has shared from Lower and Middle Paleolithic archaeological sites he is familiar with from northern Europe. 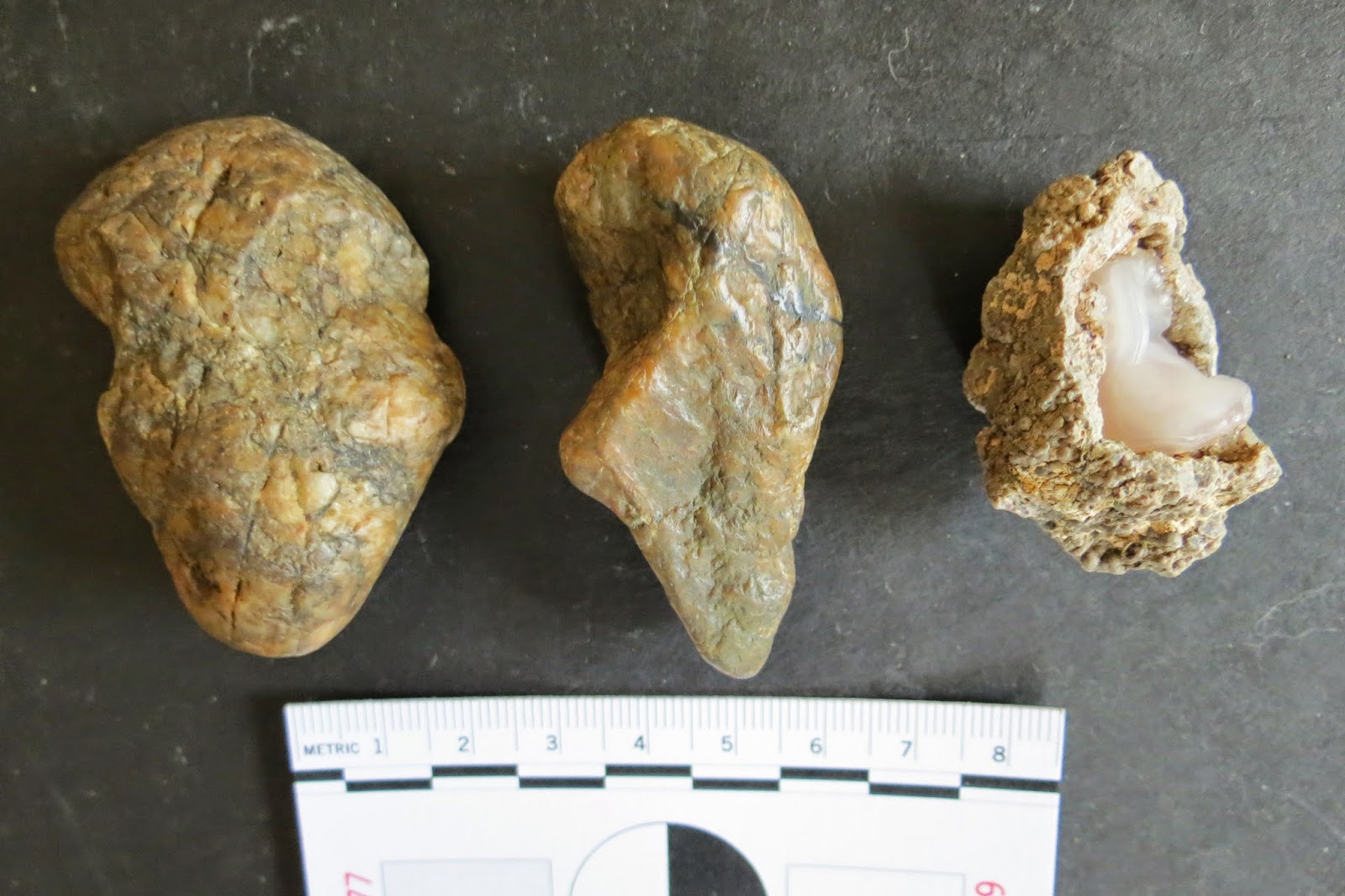 The typical context for Mr. Boggs' finds include worked pebbles like at left and center, as well as suspected manuported exotic stones like at right. A number of stones appear worked to access quartz crystal inclusions and will be featured in a future posting here. 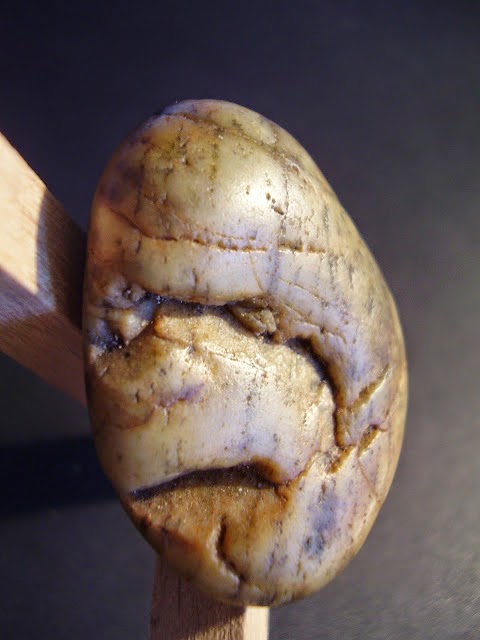 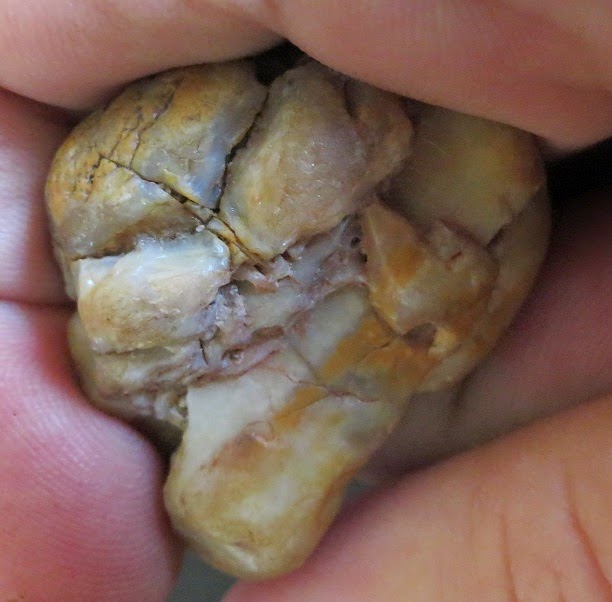 Feline figure as the stone fits most comfortably in the hand, as if the cat is reclining on outstretched front legs. The "front legs" feature is very smoothed as if worn by rubbing and accomodates the thumb perfectly when held like this. 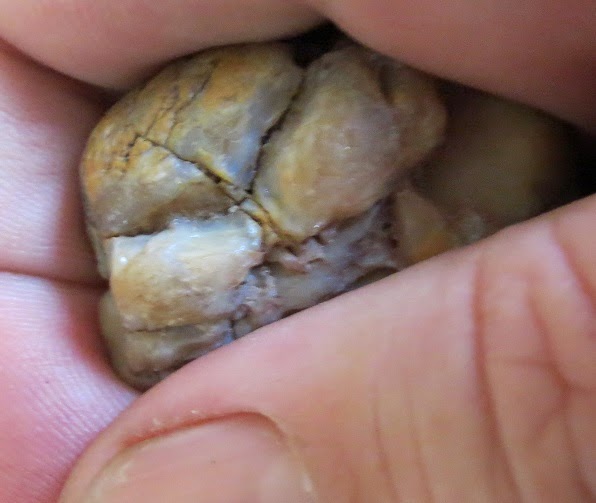 Feline face looking out from the "cave" created by the human hand when it is held as a "rubbing stone." 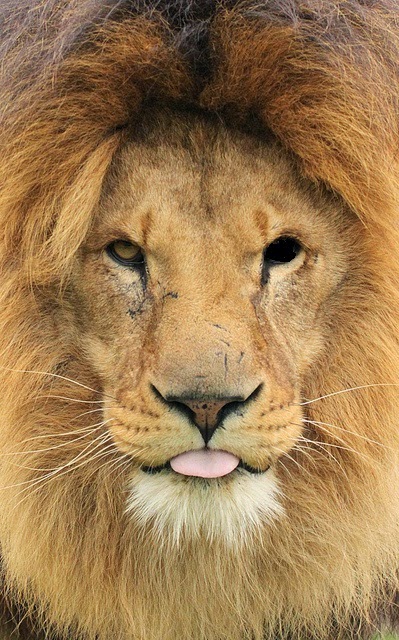 African lion with tongue out like feline on the figure stone (left eye illustrated as missing)
Posted by Ken Johnston at 11:42 AM