Pedra Furada, Brasil, sites have another American example of similar iconography to that claimed as Europe's oldest known cave art from ca. 37,000 years before present 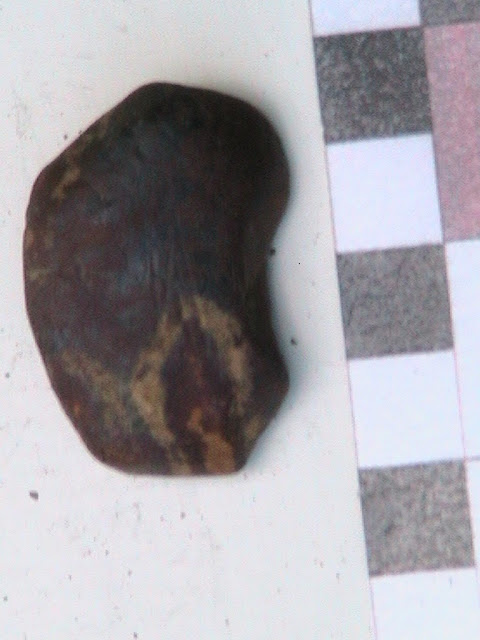 Ken Johnston find, Buckeye Lake, Ohio, interpreted as a vulva representation in 2 pigments on a pebble

This pebble has an oval in yellow pigment (yellow ocher?) with a red marking (red ocher?) inside the oval. The yellow and red pigmentation was striking in the field of otherwise drab stones which appeared to be related to a former cultural site, like an encampment. It was found within a few feet of another rock seemingly depicting two male erections and soon to be seen on this blog. This kind of motif is also demonstrated by R. Dale Guthrie as recurrent throughout palaeoart and as being representative of female genetalia based on it being found in context of female body representations. 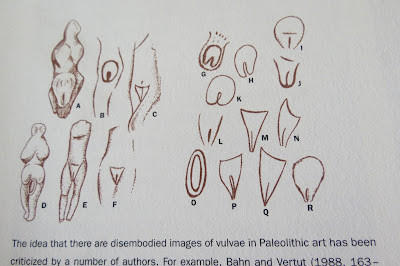 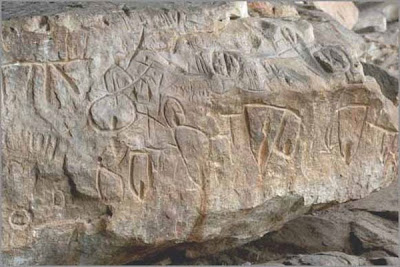 A non-portable rock art panel from Pedra Furada, Brasil. Human activity there has been dated to ca. 60,000 to 50,000 years before present. 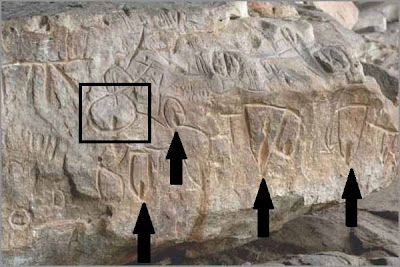 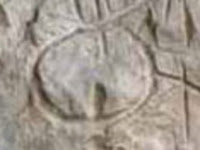 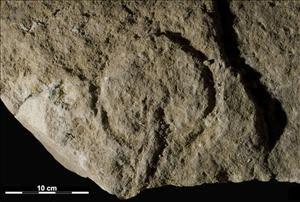 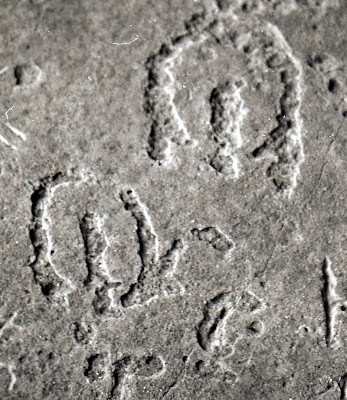 Missouri, USA, cave petroglyphic examples of what may be vulvae representations in a broad world tradition

It seems Europe, North America and South America have examples of this similar iconography which may represent female genitalia. This implies a connectedness of the peoples or art traditions which includes three continents and maybe more.