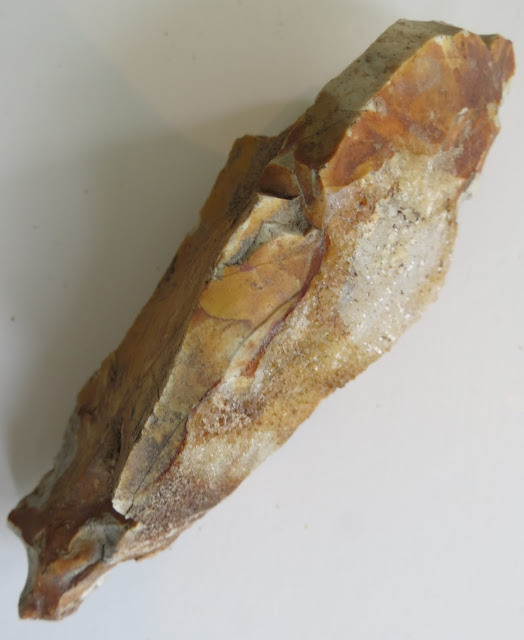 Another freak of mother nature "Crystal-breasted flint finch" or products of the human aesthetic sense? 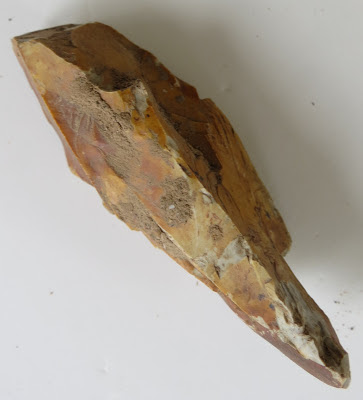 Side 2 view of same artifact 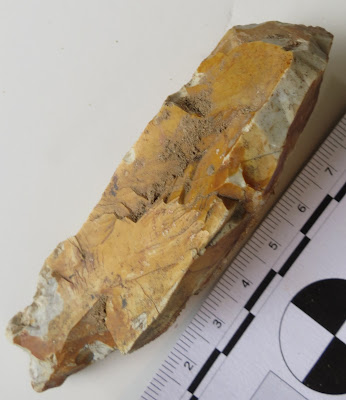 Side 3 view of artifact with scale

Due to an academic bias, a true Déformation professionnelle, in favor of "Indian mound art," with a genesis in the raiders of early North American archaeology sites of the late 19th and early 20th centuries, a highly distorted view of what most Native American portable rock art is like has been reported by Archaeology.

For example, the official 'state artifact' of Ohio has come to be an Adena culture pipestone tobacco pipe which is quite singular. There is nothing wrong with this except archaeologists and the public are not aware of the fuller range of typical lithic arts produced by the prehistoric peoples of Ohio. Objects like the Ohio Adena Pipe get the attention while what are more common nature-based portable rock art figures have been completely forsaken. Unfortunately, a public expecting prehistoric artifacts typical of those most frequently presented is not likely to ever recognize or report more likely objects as 'art.'

The bird figures like the one in this posting, for example, did not make it in to the early artifact taxonomies which were developed and it seems Archaeology has come to believe the universe of all stone artifact taxonomies in North America is known and essentially closed. Else, it would be open to true scientific examination of anomalous finds.