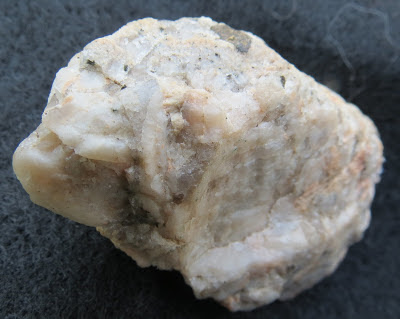 I have interpreted a smiling one eye open, one eye shut or missing skull, where the beak of the bird is also interpreted as the chin of the skull. The human's left eye is also the eye of the bird. (click photos to expand) 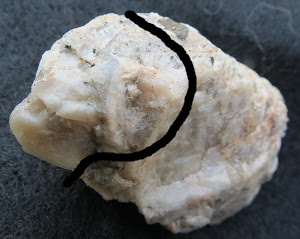 I made a mark up to define the left side of the smiling, one-eyed human skull artfully combined into a bird figure stone 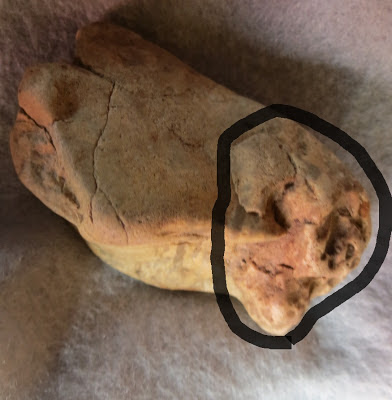 Mike Raver find, Zanesville, Ohio, identified as a bird figure, with an optical illusion where the bird's beak is also the chin of a smiling one eye open, one eye shut or missing, skull.

I propose the Hemet, California, bird figure is made in the same tradition as the one from Zanesville, Ohio, demonstrating a heretofore undescribed Stone Age art continuity across 2000 miles of North America.