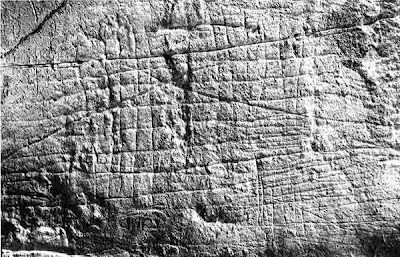 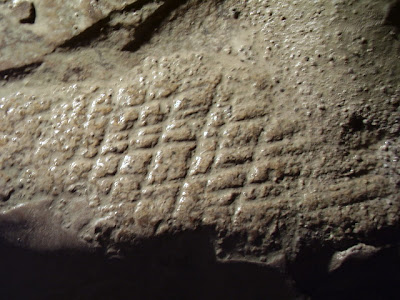 Although not portable rock art, the grid, or lattice, motif is known to rock art scholars. Its possible presence in the Americas, in Ohio, may provide support for the hypothesis of paleo rock art being found here as well. I noticed two side by side grids in a Bellevue, Ohio, cavern which was present during the Pleistocene. Its surface contact points were plugged with glacial mud during the Wisconsinin glaciation which may have hidden/blocked the cave from human access for some time. The cavern was discovered by two boys rabbit hunting in the mid 19th century who stumbled onto a sinkhole which led to an entry. These grids were on a flat surface which presented a nice "seat" at the edge of a room in the cavern.

If one compares this grid to a profile of the cavern system (last photo), it seems the grid could be a kind of map. There are seven levels to the cavern and seven "ladder sections" in the middle of the grid as seen below. 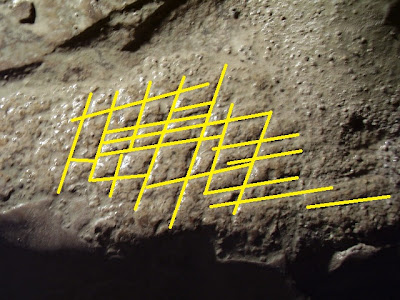 Seneca cavern 25cm grid with markups highlighting lines. The starts and stops indicate the grid was constructed with deliberation greater than just etching perpendicular lines. There is small amount of modern grafitti in the cavern from the 19th and early 20th centuries before the landowner installed an iron gate. It is along the line of "James loves Harriet." Although there is no way to prove these are prehistoric grids, their underground river context similar to Koonalda's, supports their antiquity.

There were other possible art features in this cave which I plan to return to with better lighting and photography equipment. It seems North American cave art needs to be more thoroughly investigated. The landowner said no one had ever examined Seneca cavern for art before my visit. 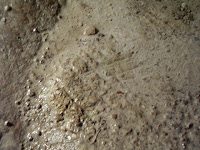 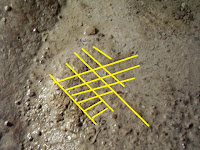 A second 15 cm grid was next to the larger grid. (click photos to expand) 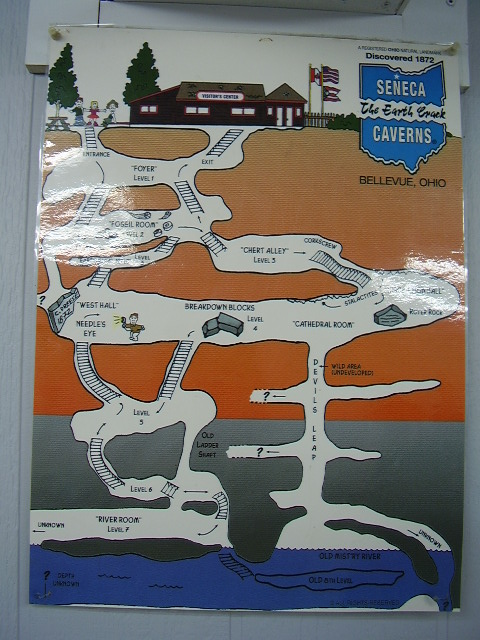 A profile map of the Seneca caverns, Bellevue, Ohio