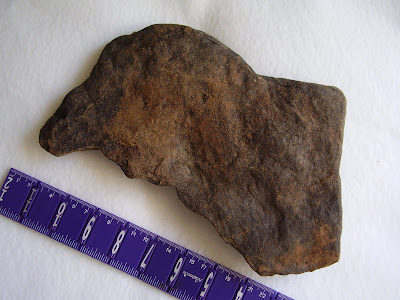 Limestone plaque with possible bird head profile, from near Hawks Nest state park, Ansted, West Virginia, near the confluence of the Gauley and the New rivers. The park is named for the large numbers of birds of prey which nest in the old stone cliffs in the rich riparian environment.
Artifactuality is not evident on the tablet itself but its context, find location and possible imagery make it a candidate for recognition by someone in prehistory resulting in it being among crude tool lithics on the valley floor.  The discovery of two bird heads in a small survey area make it possible some more could found in the immediate locale with a closer look, and this could reinforce the liklihood of artifactuality here. 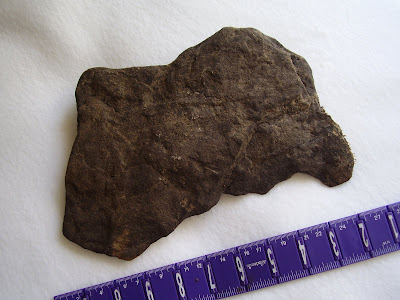 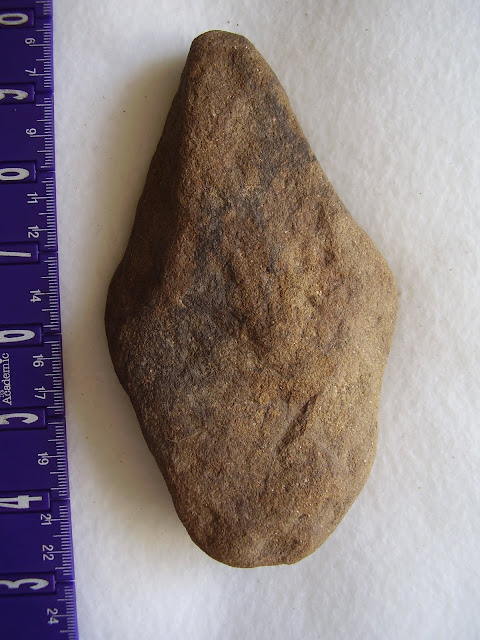 A human shaped stone from the survey site, 30 meters along a West Virginia creek bed 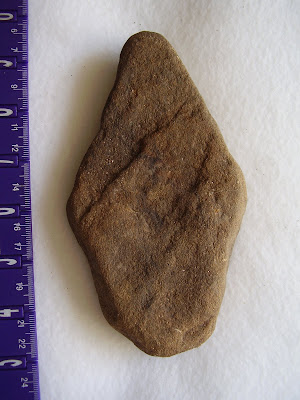 side 2 of human shaped stone exposed by Shade Creek 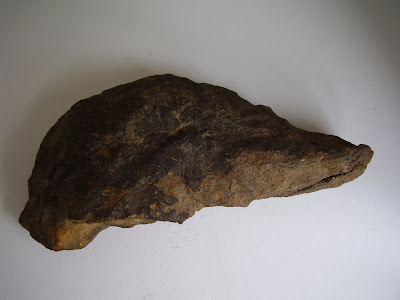 A suspected duck head figure stone found in the same 30 meter surface survey of Shade Creek in Kanawah County, WV.  Even though the subject of this posting does not have any plainly evident signs of human agency, having found it in a cluster with this duck head and tools, make it possible it was worked into form or perhaps at least recognized as being bird like and manuported to a cultural site.  The duck rock was the subject of an earlier posting found here: 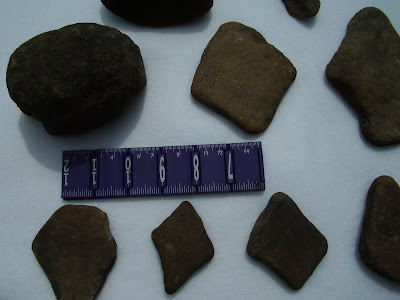 An unnatural number and proportion of triangular or rhomboid shaped flat stones, enough to demonstrate a pattern of human agency to me, were found in a sampling of the current bed of Shady Creek, Ansted, West Virginia.  The creek bed cuts 1 to 2 meters into the valley floor, exposing suspected crude tools and a couple of bird figure art artifacts. 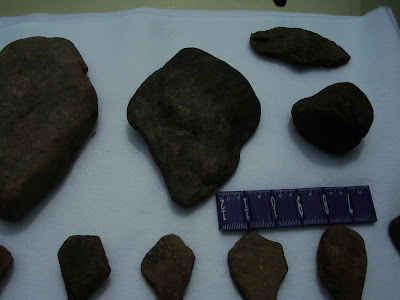 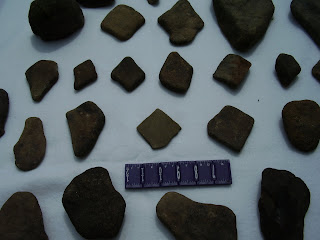 My interest in crude and opportunistic stone tools led me to observe patterns of human agency on non-tool artifacts and artifacts which resembled simple images of people and animals.  This led to my study of portable rock art.  In West Virginia, I was able to find an abundance of worked stone material and two possible bird head sculptures from a random stream-cut valley floor location in the hollow.  Thanks to Bill Niday family for allowing me access to their land. 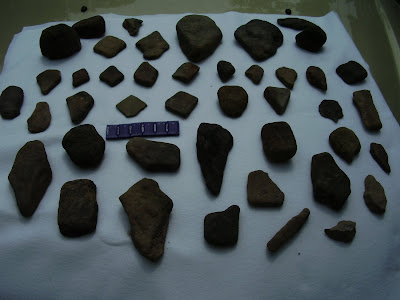 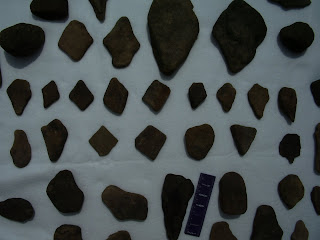 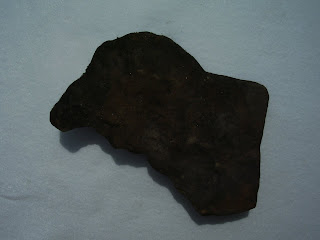 The near 90 degree angle in the lower right corner of the plaque, almost as if the bird head is truncated by the corner of a "frame," makes it possible for the object to rest on a horizontal surface in a correct viewing orientation.  The head could have been inserted into a slit or gap on a log or wooden staff for display or as a wooden bird body the stone head was attached to. (click photos to expand)
Posted by Ken Johnston at 4:29 PM