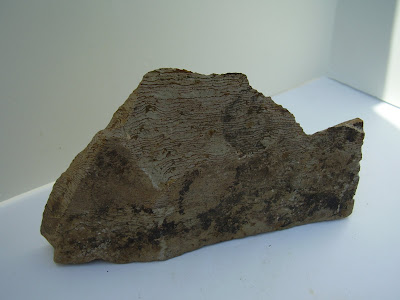 Fish sculpture from Irrigon, Oregon, Columbia River valley may have been inspired by wavy sedimentary inclusions in the stone material itself.

Found and hypothesized to be humanly flaked reduction by Dennis Boggs, Boardman, Oregon. The artifact is interpreted as an intended fish sculpture by Ken Johnston after examination and study. The fish stands upright on a perfectly flat "belly." It also stands, albeit precariously balanced, upright on a short, perfectly flat, "tail," hinting toward human design in the piece, not just the hands of Mother Nature. 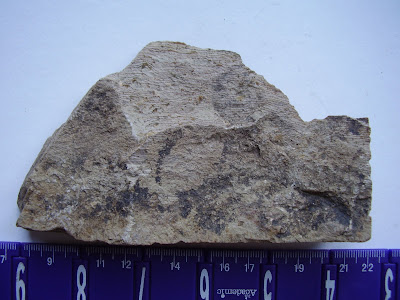 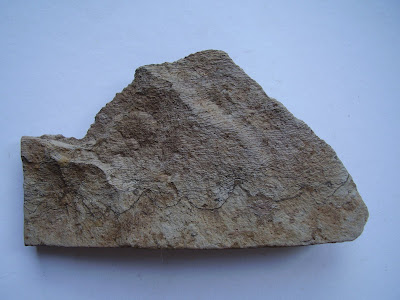 Click photo to expand view to see wavy inclusions in the stone material which may have inspired the artist to make a fish. 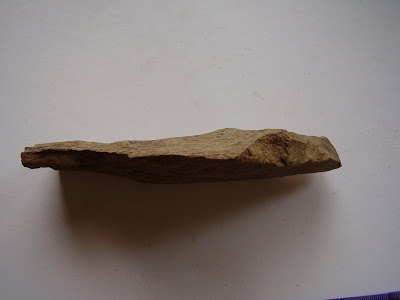 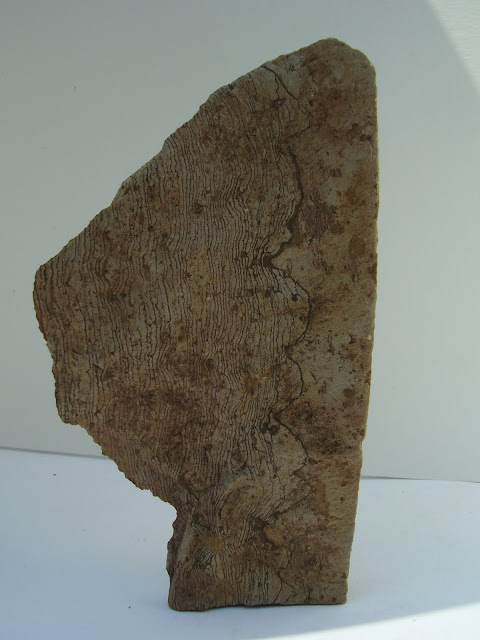 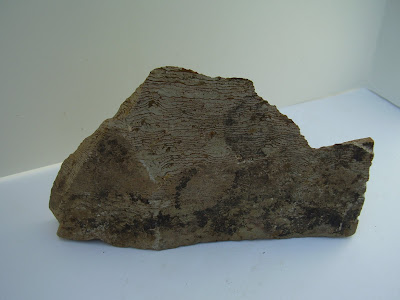 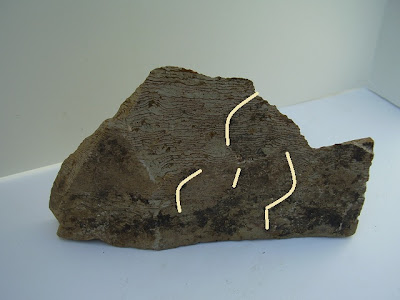 This is the same photos as the one above, only with mark-ups indicating possible residual material on the rock which may indicate a representation of a human face in a pigmented substance painted on this sculpture. The rounded upper eye orbits are also in contrasting surface relief on the stone. 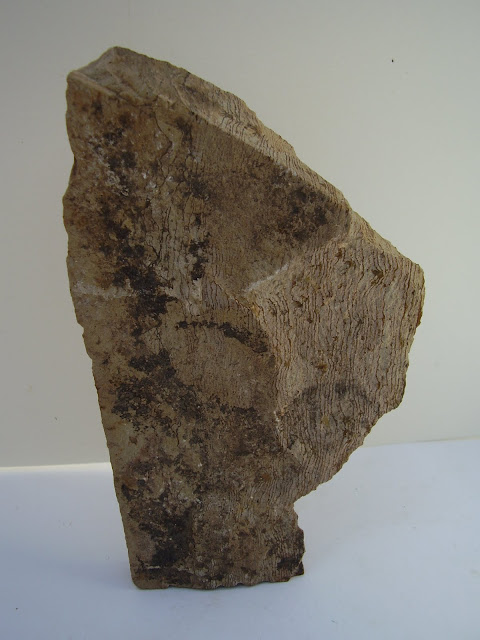 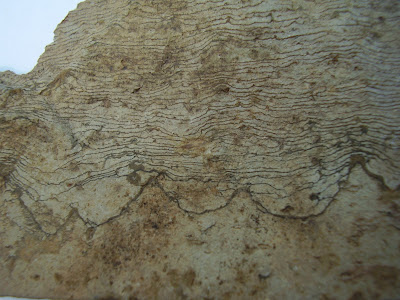 Water-like waves in the rock material shown up close. It is hypothesized the waves were recognized as significant in pre-history and inspired the artist to make a water creature, a fish, out of the stone material.  The fish seems to have some salmonoid qualities and may have been representative of a particular fish species from the nearby Columbia River.
Click photo to expand view to see these little waves up close.  Nature provides the starting ideas for many portable rock artists of the past.
Posted by Ken Johnston at 2:50 PM

Email ThisBlogThis!Share to TwitterShare to FacebookShare to Pinterest
Labels: Boggs, fish, OR, pitch