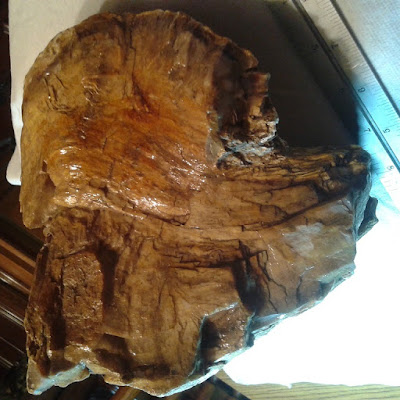 As a rock and mineral collector, Mark has identified numerous portable rock art figures in his locale which cannot be accounted for by natural coincidence. Mark uses a microscope to evaluate rocks for evidence of human modification. 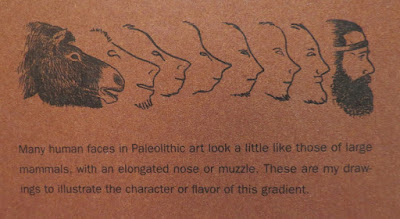 Mark's identification of an anthropormorphic head figure with evidence of human modification is compatible with animal and human head forms as described on a gradient by R. Dale Guthrie in his book The Nature of Paleolithic Art. 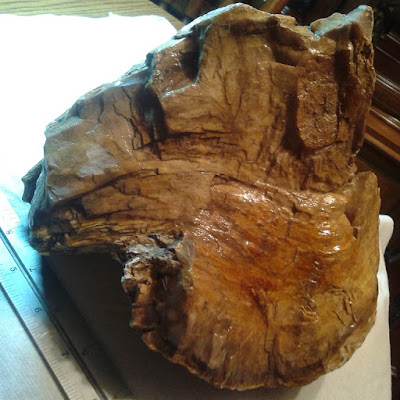 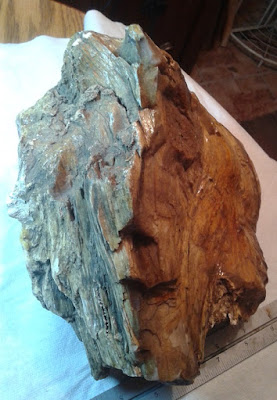 In this view of the stone is a human head where the nose line splits two facets of the stone. Each of the visible facets has one of the face's eyes. 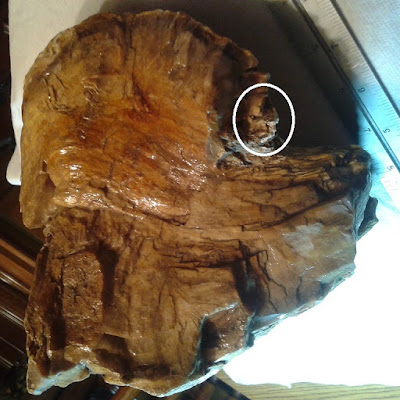 Circled in this illustration is a carving of a human face nested within the sculpture. 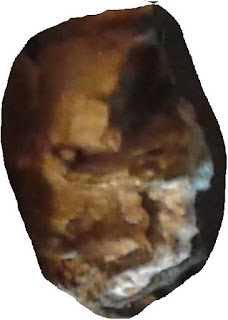 Close up of the little human face carving 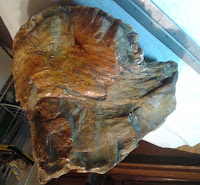 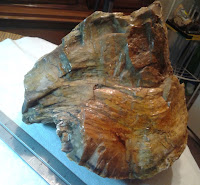 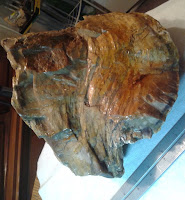 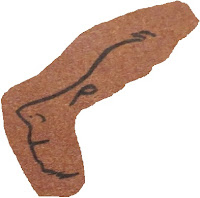 When the zooanthropomorphic head is rotated 90 degrees on its way to the lion head, it presents another clear human head left profile figure compatible with the R. Dale Guthrie Paleolithic human head continuum. (Guthrie image reversed to face same way as rock image for ease of comparison.)
Posted by Ken Johnston at 8:49 AM