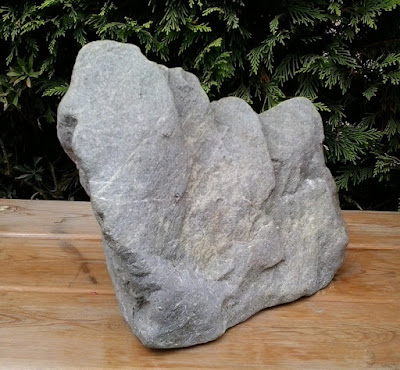 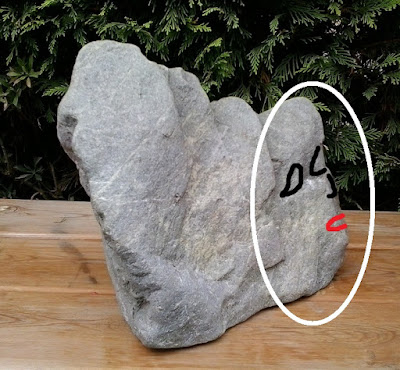 Ken Johnston illustrated interpretation of the human facial profile on the posterior of the France mammoth.

The presence of this art motif on coastal France and near coastal North America at the Arkfeld site in Virginia may indicate a Paleolithic intercontinental cultural connection via the Atlantic Ocean. Please see the posting just prior to this one for two recently found American examples which compare favorably to this France example. 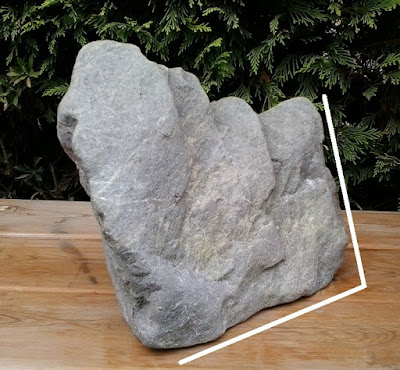 This sculpture has two flat 'bases' it will stand upright on 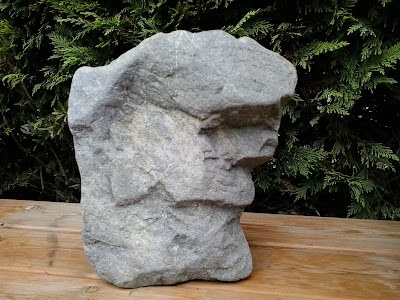 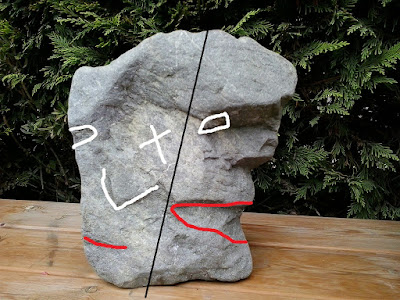 The sculpture has two human heads joined together. The one on the left may be an example of the Paleolithic art motif 'right eye open, left eye missing' where the 'x' represents the place of the missing eye. The line indicates an approximate split of the two heads.
Posted by Ken Johnston at 10:13 AM