Bird heads are one of the most common motifs in portable rock art found in the United States.  The three specimens above were found in a cluster in an agricultural field now mostly covered by a highway rest area, near the modern day shore of Buckeye Lake, in Licking Township, Licking County, Ohio. Another example of a turkey bird head from this site was featured in an earlier post.  Pam Douglass, another amateur who works sites about 8km distance, also reports finding multiple "birds" and "bird heads" in concentrations. 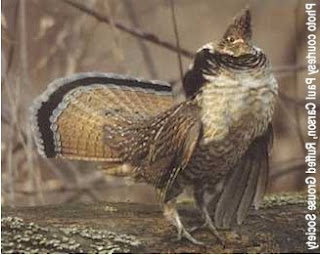 Ruffed Grouse, king of 2-5 acre territory, males pound tails on hollow "drum logs" to defend area and attract mates. Survives the hardest winters which kill off other game birds like pheasant and turkey 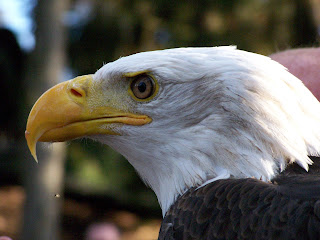 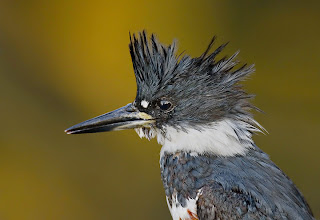 Belted Kingfisher, sits on a branch overlooking water and dive-bombs into the water to catch fish. The Kingfisher figure stone was executed in "Coschocton Blue" flint and includes a creamy inclusion at the neck just like bird.  Both the bird and the flint have a very similar slate blue coloration.