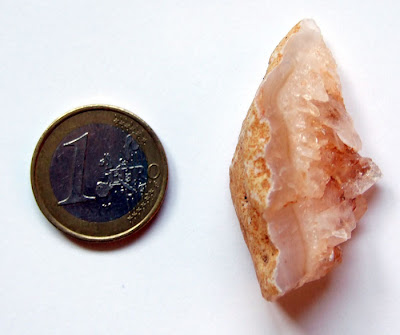 From Barstow, California. Humanly flaked stone may be retouched to highlight human facial features on both sides. (artifact is ~4.5cm tall)
Alexis Bousiges of France has collected numerous rocks of anomalous nature in the Barstow, California area. Other fossil collectors in this area have found rocks on suspected cultural sites which appear to have evidence of human work and which may incorporate simple imagery.

Sometimes people who identify possible intended imagery in stone material are told by archaeologists the articles are products of mother nature and not humans.  The same articles can then be examined by petrologists, geologists, minerologists, lapidaries, flint-knappers and others familiar with stone materials, who detect human agency and artificiality and can describe how it was produced as an artifact.  One must rely on the original context of the finds as well as knowledge of qualified people, who may or may not be archaeologists, to assess whether a particular object is an artifact of human creation.
Barstow, California, is located in the vicinity of the Pleistocene era Lake Manix, which is suspected of hosting humans as evidenced by the nearby Calico Early Man Site which was investigated by famed paleo-archaeologist Louis Leakey. Europeans with a more diverse human and archaeological history of stone art and tool technologies are able to deduce that large numbers artifacts exist on the surface and are eroding from exposed sediments all around the Barstow area. 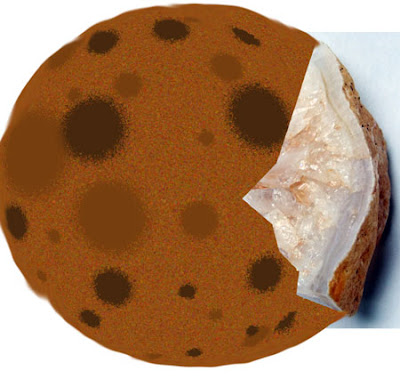 Illustration by Alexis Bousiges of human flake removal from original core. "What we have here is a "fragment" of a Crystal-Agate geode. Due to its form, we can imagine how the original rock looked."

On the blog Paleoface, Alexis writes "This fragment was found "As Is" on the same paleo site where the other pieces have been found. So, this little fragment was certainly "extracted" by a man... AND retouched, as the picture below is showing you:" 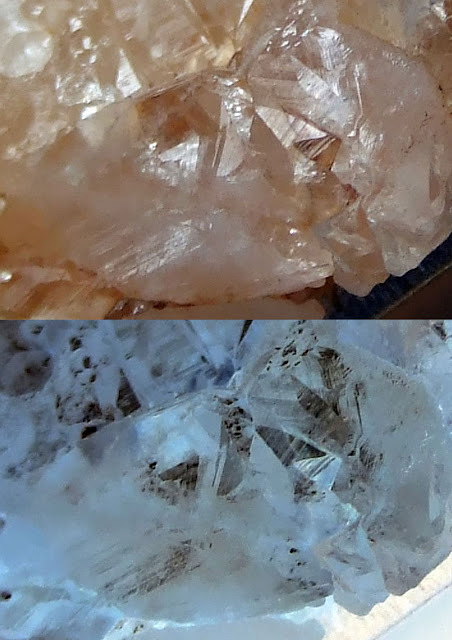 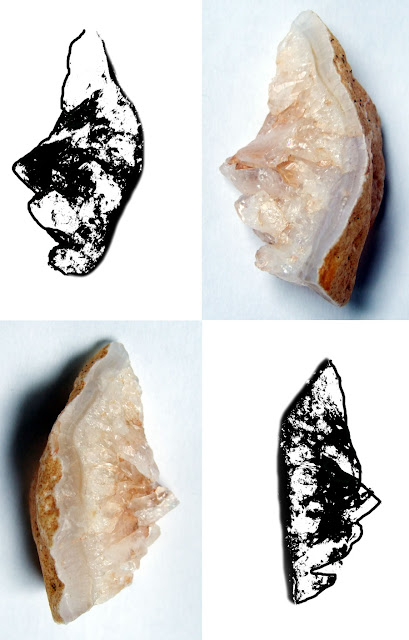 "Finally, here is what the man wanted to represent, the profile of a man's face on each side." -photos, illustrations and analysis courtesy Alexis Bousiges, France.