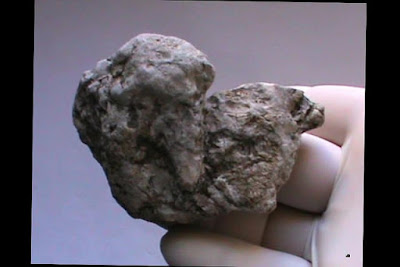 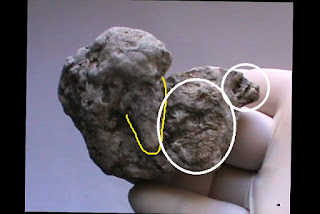 Ken Johnston illustration of the bill of the duck looking back to the right with a circle around a human face depiction and a circle around the head of a creature facing right as if emerging from the duck's 'tail feathers.' This animal resembles a 'seal.' 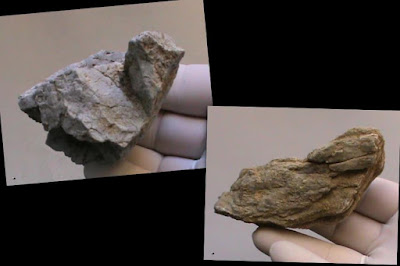 (Left) A flaked bird figure with eye divot and bill tucked into its back feathers and alternately interpreted as a bird with beak pointed right. (Right) a duck figure with its head turned back. This art motif is described as early as the Lower Paleolithic ca. 500,000 BP by Mrs. Ursel Benekendorff of Germany who has called it the "preening water bird." I have referred to it as the "sleeping duck" motif as well.

There are commonalities with some Italian and North American finds like this which suggest a trans-Atlantic cultural connection in the Stone Age. See the prior posting of similar birds from Virginia's Arkfeld Site.

Luigi Chiapparoli is a recognized independent rock art investigator working in the Piacenza locale. Numerous stone figures and landscape rock art features have been identified by Lug and featured earlier on this blog. 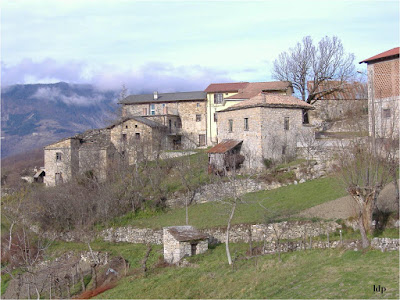