San Saba County, Texas, lion head figure depicts a crouching human inside it by an alteration of its translucent aspect 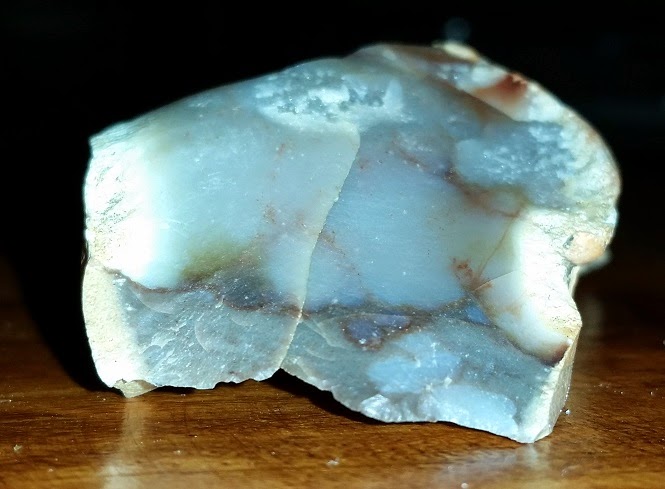 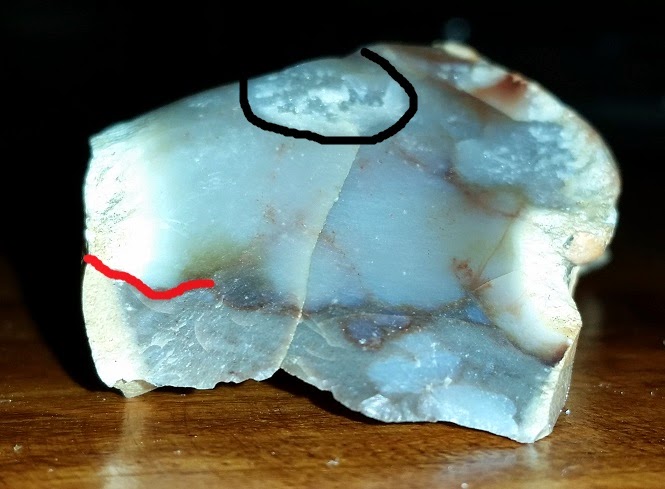 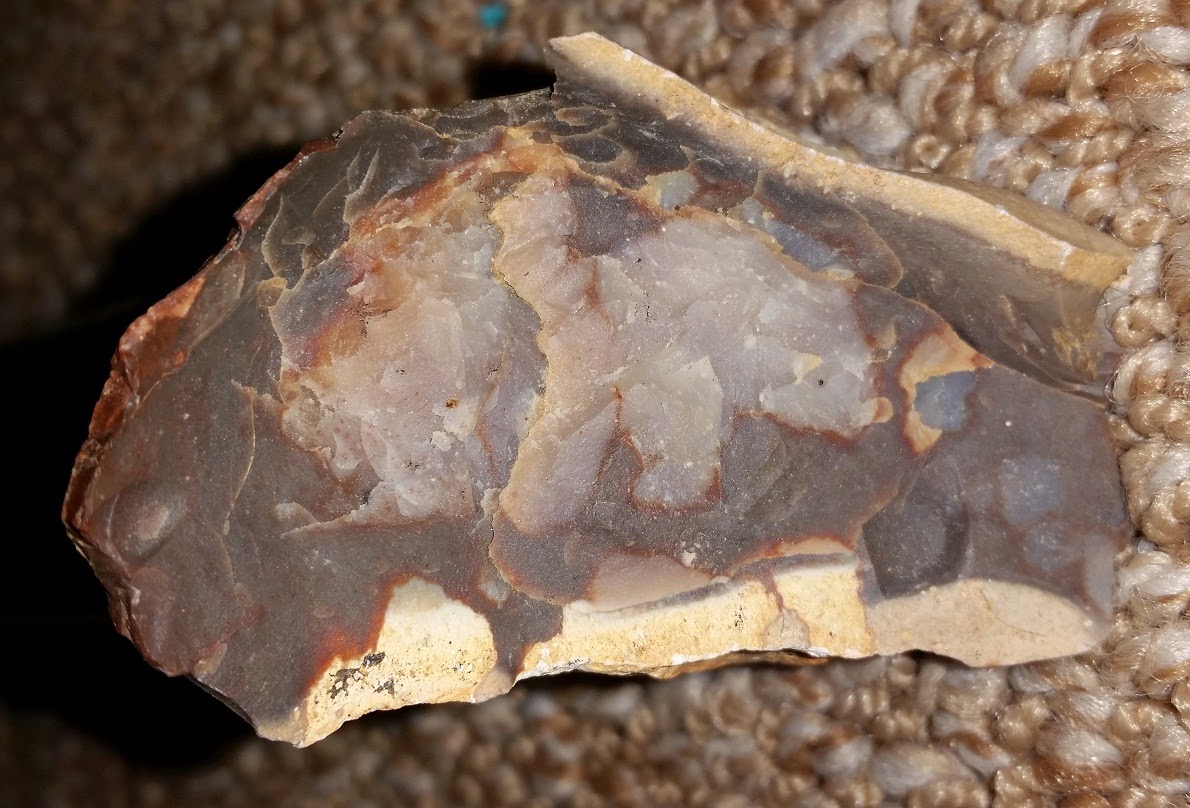 Side 2. Chris noticed the translucent aspect of the stone and what appeared to be a worked area of selective stone removal to leave a back lighted image of a human  crouching or crawling on all fours. Chris writes:

"I began examining this particular piece and it looked to be translucent in most areas. At that point I decided to place a light source behind it and this is the result. I see a figure of a primitive man seemingly crouched or squatting position looking out and upward from his shelter. There is much more going on in this piece however. There are many tiger like attributes as well as a buffalo and human head profiles, even a large sabre tooth which is also the top of his shelter and a snake along the top ridge. This piece, to me, is the most amazing that I have ever seen because the figure of the man is carved into the rock." 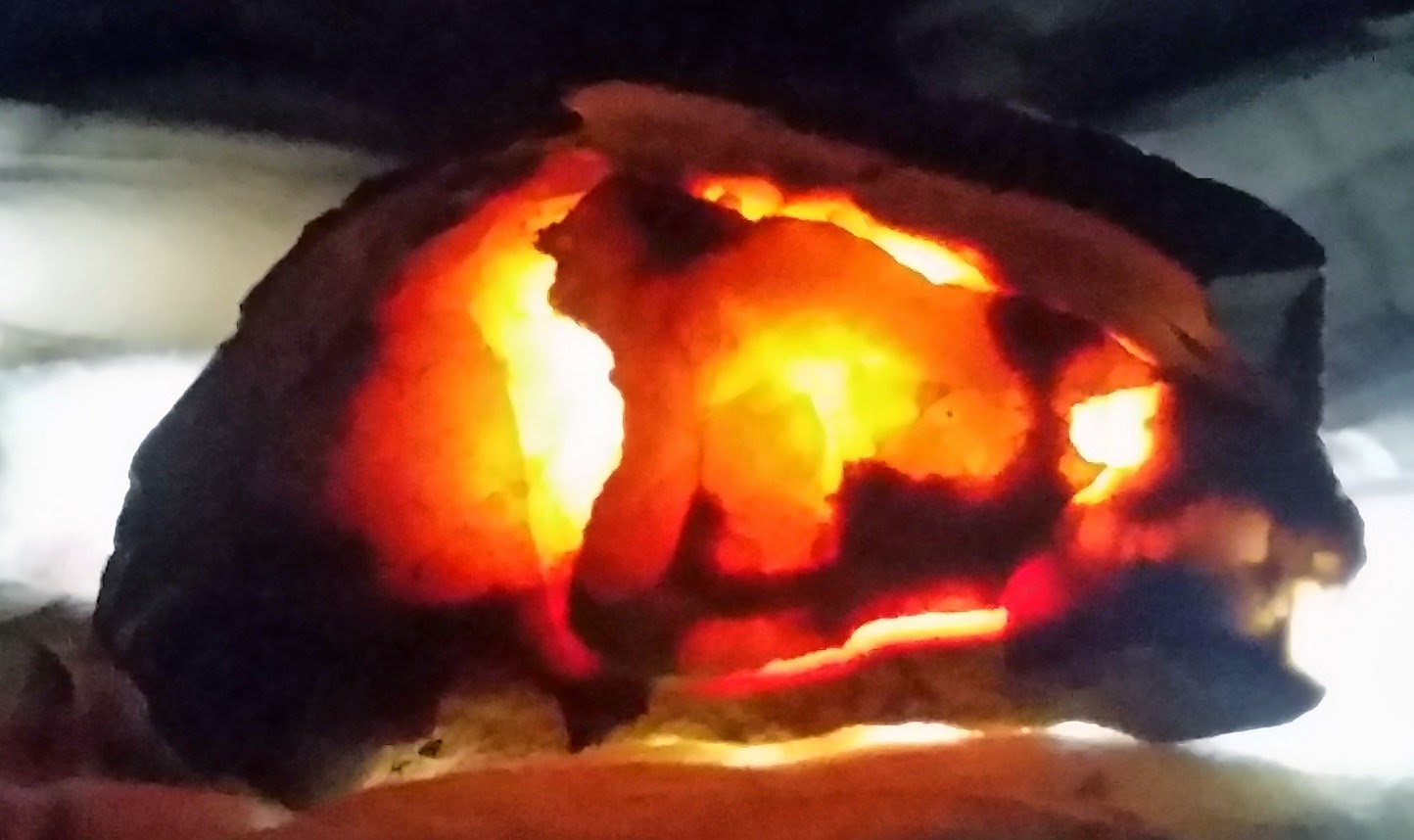 The human image is interpreted as being depicted as "inside" the lion's head. 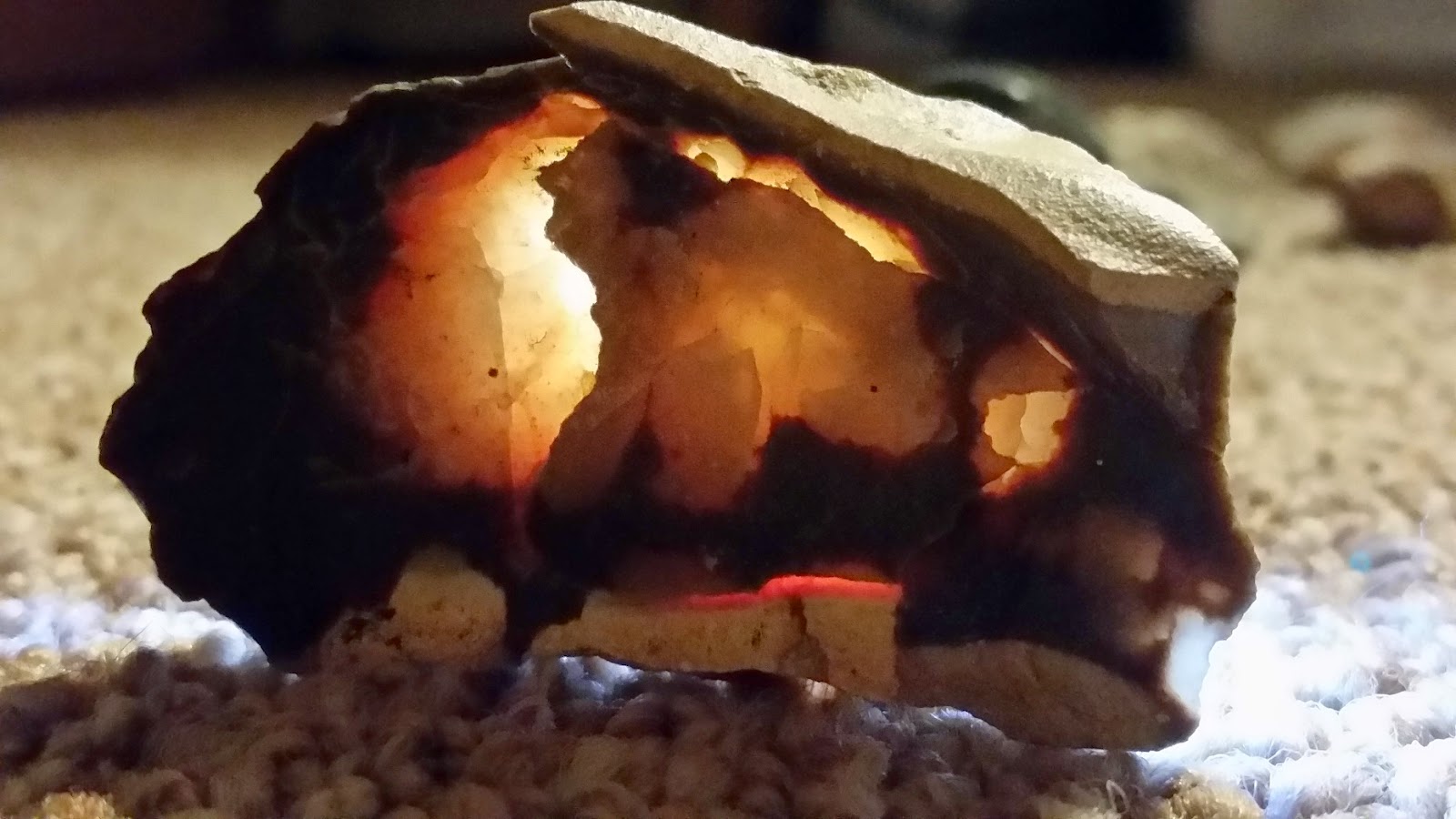 Another lighting perspective on the crawling human 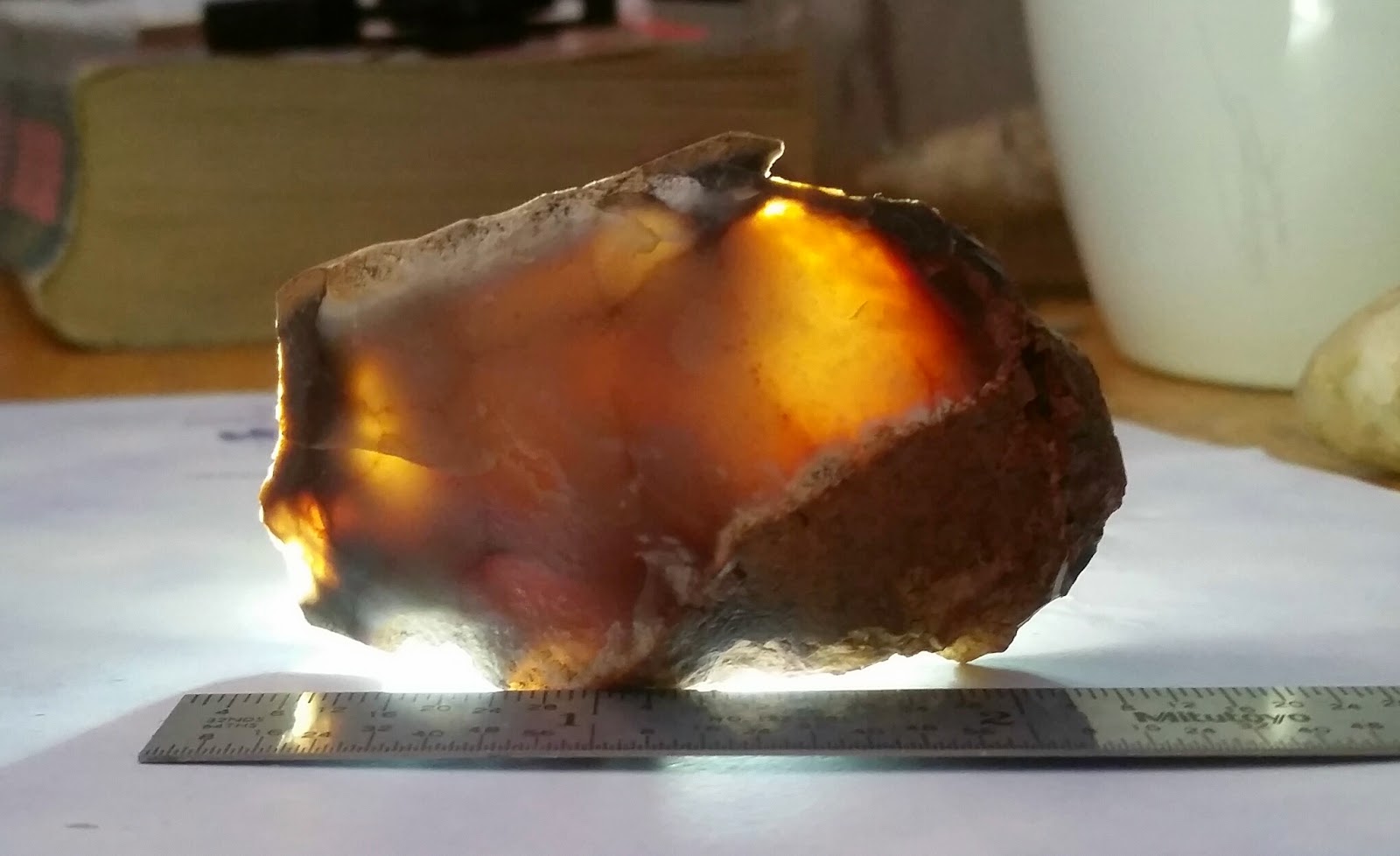 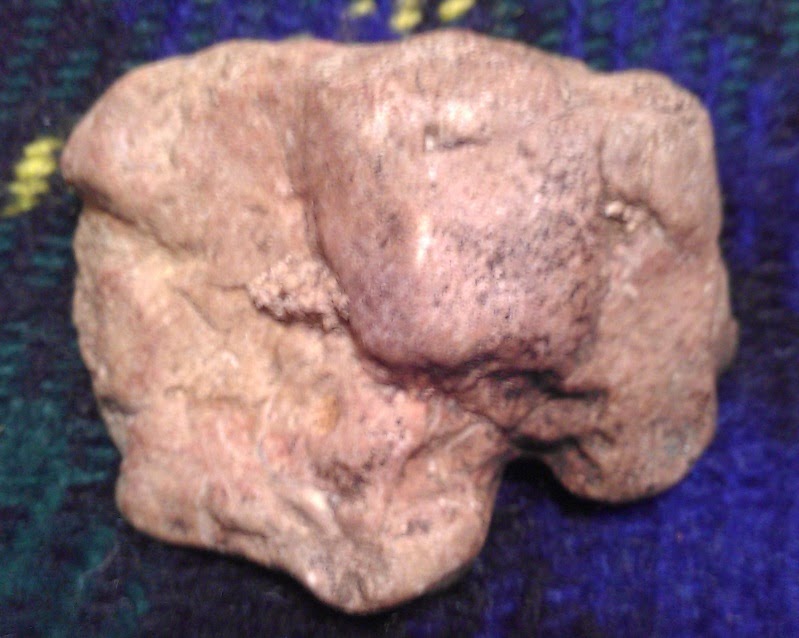 Chris Smith mastodon facing right combined with human head profile facing left found along with bird figures was featured in an earlier posting on this blog and establishes an art context for this lion head figure.

At left is a flint lion head figure from Buckeye Lake, Ohio, also with a manufactured eye, which was made on a similar template or scheme to Chris Smith's Texas example.

Chris's find here depicts a lion head with a human depicted inside, as if having been swallowed by the lion. This same depiction was noted at Flint Ridge, Ohio, in an earlier posting on this blog and helps validate Chris's interpretation of the back lighted "crouching human" imagery in this piece.
Posted by Ken Johnston at 7:45 AM