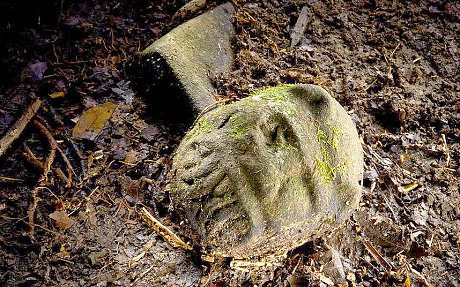 
"Mr Fisher said that the most striking discovery was the head of what appeared to be "a were-jaguar", possibly depicting a shaman in a transformed, spirit state. The artefacts are believed to date from 1000 to 1400AD."

Interestingly, this sculpture is interpreted by the finders as a mixture of feline and human images. The sculpture depicts the face with a clearly represented right eye and the left eye as more of a blank space, or symbolic of a missing left eye.

This, along with feline aspect lends support the idea that this art motif in Honduras is an example of persistence of the imagery and probably related mythology from the Lower Paleolithic to almost recent times 1000 to 600 years ago.

I think the extreme isolation of the people in Honduras and their contention with big cats such as jaguars may explain why this motif is seen here to almost historical times. 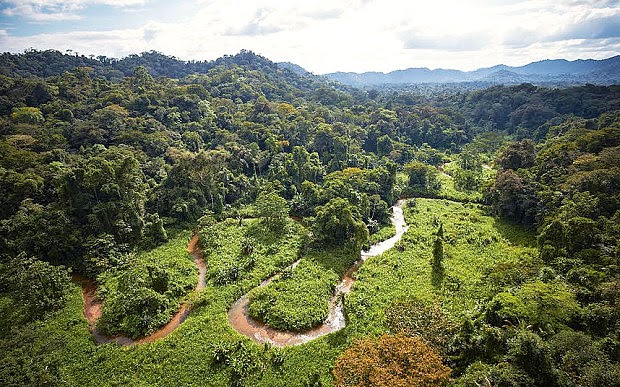 The ruins of an ancient civilisation that were neighbours to the Maya  Photo: Dave Yoder/National Geographic
Posted by Ken Johnston at 9:06 AM