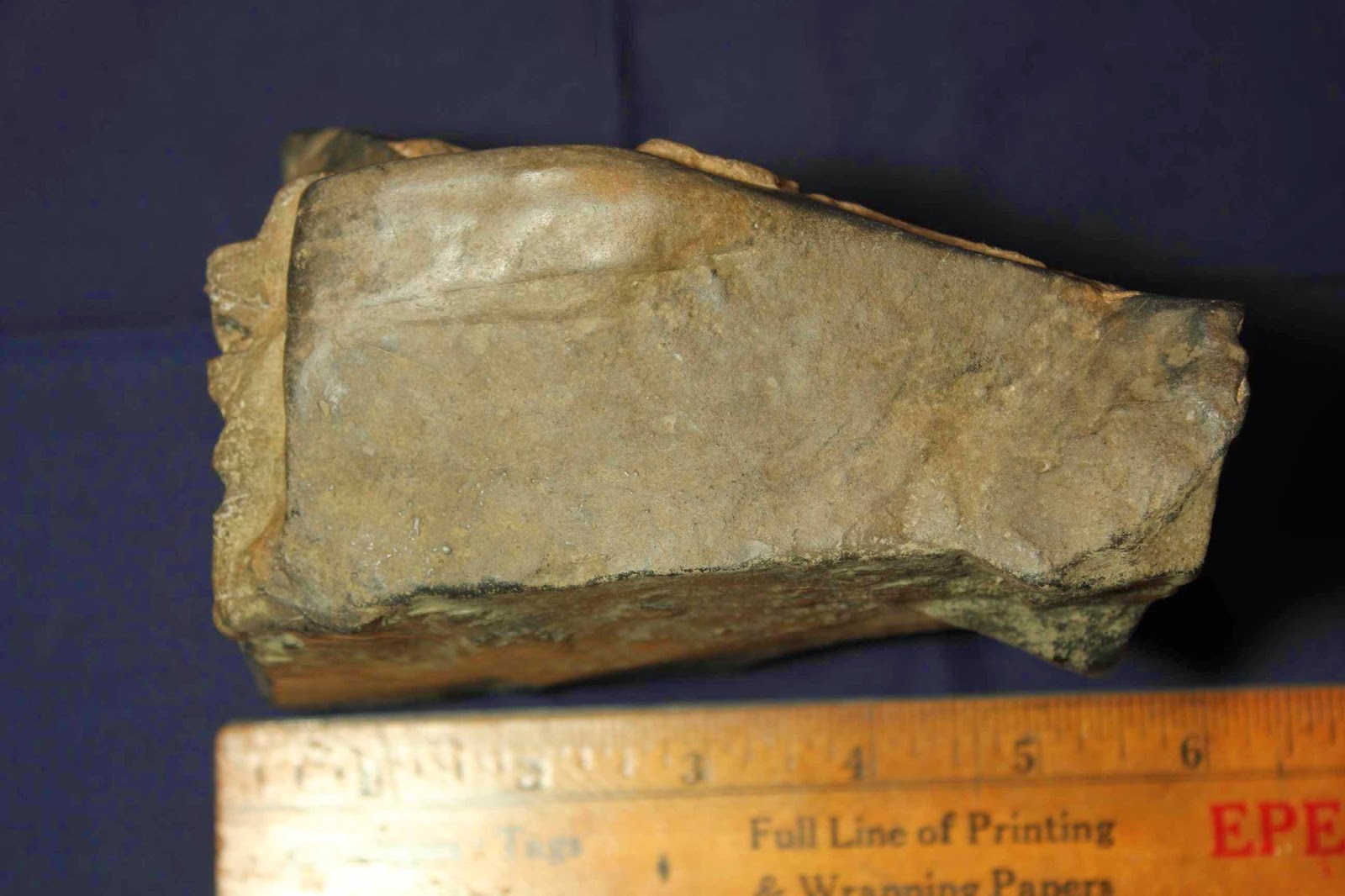 Interpreted by Ken Johnston as a possible lion head figure based on stonework details on the mouth/muzzle/chin area. The elongated and somewhat boxy head is seen in Atrox. There is also stonework on the nose and eye areas. 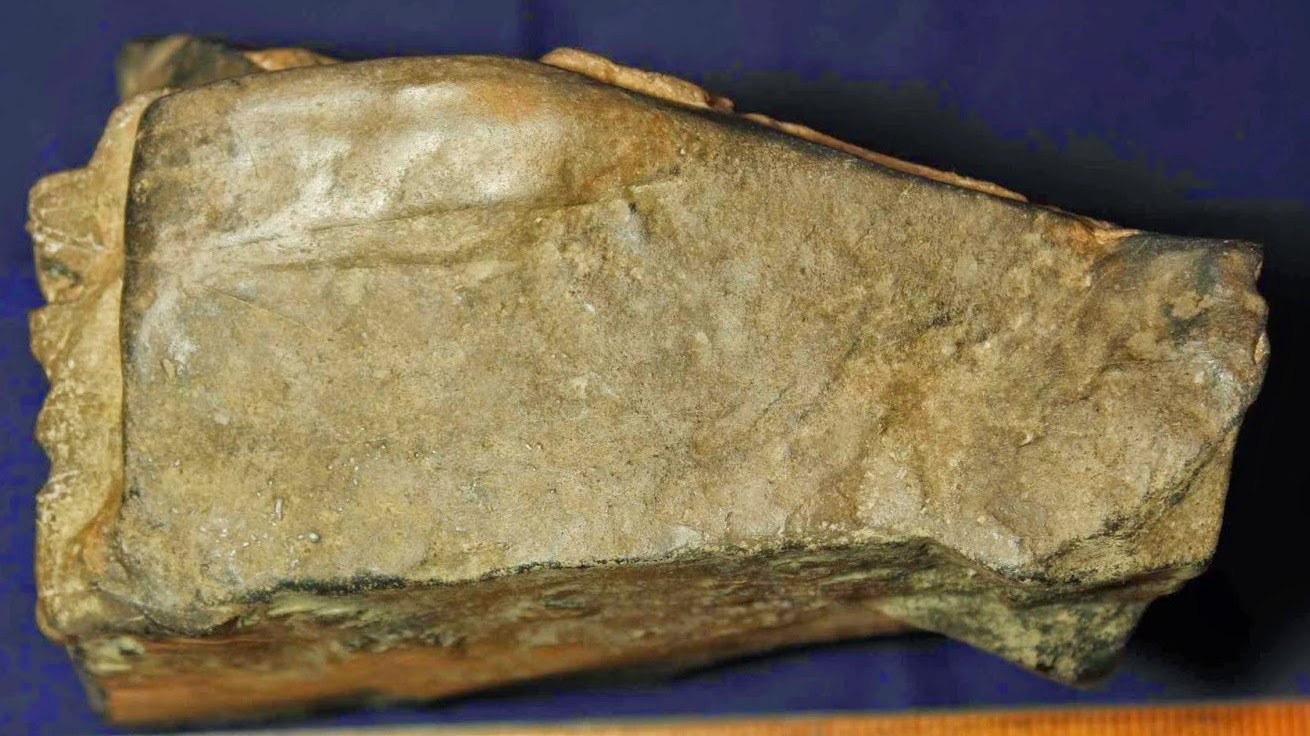 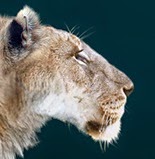 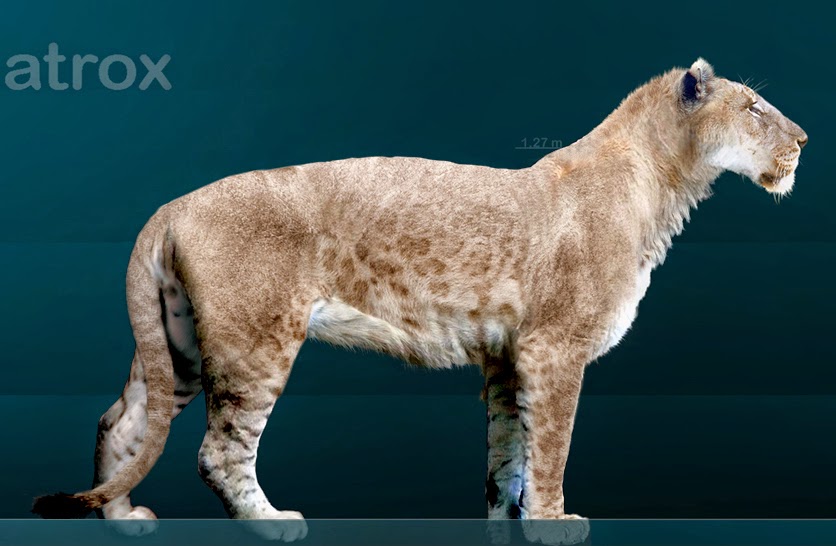 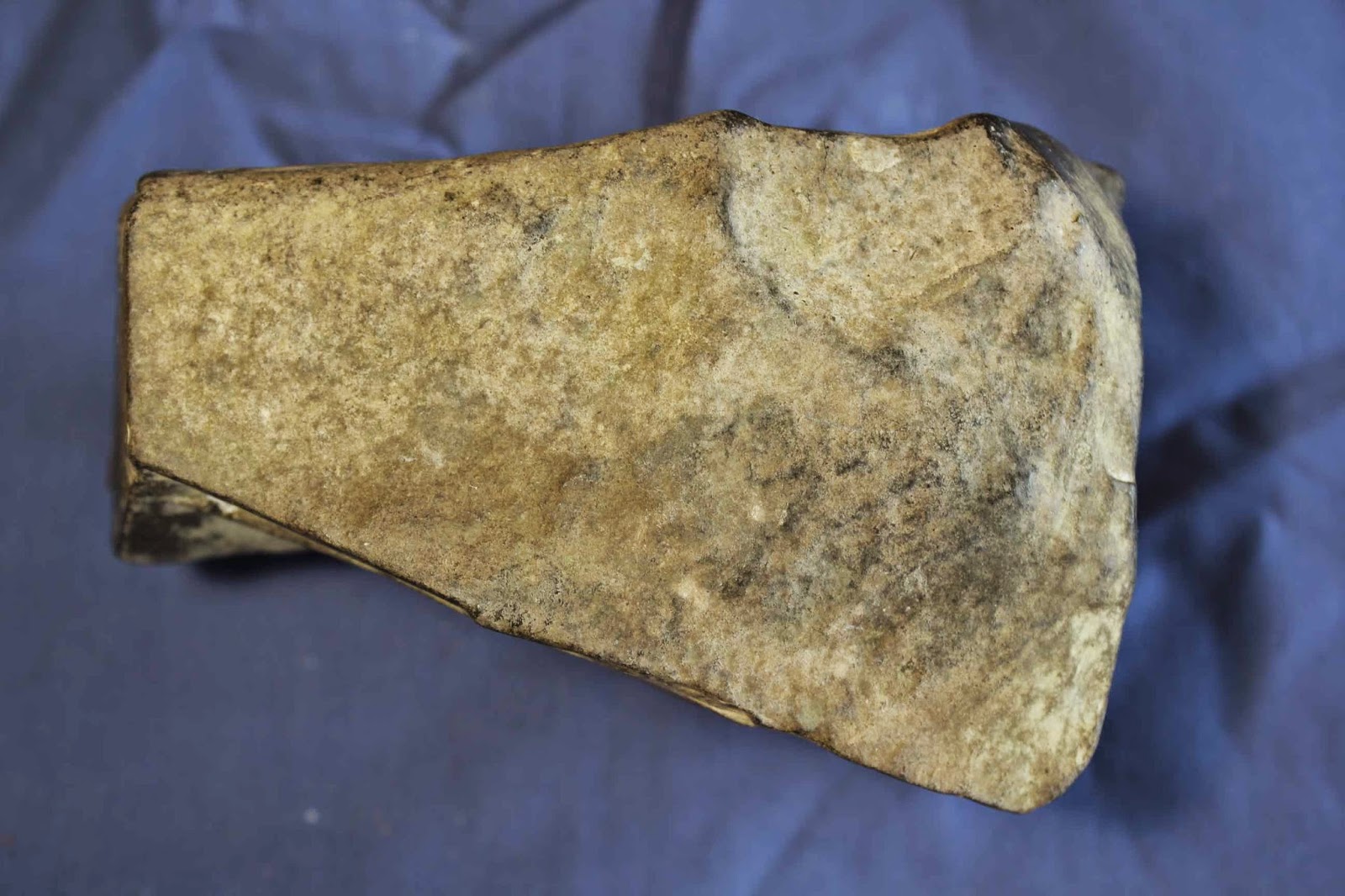 Reverse side of animal head 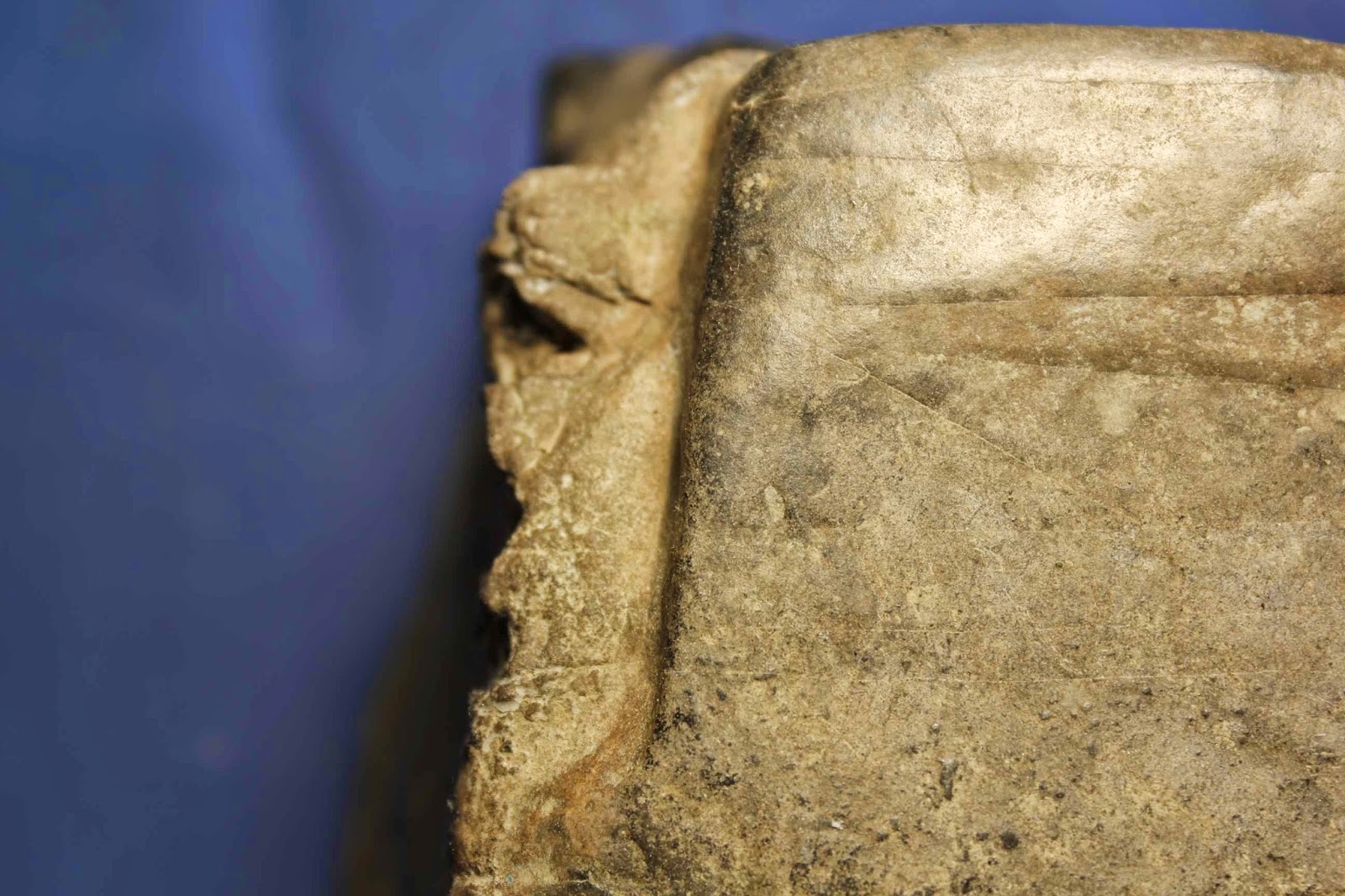 Adam Arkfeld has identified a number of horse head sculptures from the site and sees this animal head as being horse-like. "The mane detail carved onto the left side leads me in horse direction as well as flaring nostrils." 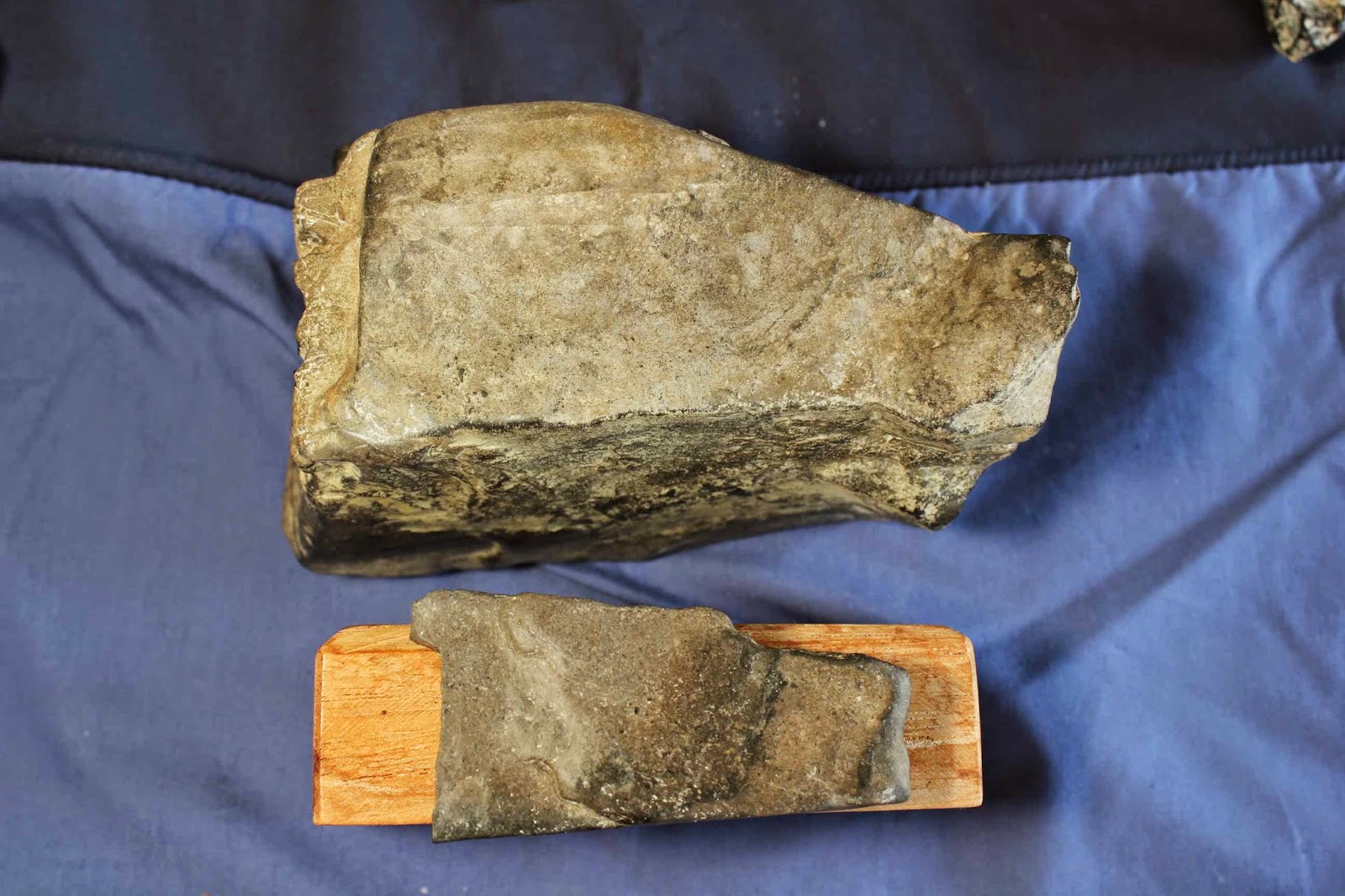