A number of ape-like figures have been identified at this Missouri site, enough to wonder about a connection to Western Europe portable rock art figurative representation of these animals. Or were these figures inspired by monkey species in Central or South America? Could they be attempts at human imagery which we perceive moreso as apes?

Independent rock art researcher Ursel Benekendorff of Germany has documented a large number baboon and ape figures from her Lower Paleolithic site. Benekendorff writes, "My very own investigation  was conducted under such "curiosity" aspects, and seems in retrospect now fully in line with a paradigm change.. Natural features must have been recognised by humans and re-shaped according to own ideas, not always easy to understand. I was very surprised to have brought to light an ancient fauna for this territory, such as apes, hippo, elephant and more, not at all to be expected in the deep gravels of Schleswig-Holstein?" 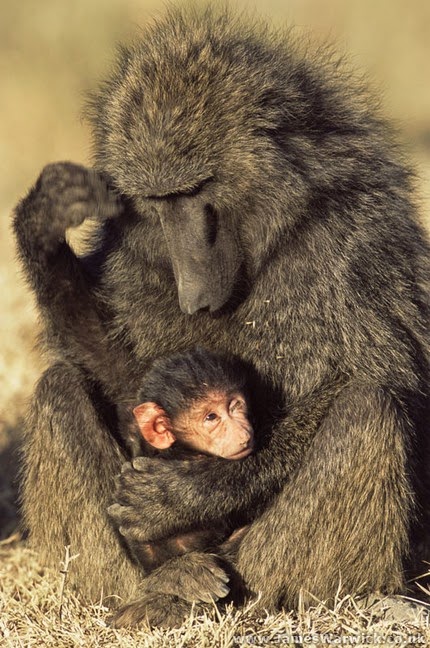 Photo Copyright James Warwick used with permission. Mother with possible stone tool in her right hand. Baby caught in this photo with one eye open, one eye closed. 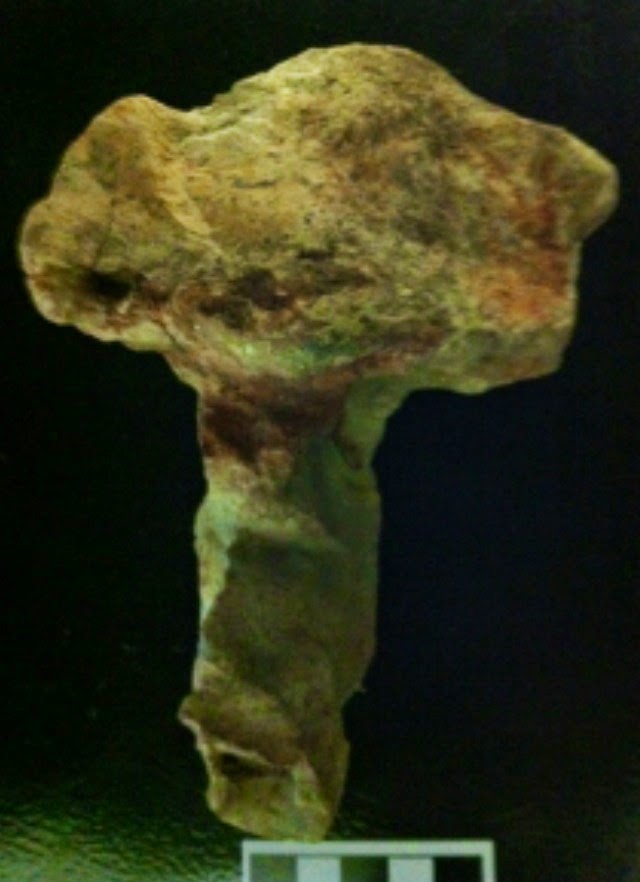 Upside down reverse side view of this same "Ape-like figure with baby in lap" takes on symbolic representation of a mammoth, mastodon, or elephant in a head-on view. This is a combination figure stone featuring signigicant animal representations. 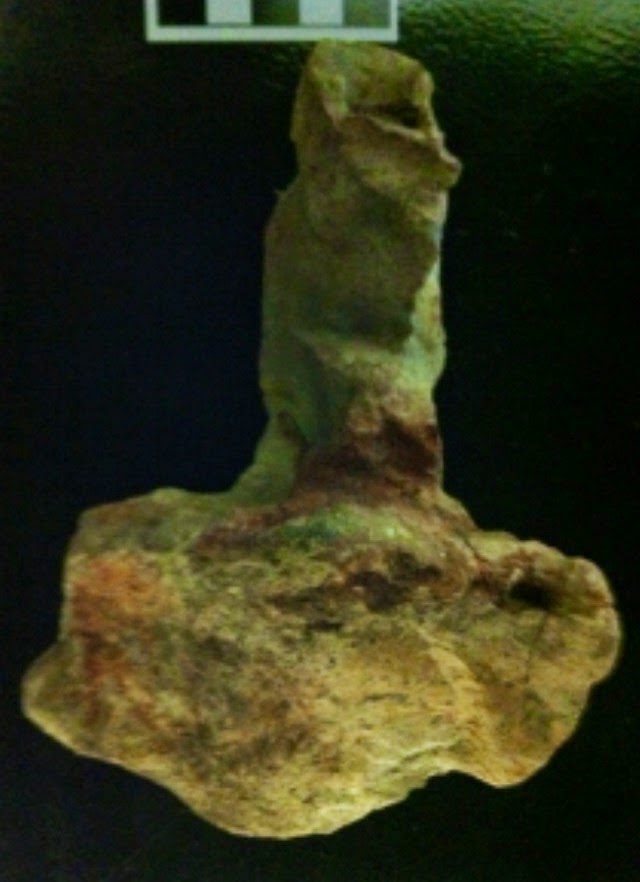 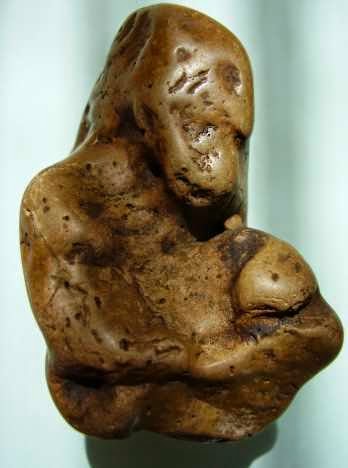 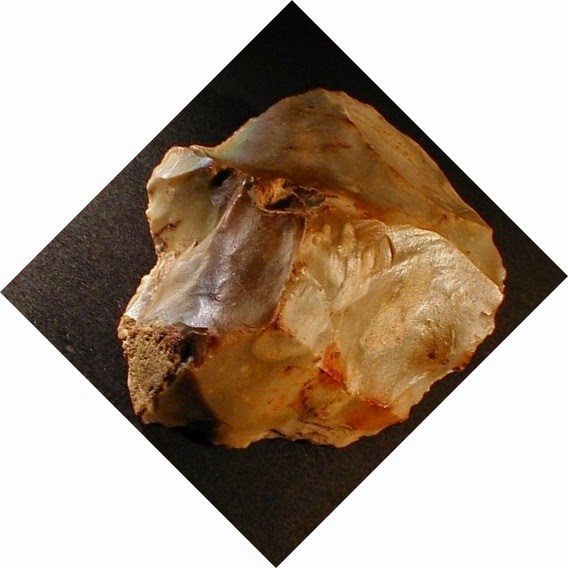