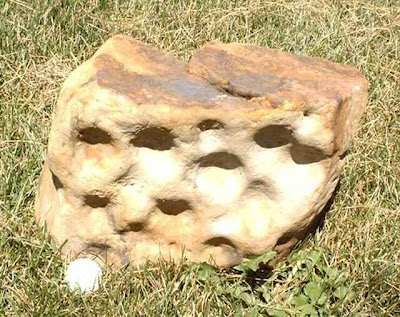 This cupule stone from an earlier post was found in Indiana during amateur mineral hunting and was recognized as an artifact. Ken Johnston speculated it was a mammoth form and Jan van Es of the Netherlands has now interpreted face mask elements and more visual creations on this stone. 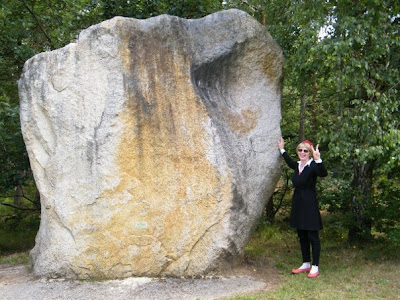 A suspected mammoth boulder in Germany, photo courtesy of Nelly Sloan. Please note the form similarities between the two mammoths, especially on the right side of the photos where the trunks are depicted. Archaeologist Jan van Es writes:

"Hoi Ken. I'm more and more surprised about the finds of the States!!!  Un your website I saw this polymorph which really reminds me at the Neanderthaler of 180.000-250.000 BP 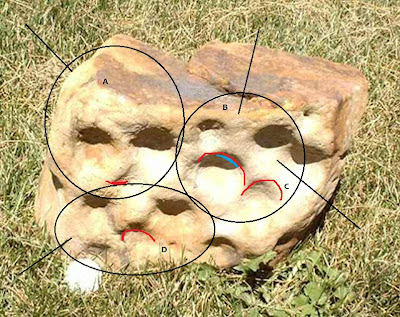 A There are portraits shading off into one another of which most of them show the mask item. 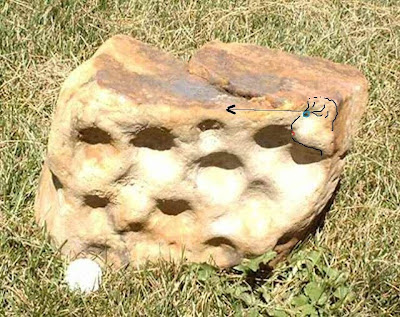 B The little portrait at the right gets a surplus value if rotated in the right way- caused by shadow. 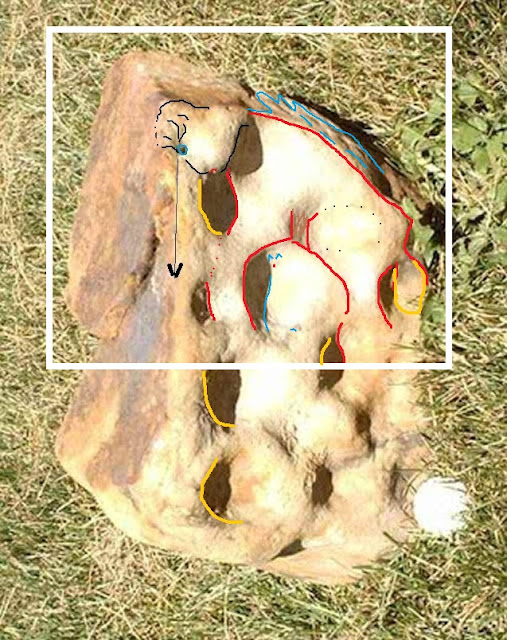 The total picture shows an animal with a human face and under the belly is a breeding bird. (polymorph horse-lady ) 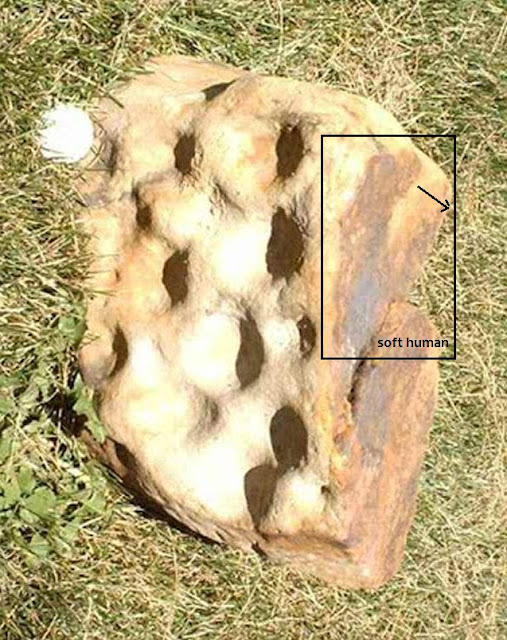 C  A brown coloured human in a kind of manganese painting.  In a little bowed position it looks like an animal (legs)