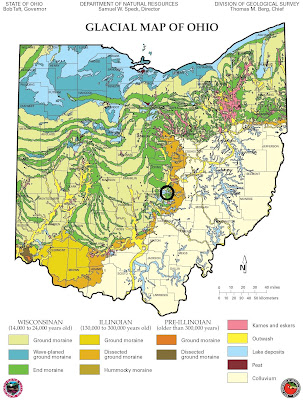 This month of May, I will be introducing a series of seven zoo/anthropo-morphic flint sculptures which were found in immediate proximity to each other along the north shore of modern Buckeye Lake, Ohio.  Buckeye Lake is a leftover glacial terminus swamp from the last ice age. The area is along the advancement line of both the Wisconsinin and Illinoian glaciations in Eastern Licking County, Ohio.  (click photo/maps to expand)

These seven sculptures and my ongoing research about them is what inspired my interest in the subject of portable rock art. They were discovered by a landscaper on my property who was digging a footer for a stone wall. He found a number of large pieces of flint in a cluster while digging the trench and they were thought at the time to have been used in prehistoric tool manufacture as finding such flint boulders by the lake is not uncommon. The dug up flint became a part of the garden which was formed by the new stone wall. 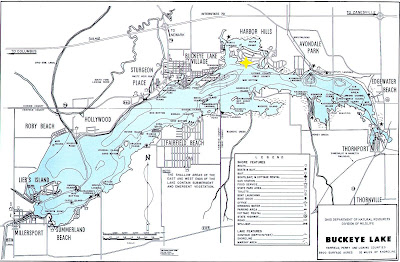 The find site is approximately 10 miles from Flint Ridge, recognized as the source of one of the most desirable cherts in North America due to its workability, durability, coloration and beauty. A couple of years ago I was doing spring cleanup in the garden and picked up one of the large flint rocks and noticed a rough, life-size, human face looking back at me. Then, I took a closer look at the rest of them. That is how this portable rock art adventure began. 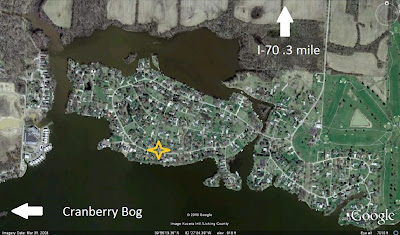 For each of the seven Flint Ridge sculptures, I have identified analogs from sites in Ohio, Maine, Missouri, France, Germany and Italy. I will present them alongside the Buckeye Lake, Ohio, pieces. These seven artifacts may be among the oldest in my collection. Because of the apparent presence of a now extinct North American lion's "head," the presence of a sculpture type originally described by Boucher de Perthes, and two other comparable sculpture pieces from the European Paleolithic, the Buckeye Lake sculpture hoard is suspected to be of Pleistocene age. That would make them some of the oldest known art objects in the Americas. These sculptures were likely part of the spiritual life of their makers and curators.

The "Across Atlantic Ice" theory of a peopling of North America as most recently posited by Bradley and Stanford, demonstrates the plausibility of a connection between America and Europe which could account for European style palaeoart being discovered by amateur archaeologists and collectors in the United States.