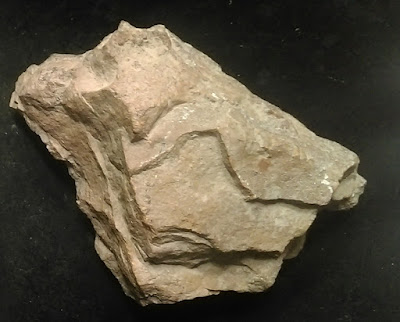 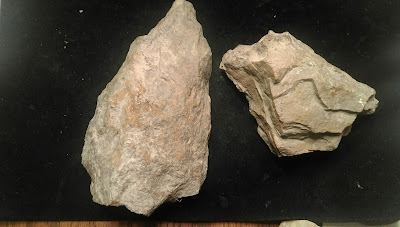 The bird-form chopper was found directly with the handaxe also interpreted with ambiguous zoomorphic attributes featured in the prior posting. 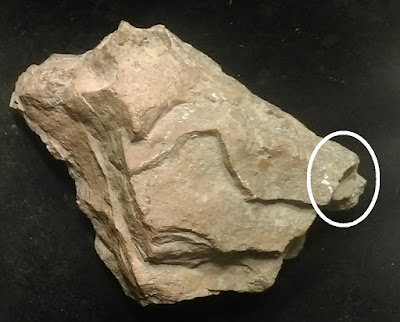 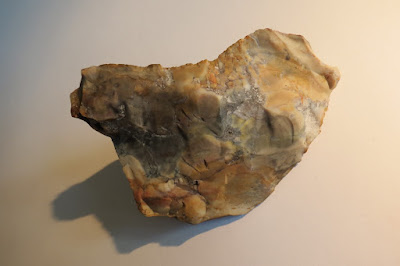 A Flint Ridge, Ohio, bird-form chopper tool featured in an earlier posting on this blog. It is a reverse image of the same tool and art motif seen in the Arkfeld Site bird-chopper example. 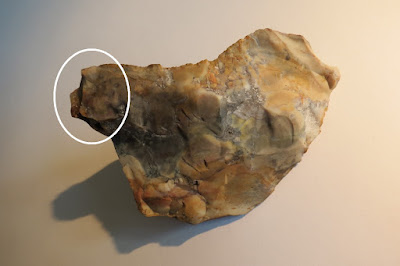 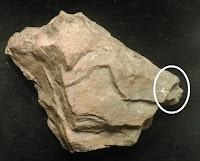 Virginia and Ohio bird-form choppers seen side by side. They are reverse mirror examples of the same tool and art motif. Human facial profiles on the birds' tails are illustrated in circles. It should be noted that both of these items are made in stone material with unusual 'sparkling' visual properties reflecting light. 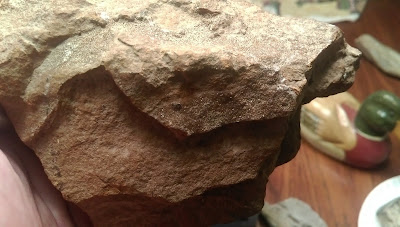 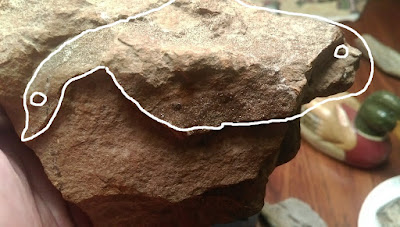 Adam Arkfeld interpretation of another bird figure serving as the larger bird's wing. It looks like it could be a floating water bird like a goose. The human face is at the gooses's tail and the larger bird's tail at the same time with human's eye circled at right in the illustration here. I concur with Adam's interpretation and I think the goose in this position could be interpreted as 'drinking water.' 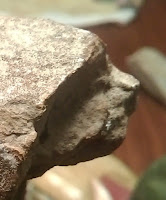 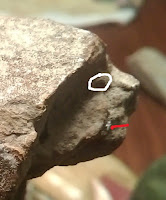 Close up of the right side human facial profile on the two birds' tails along with an illustration of the interpreted eye and mouth locations. Click photos to expand and toggle. 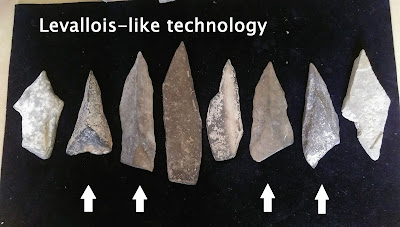 Manufactured tools, including some Mousterian-looking Levallois prepared core technology points (arrows indicate them) recovered all together by Adam Arkfeld in Virginia one day this week. 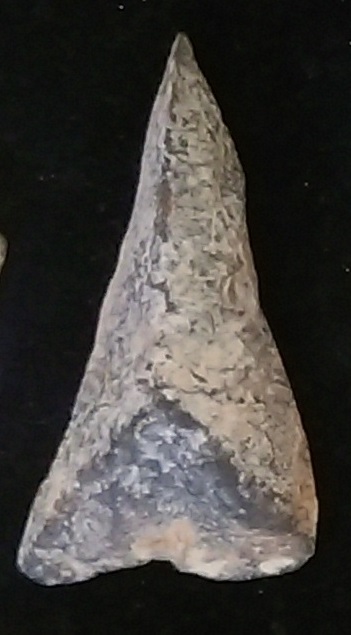