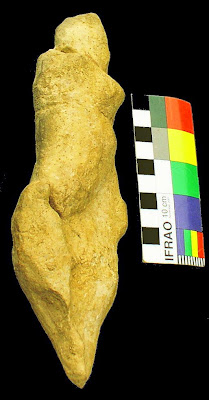 "Here are two nice new limestone Figure Stone finds from my site in Ohio, same provenience, roughly 25 cm below the current terrain surface.  In the larger piece, note the incorporation of both utility and imagery that is common at this site." - Alan Day 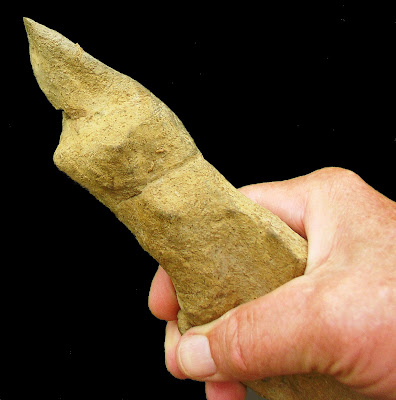 Alan Day demonstrates the utilitarian aspect of the figure. Day says rock art researcher Mrs. Ursel Benekendorff of Hamburg, Germany, has suggested this pointed end of the sculpture may have been used to plant it in the ground at varying locations.

The female figure may also incorporate bird imagery. The bottom of the woman's legs may be seen as the beak of a goose-like flying water bird. There is a circular bas relief "eye" in a more or less anatomically correct position for such a bird figure. 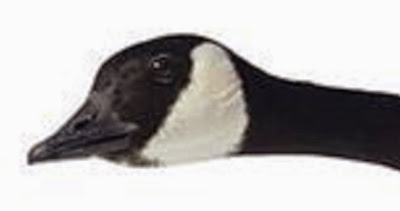 Canada Goose head while in flight 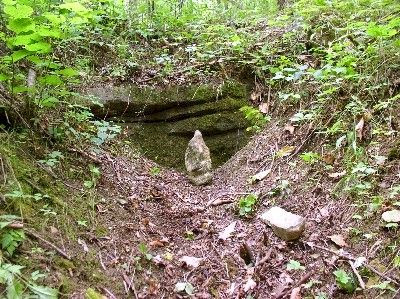 This is a statue from the Day's Knob site earlier interpreted by Alan Day as a "bird-venus" sculpture invoking both human feminine and bird-like qualities. 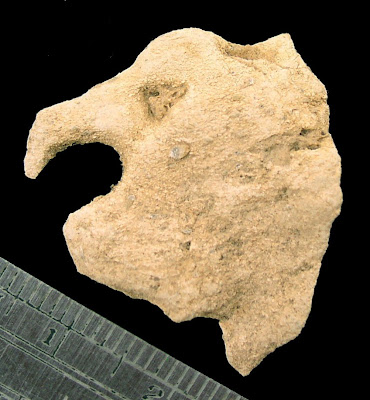 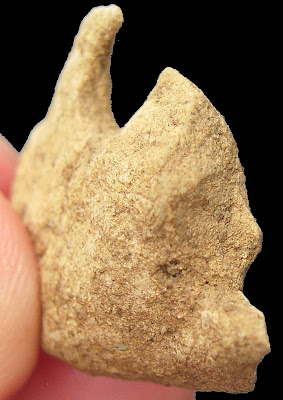 While it may initially appear amorphous, when taken in context with other limestone figures from the site it presents a familiar iconography. Day has confirmed human agency on a number of figures from his site by consulting with a geologic petrologist. 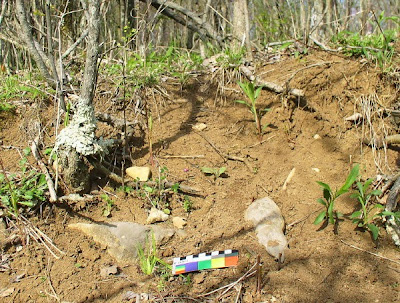 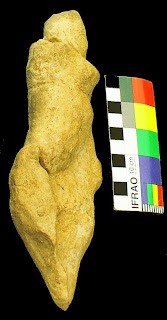 (left) This tiny female figurine comes from 6500 BP. It is found on the Po plain in Northern Italy and measures 6 cm. Thanks to the tapered lower body the figurine can easily be inserted into the ground. The Lady wears a fertility girdle and a red chain. She has short arms and a small head with long hair or a veil. Source: Venus is geen Vamp, Annine van der Meer. Ohio female figure is at right. 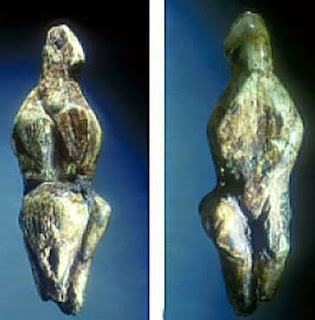