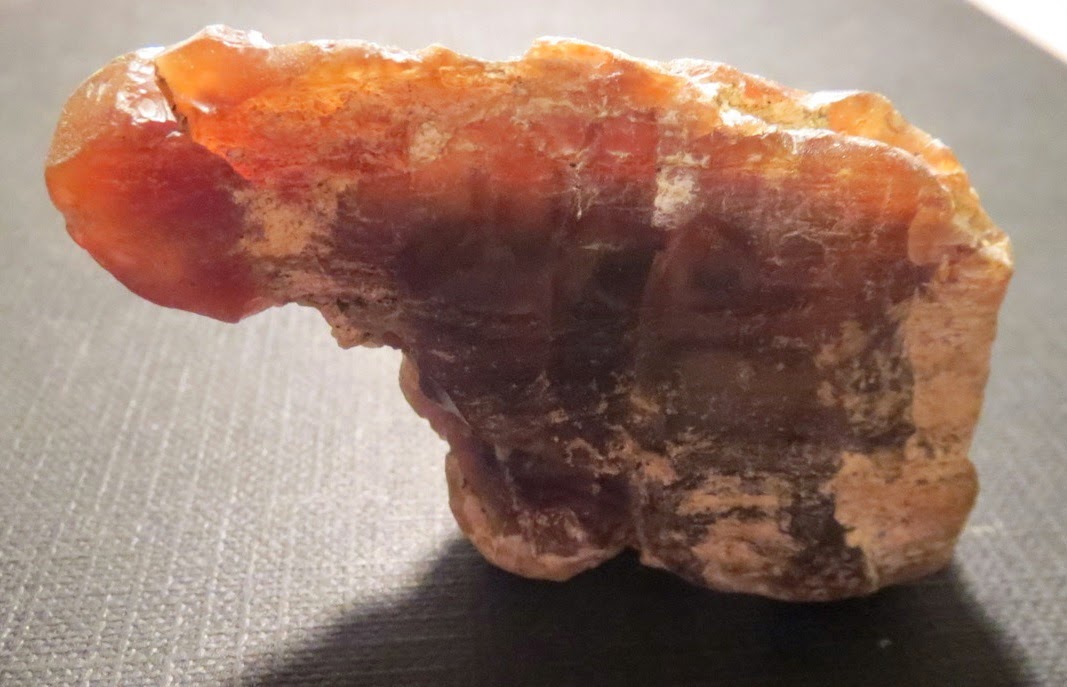 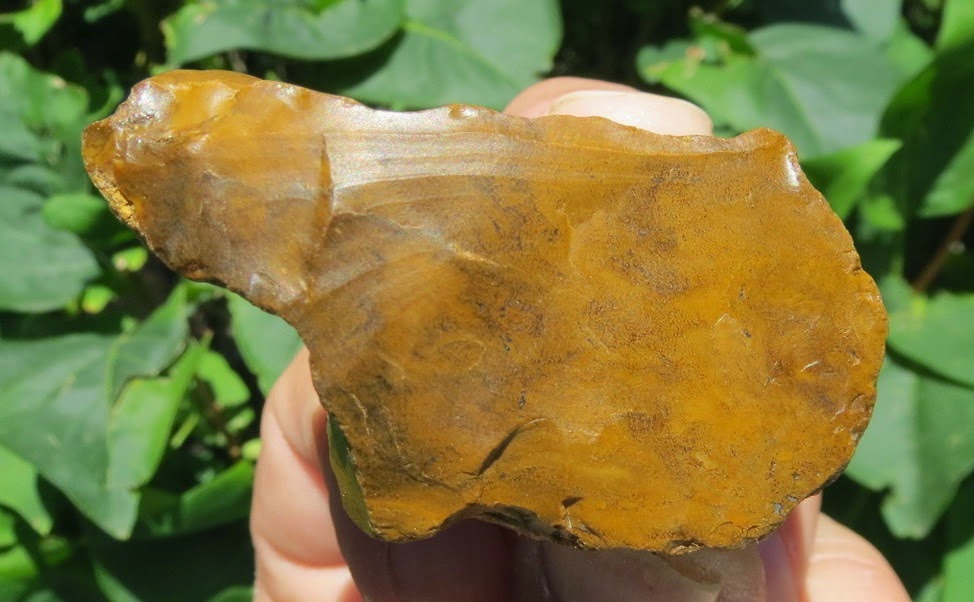 This bear figure is made on the same artistic template as the one pictured above it. They are both left profiles which have work to define the front legs and they have been retouched to add detail to the eye areas. These kinds of templates were probably culturally determined and provided all the visual ques needed for the viewer to get the message. 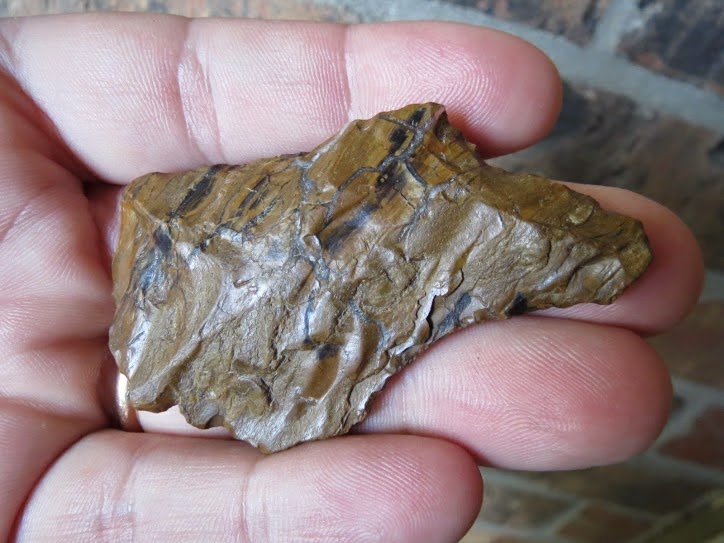 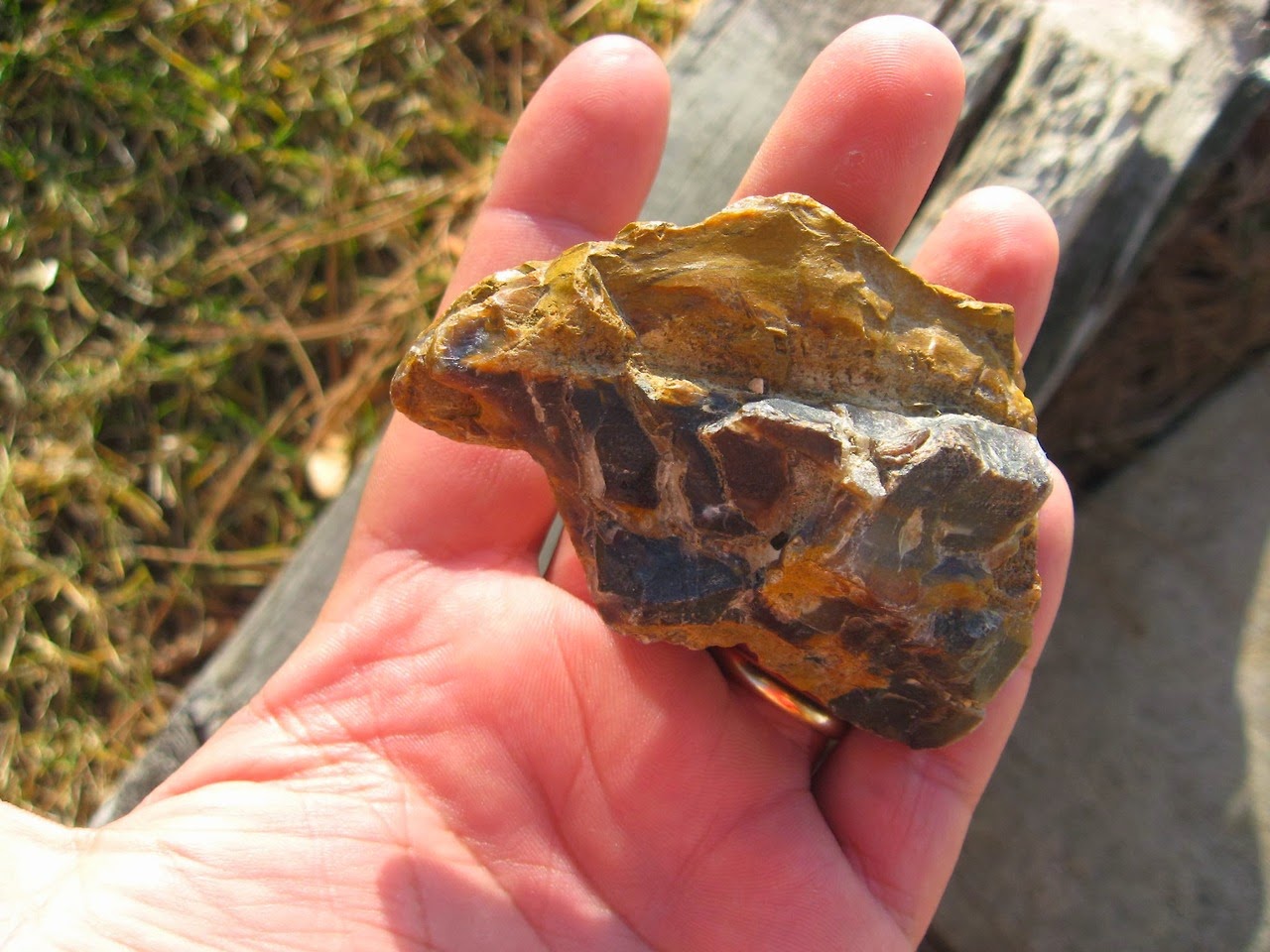 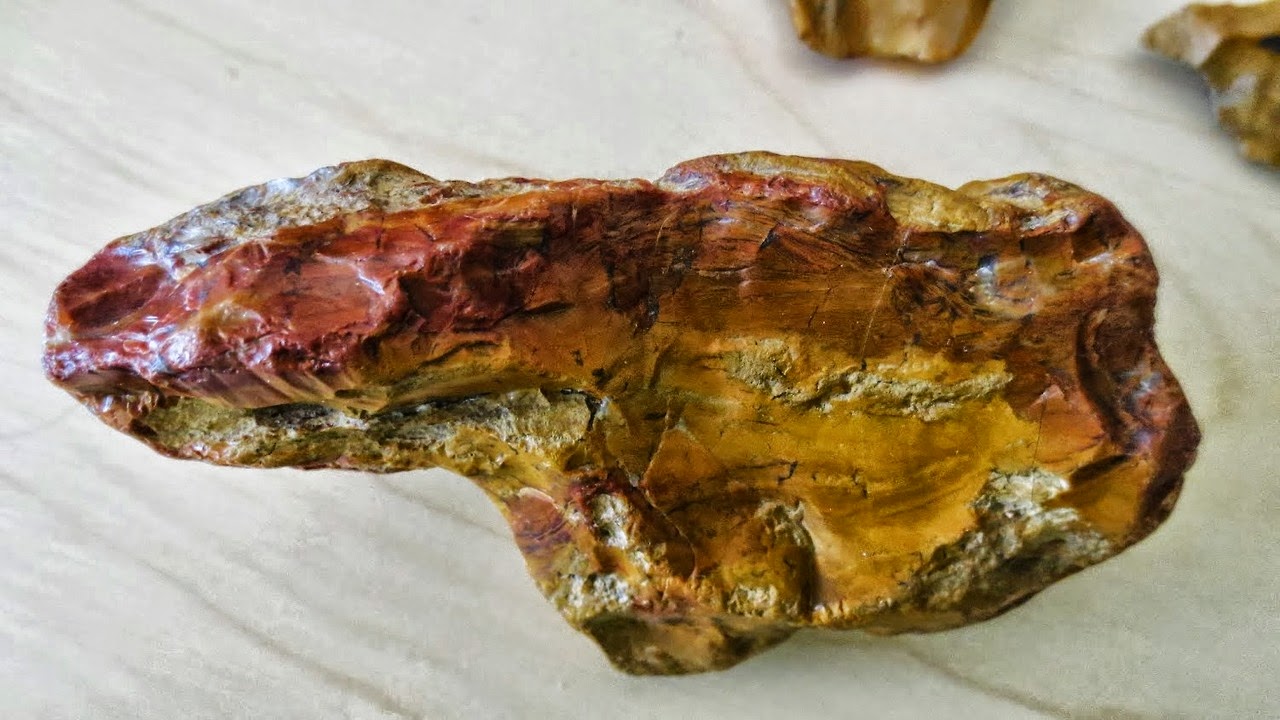 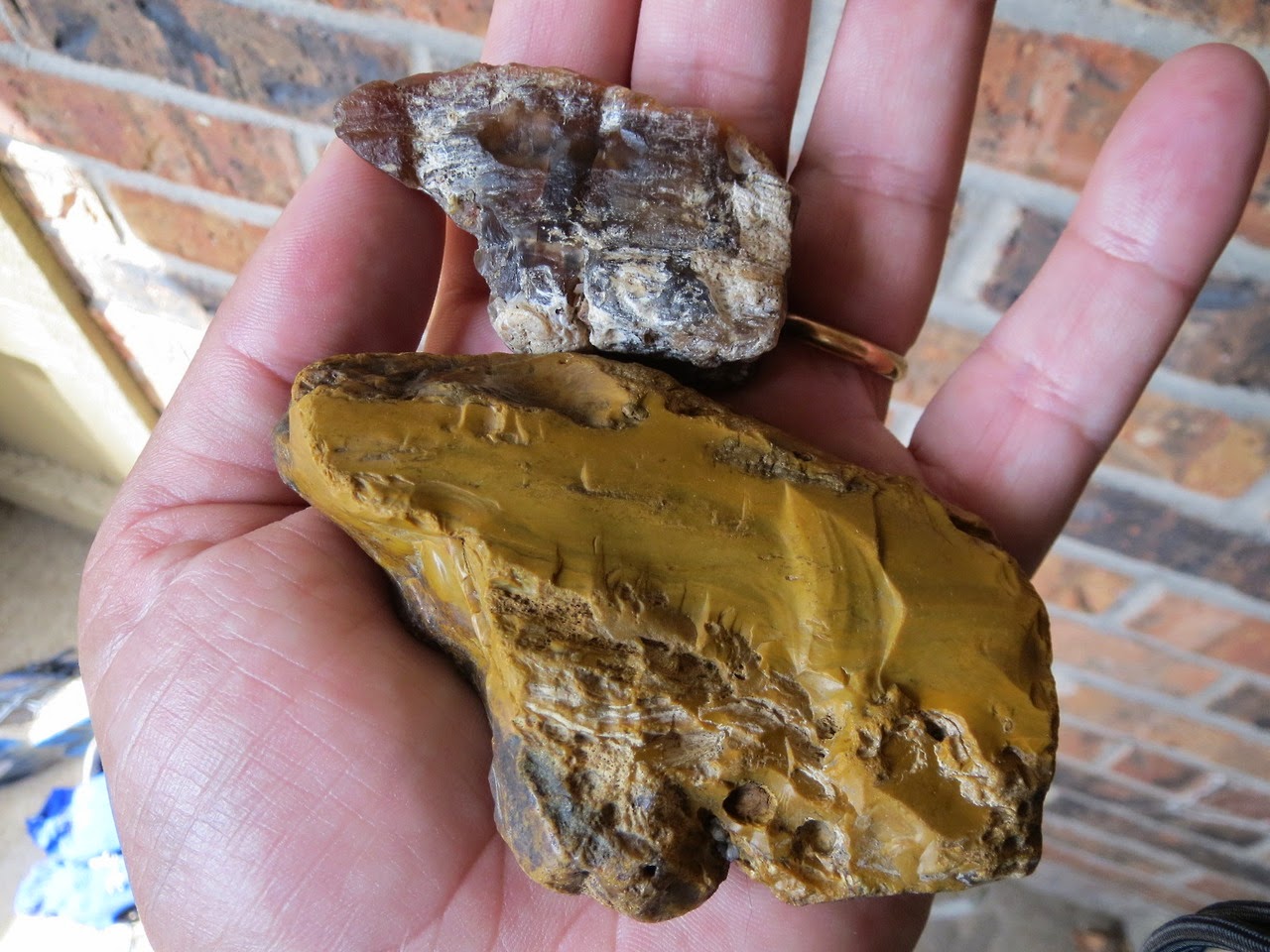 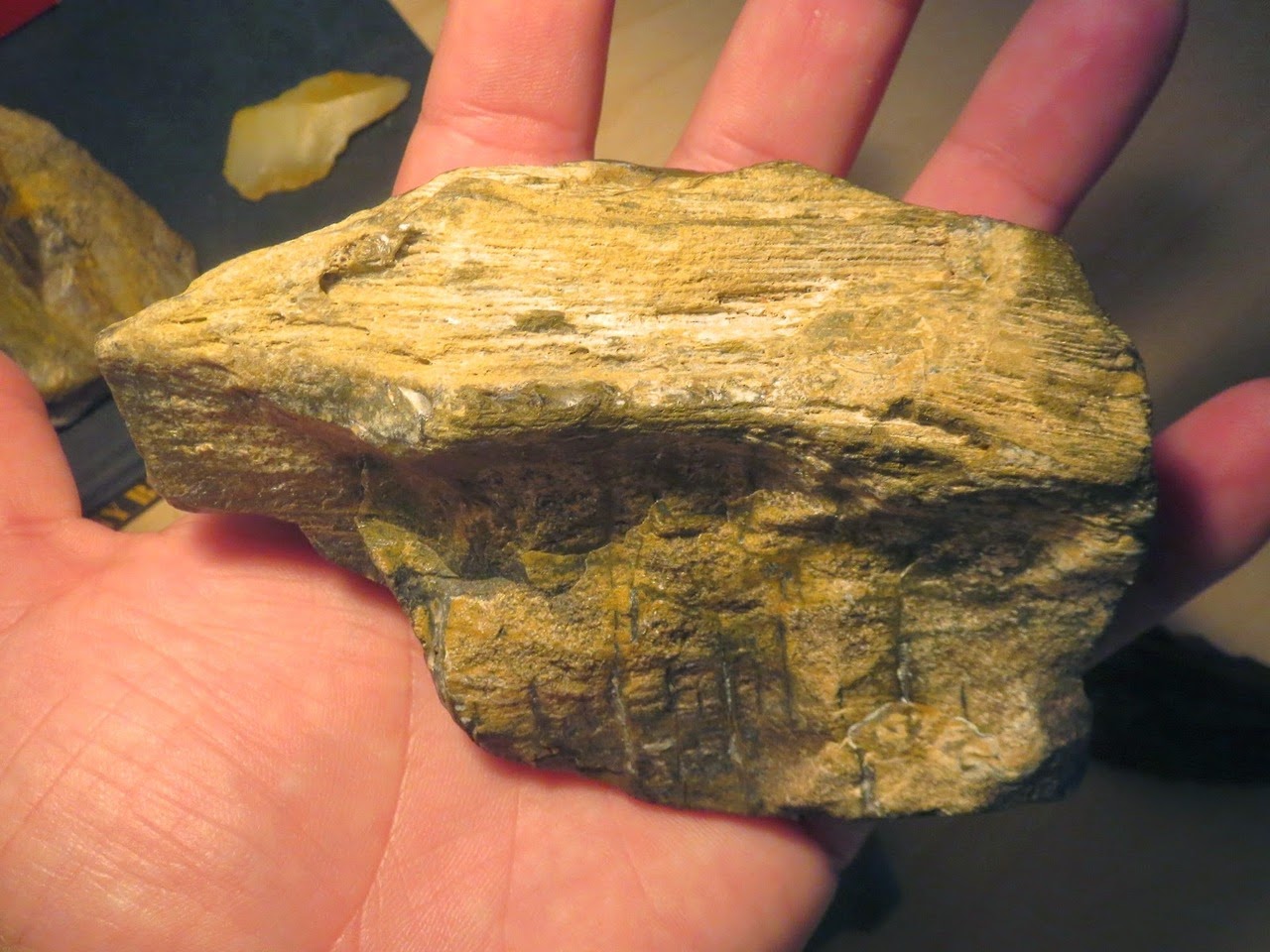 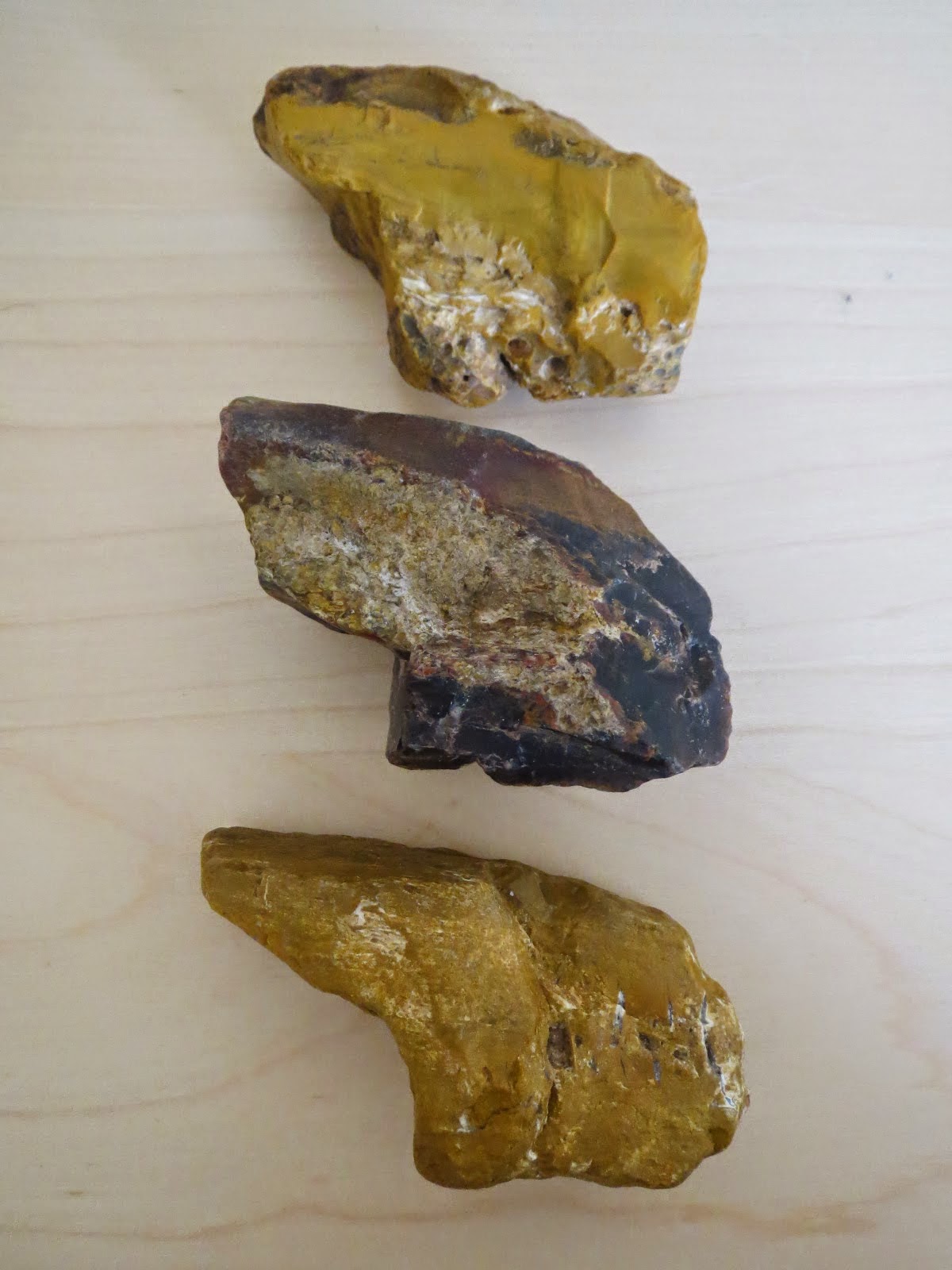 Chris is able to identify some distinctions among the bear figures and includes this graphic on his web site. Some of the figures include a shoulder hump suggestive of the Grizzly Bear. 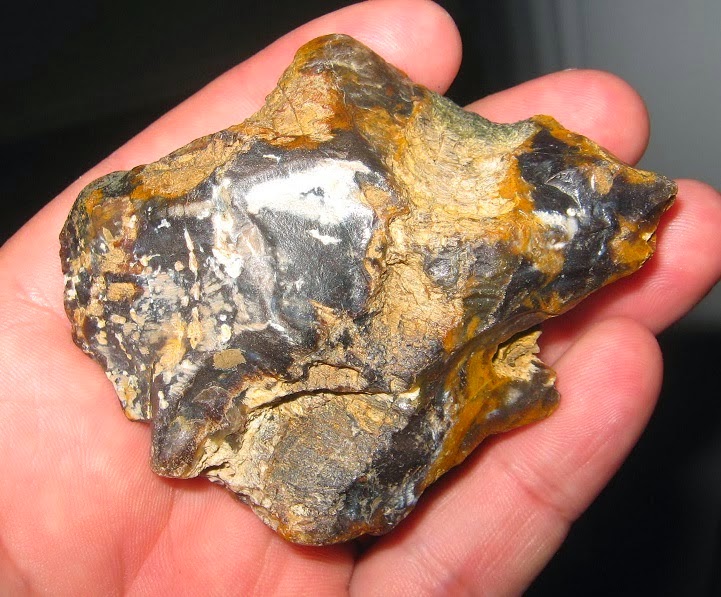 This bear figure facing right, as if crouched on a rock, identified by Chris Schram was featured in an earlier posting, as have several of his petrified wood figurative pieces. This figure may also have claws depicted which is another distinguishing characteristic of the Grizzily.
Posted by Ken Johnston at 9:05 AM