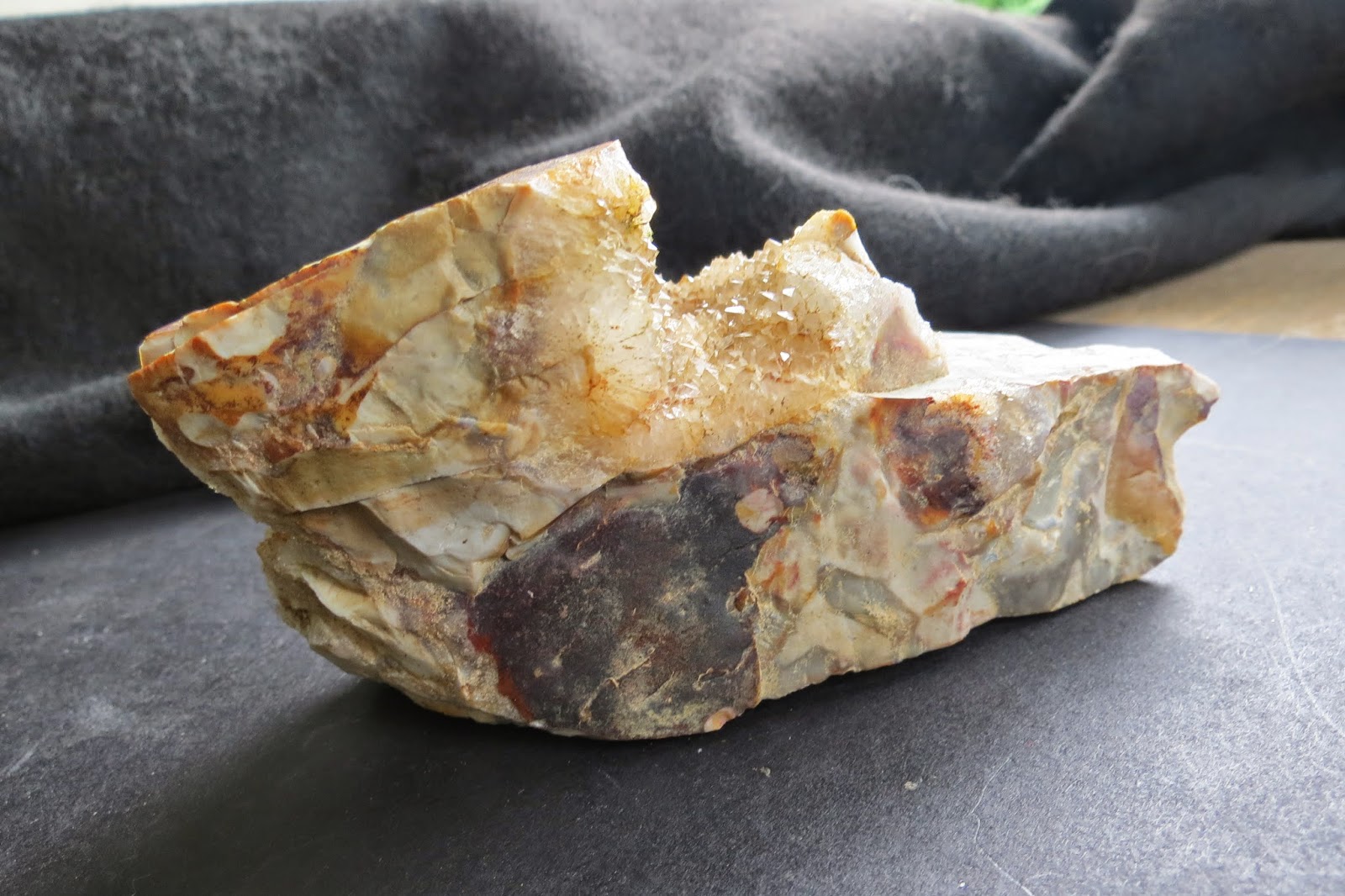 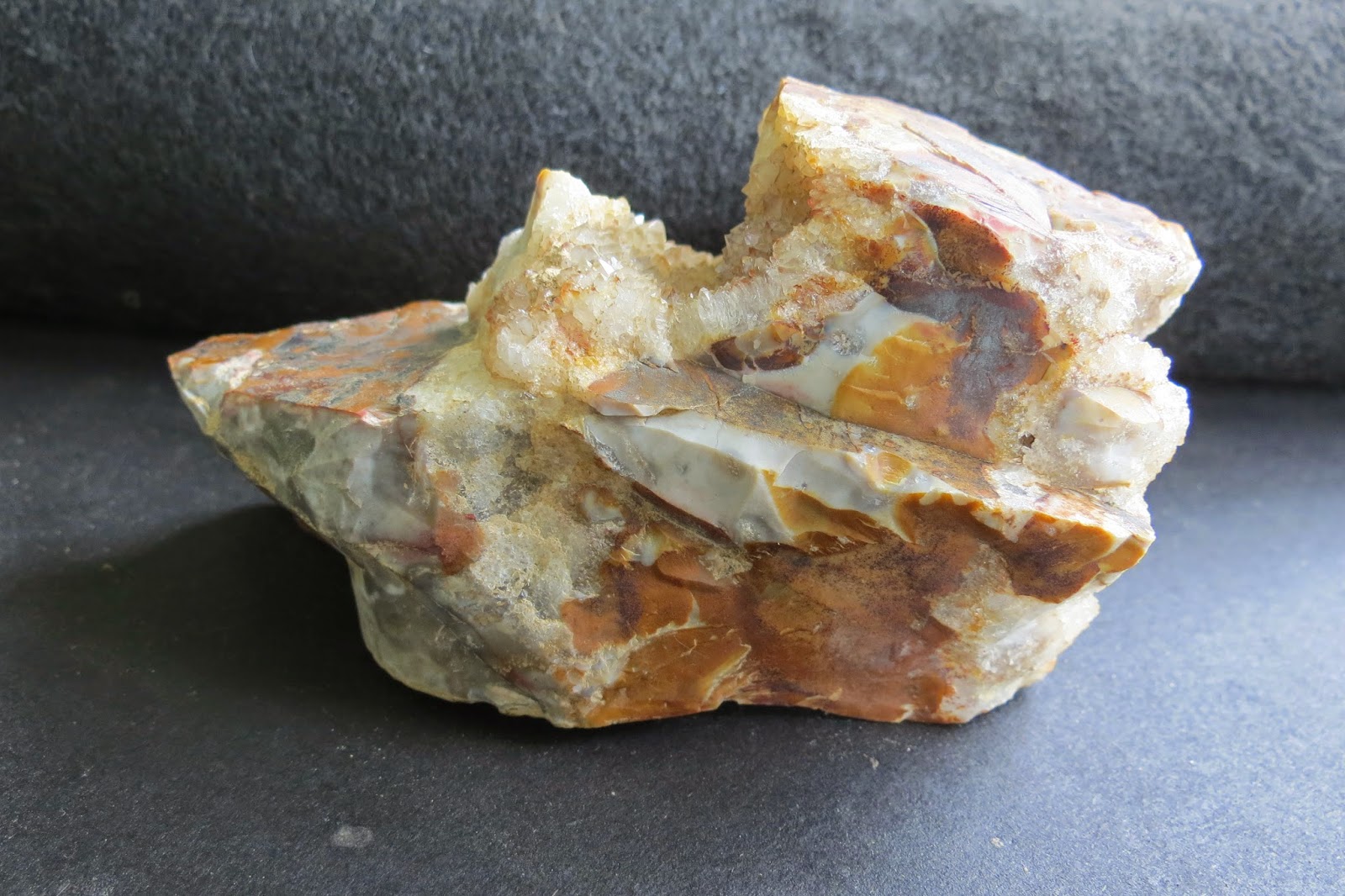 These two artifacts were found together at Flint Ridge and I have interpreted them as bird figures whose backs were used as small lithic workbenches perhaps similarly to examples originally described by Jan van Es of Roermond, The Netherlands.

Both of these birds' backs is carrying a load of quartz crystals which have been worn down by grinding wear. One of the figures presents a cradling cup-like concave surface which has been smoothed from use and the other presents a convex quartz crystal formation with a protruding wear bit. Both figures have unusually flat bases which are stable under movement and pressure. They were found together at an ancient chert quarry and workshop site at Flint Ridge, Glenford, Ohio, and are essentially the same size. 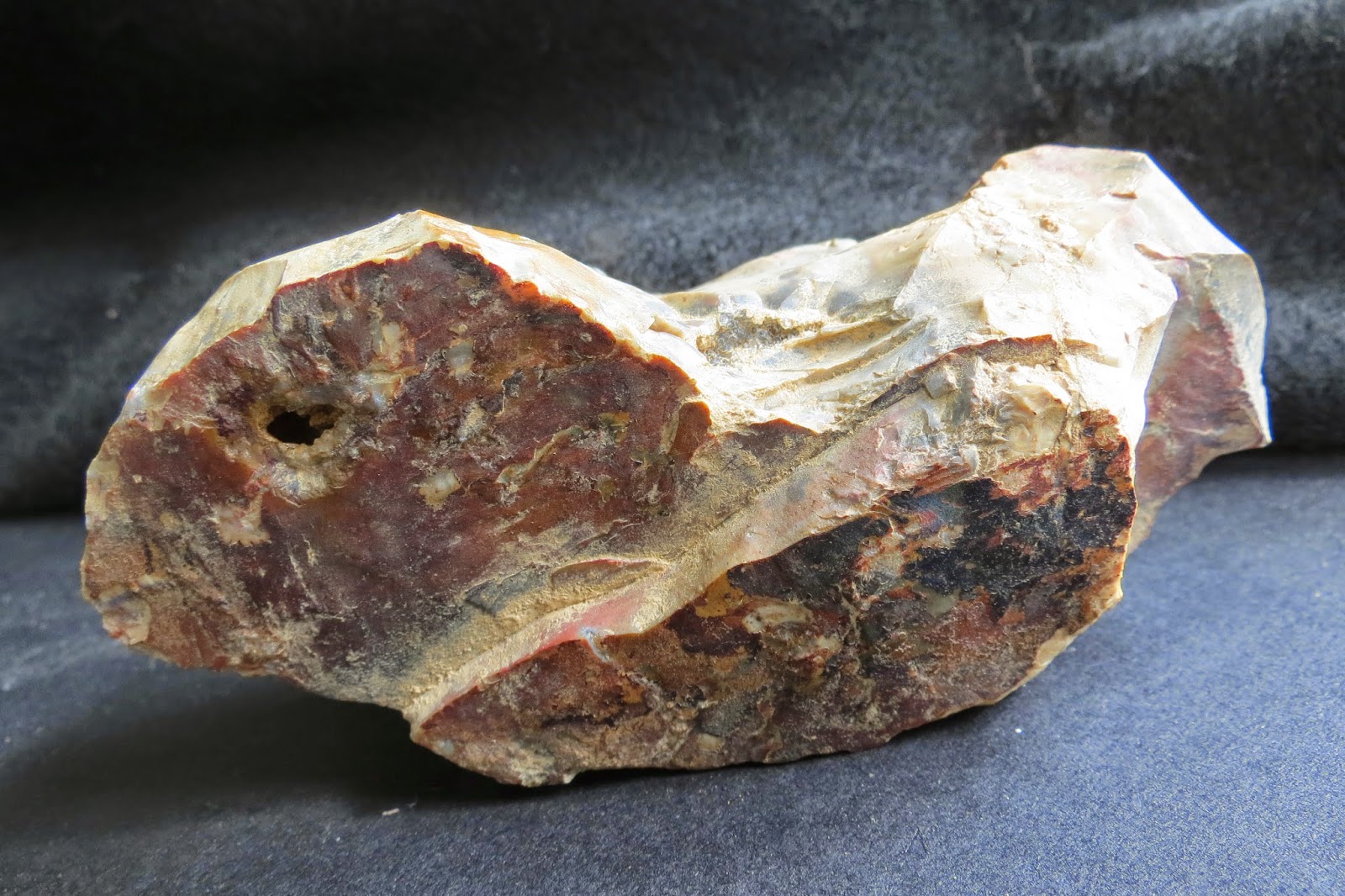 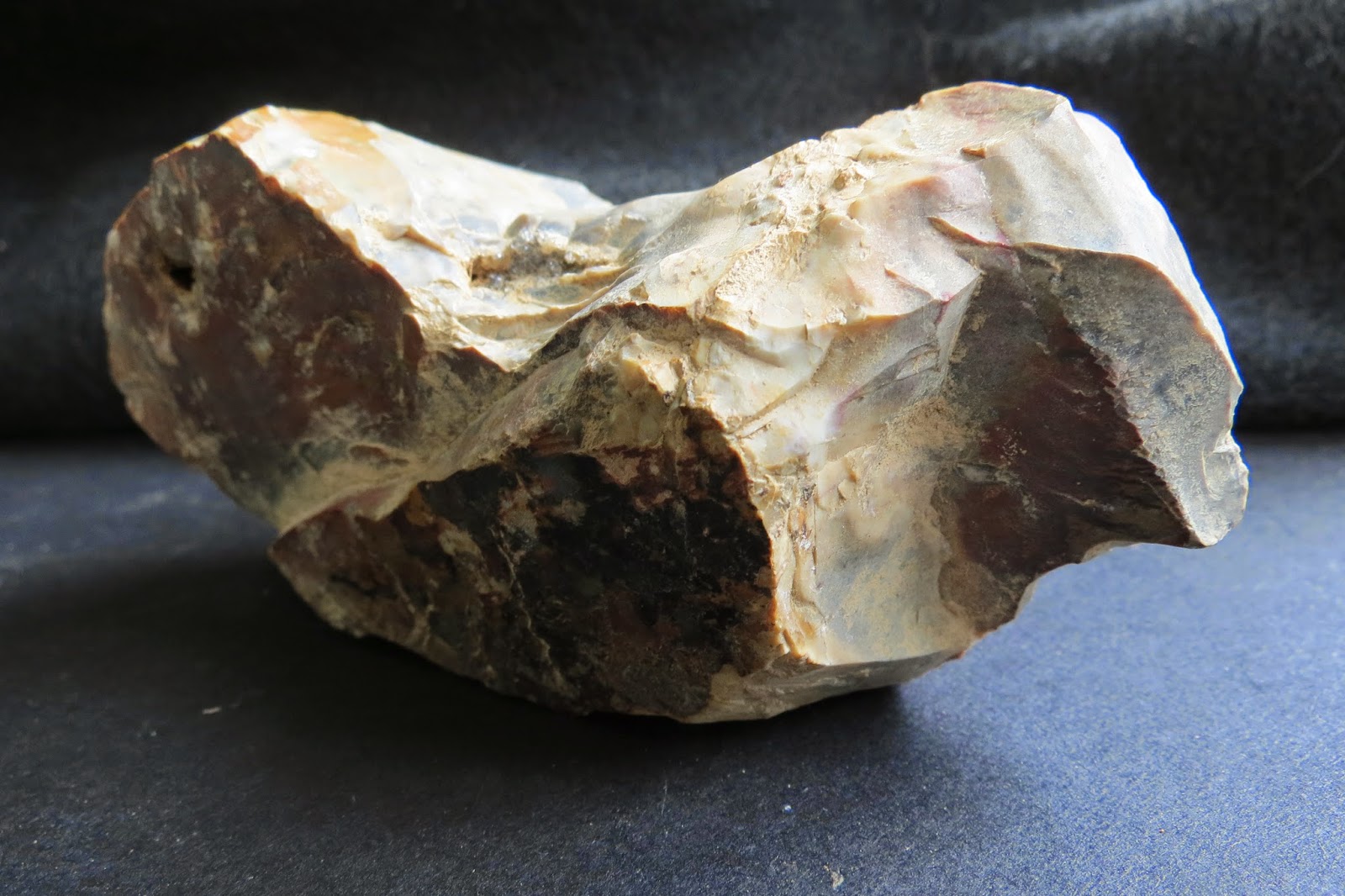 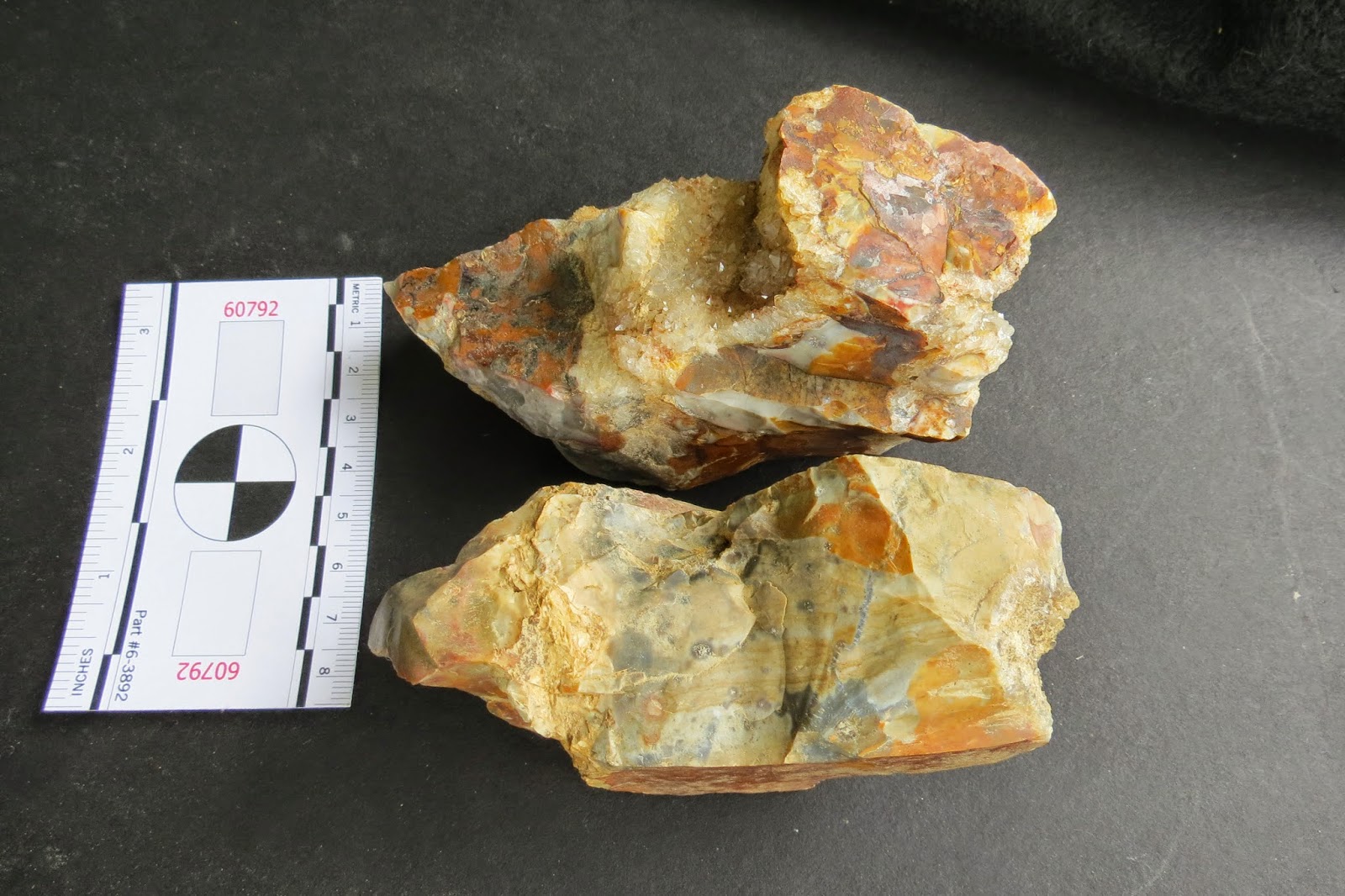