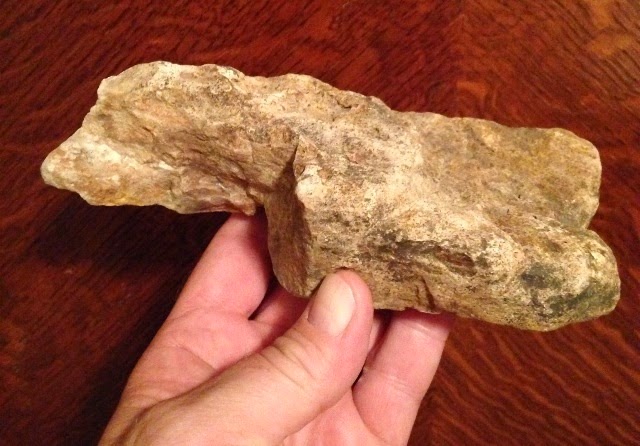 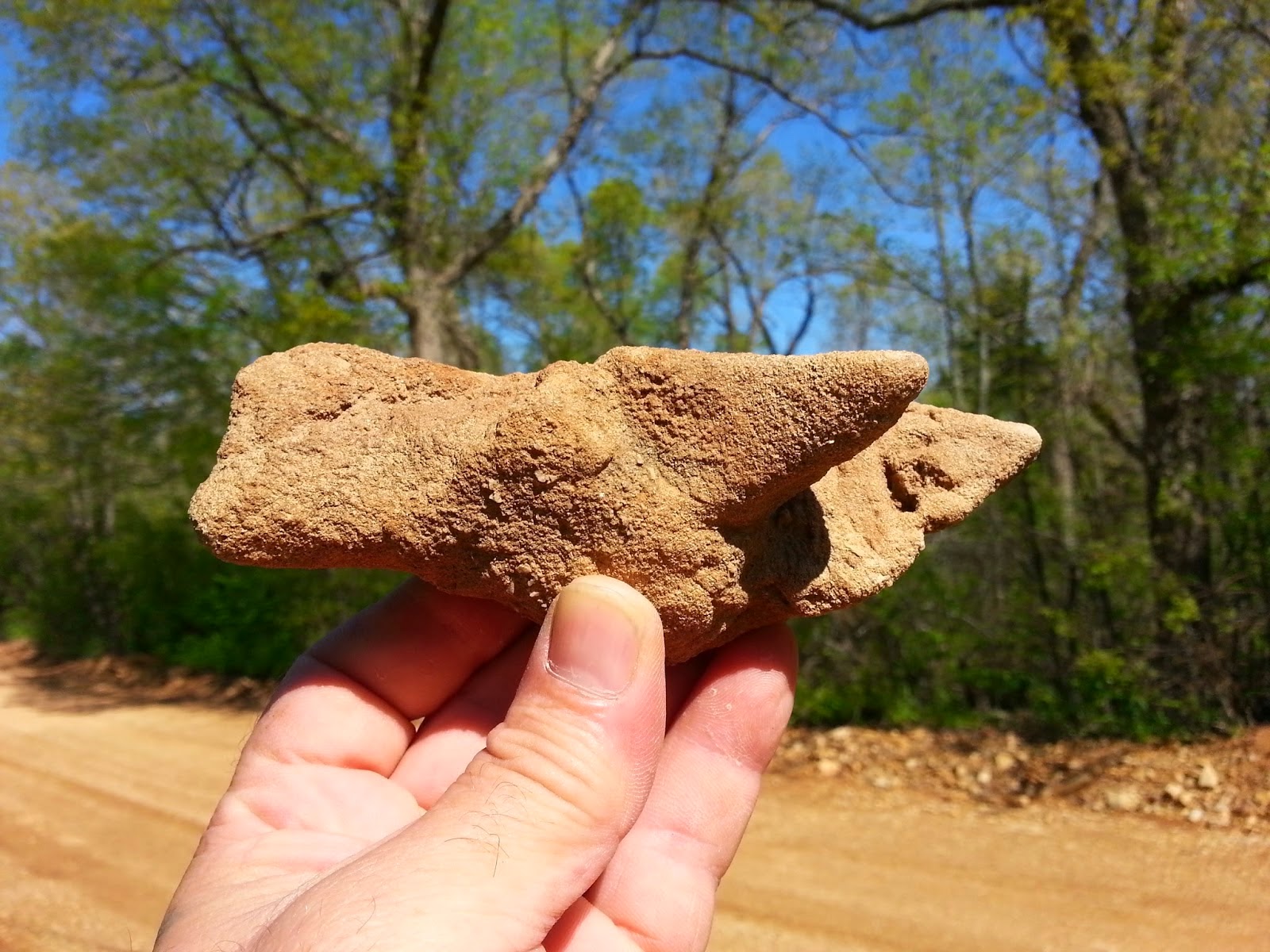 Mammoth Spring, Arkansas, finds by Jeff Vincent featured already on this blog. The bird at left has a smiling human face on its tail. Other bird figures on this blog have smiling humans integrated into the head or tail. 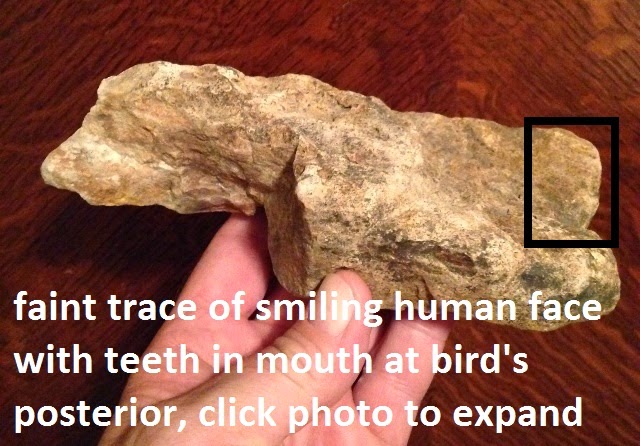 There is a faint trace of a human face on the bird's tail feathers like in examples seen in the posting yesterday, July 8. Like other depictions in portable rock art, and particularly from The Old Route 66 Zoo site, there appear to be teeth in the human's mouth. 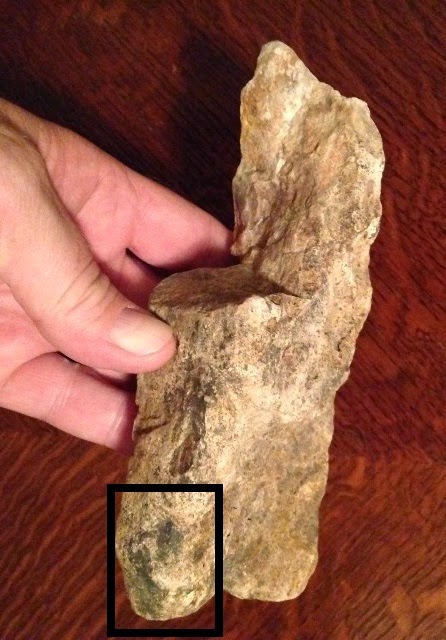 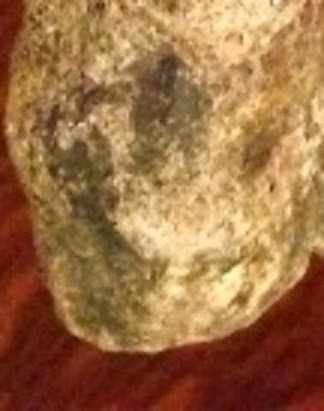 Faint trace of a second smiling human face image on the bird's tail.
Posted by Ken Johnston at 10:25 AM