A fine example of the "Topper chopper" bird motif described by Alan Day in Vanport flint material from Licking County, Ohio, about 50 miles from Day's Knob 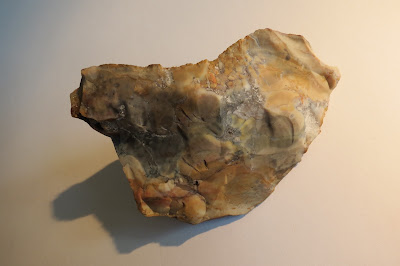 A fine example of the "Topper chopper" bird motif described by figure stone investigator Alan Day, with bird's beak at far right. A human-like facial profile may be seen looking left from the bird's tail feathers at far left. Made from Vanport chert material from Flint Ridge, Licking County, Ohio, and found about 50 miles from the Day's Knob site, 33GU218. 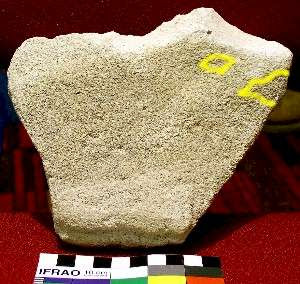 Alan Day's illustration of weather worn carvings on the chopper/bird form he identified and photographed at the famous Topper site, North Carolina. Day has documented similar finds at Day's Knob, Guernsey County, Ohio, and from the Charles Belart collection of France. 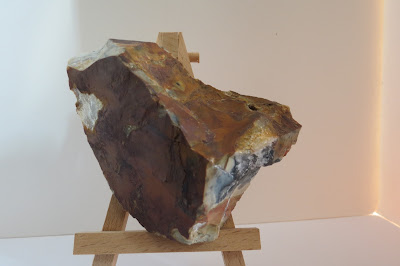 Side two also has a bird-like form. The artifact seems to have been made using Levallois type reduction technology. The prepared striking platform to remove this large flake is seen at the lower right edge in the lighter and grey colored flint. 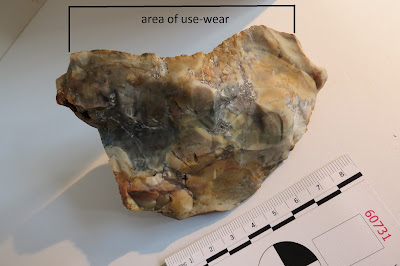 There appears to be light use-wear between the peak of the quasi-human head profile on the left and the peak of the bird's profile head at right. So, this was likely a scraper or light chopper with deliberate iconic properties. This may hint at a ceremonial use of these bird form choppers and scrapers.

My own far-flung speculation based on rock art motifs is that these iconic tools were used in mortuary practice to deflesh the dead and prepare them for "consumption" by scavenger birds, who were thought to guide or facilitate a "rebirth process," by releasing or bringing back to life the deceased's spirit, and seen as human-like faces and skull forms on certain bird figure stones. 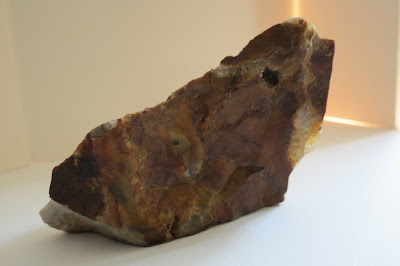