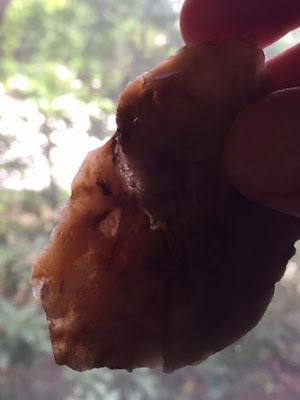 Christian Kotze finds of Lake County, Ohio. These Ohio finds have been discounted by the archaeology curator at Cleveland Museum of Natural History as natural despite his having no knowledge about portable rock art. 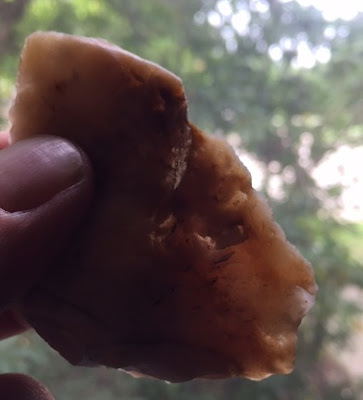 Side two is a human head right profile worked in the same detail. Yes, good ole' Mother Nature putting delicately detailed human faces on two sides of a remarkable cryptocrystalline rock specimen. It appears to be carnelian agate which has been seen in other portable rock art pieces on this blog, but only from the state of Oregon. 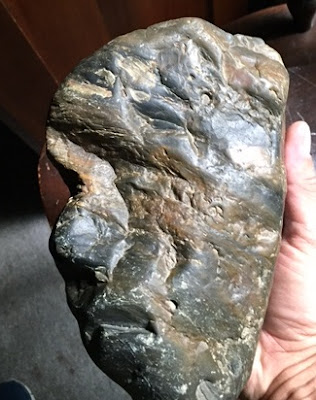 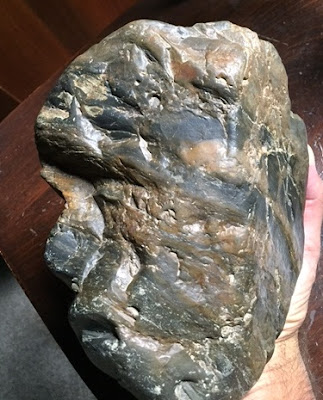 A beautifully sculpted human head left 3/4 profile in typical portable rock art form where the artist is exploiting the natural shape and properties of the stone by working it to tease out the desired visual properties. Click photos to enlarge.

Because North American archaeologists have never been educated about it and don't operate like real scientists, they are unable to see these objects as anything but natural rocks. They have never taken the time to have these objects examined by petrologists because they are so certain human crafted objects like this do not exist.

Its time they stop wasting all these archaeological heritage cultural resources by telling people they are just rocks when they have no business making such executive determinations from ignorant positions of authority. 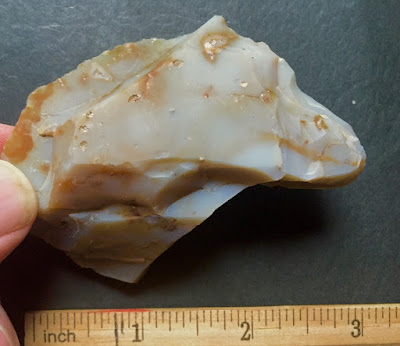 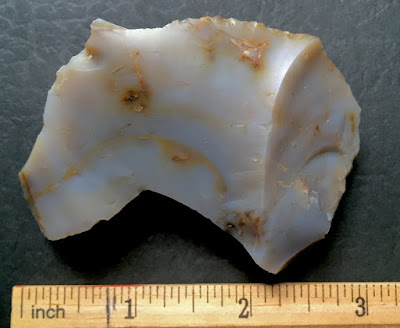 Christian writes, "This piece I found in Trumble County more than 30 years ago. I always have thought it resembled a horse. On what appears to be the mane it has serrated edges."

The source of the stone material here appears to Flint Ridge, Ohio, which is about 120 miles from the location where Christian found it. 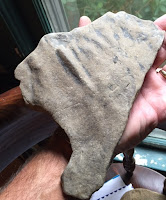 Some have thought zoomorphic shapes like this may be animal representations with a built-in handle to hold the figure like a 'stone puppet.'  To me, the first side may depict a feline head and the opposite side of the stone may depict a human. 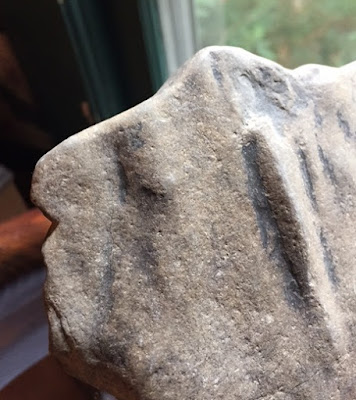 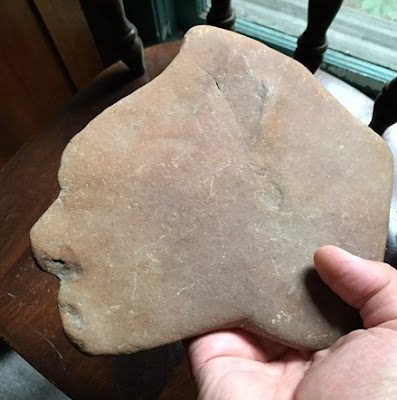 Christian identified an anthropomorphic head profile on the left edge of this stone, among many, many others. These simple forms are sometimes faint, faded and worn and may have been much more visible to an observer in the Stone Age. I think this piece is symbolic of a mammoth body profile facing right with a human facial profile incorporated onto its posterior in a well documented motif seen on this blog. 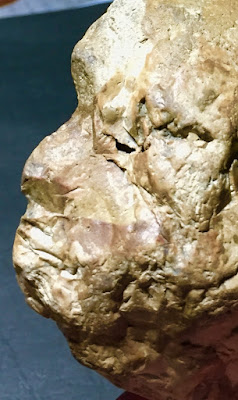 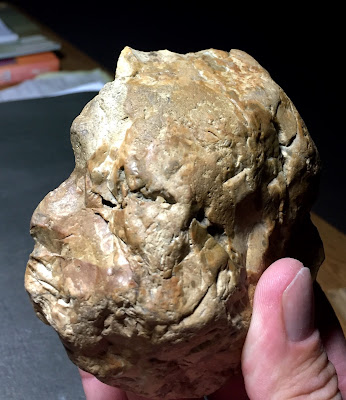 "Here is a piece I found near Willoughby, Ohio. It is made of brown and grey chert. The left side depicts a mans face, it fits into the right hand comfortably. The top is a scraper."


Dear Mr. Johnston, my name is Christian Kotze. I live in Mentor Ohio (Lake Co.) I have a large collection of artifacts that contain effigies on them some of animals others of humans. From what I have seen on your site I believe mine are more defined some are perfect and there are multiple pieces that are the same.

I have talked to people associated with the museum some who appeared to be amazed and took pieces with them to show Dr. Brian Redmond who discounted them as natural but I know better. I have been studying these for a long time and used special lights, microscopes and other tools. These pieces are from all over the state. I would like to show them to others who might also have similar art in their collection.