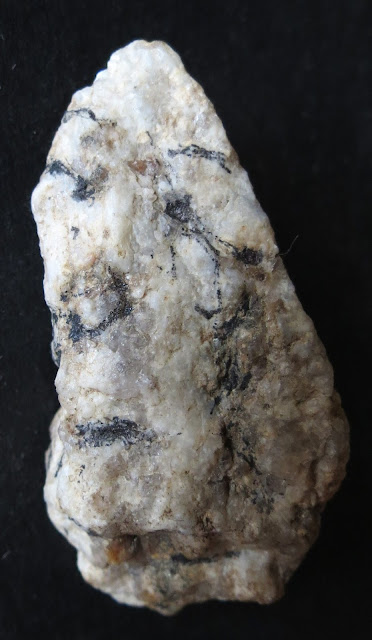 Quartzite has been worked to selectively reveal a darker underlying layer which now resembles facial features, including eyebrows. A female figurine from The Netherlands was made using a similar technique. 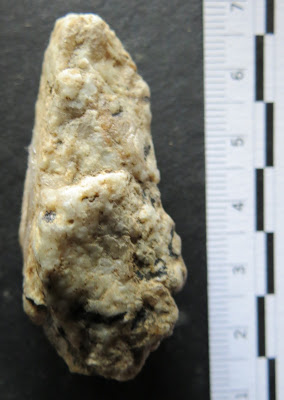 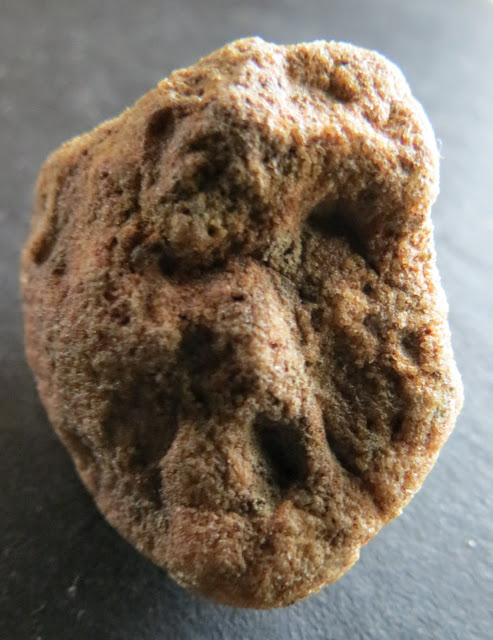 A face on a pebble, possibly with the "one eye open, other eye shut or missing" motif. Karon indepently identified this motif on pebbles at suspected cultural sites in the Idyylwild and Anza, California, areas. 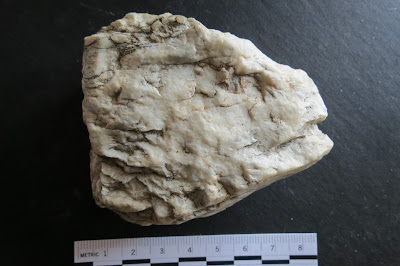 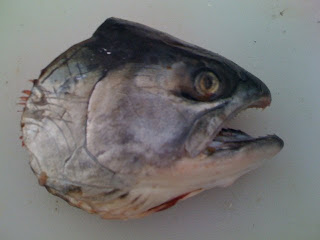 A fossilized bone tool found by Karon. The broad end has been worn at an angle associated with the optimal grip of the bone. If it were green when used by humans, perhaps it could be used to date the peoples associated with these tools and this palpable visual imagery in stone. 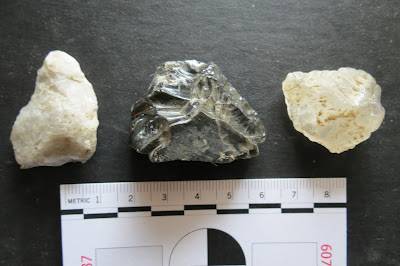 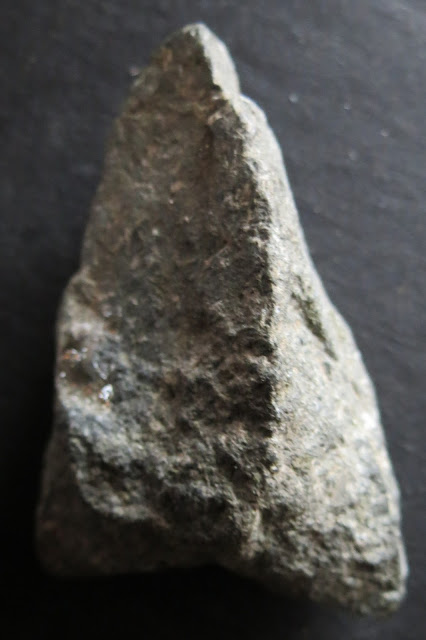 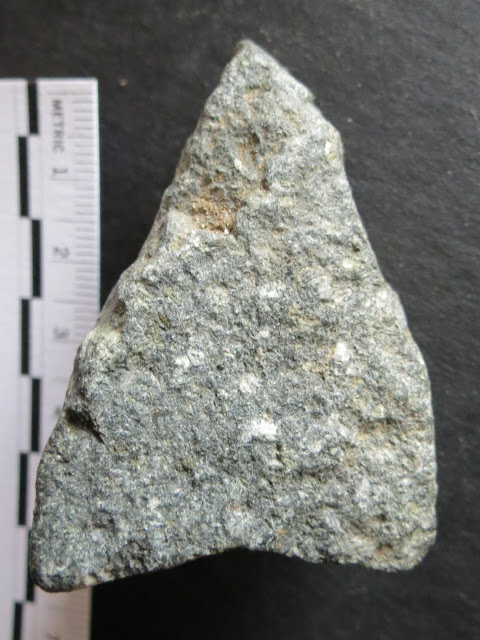 Anza spearpoint side 2 with scale 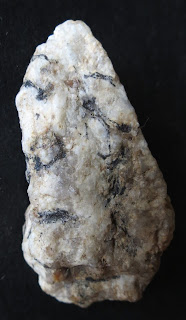 Please compare the facial construction and expression of the Anza, California, face at left and an artist's rendering of the "dodgy-eyed woman," Czech Republic, at right. British Museum curator Jill Cook interpreted the Czech ivory figure as having a weakness, or palsy, on the left side of the face, which may have indicated an individual suffering a stroke. Similar to the Czech carving, the distortion of the California figure's left side of the face was likely done according to a long established tradition, not related to any individual or disease.