"Lion present at birth from egg," may be a Low Paleolithic art motif on the Kempen stone face and already described from North America 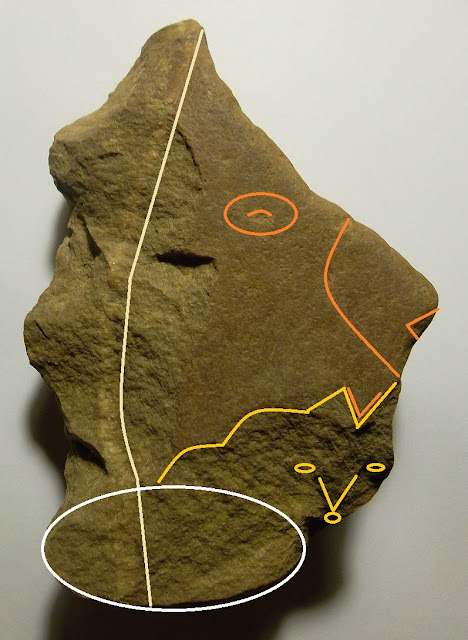 "Lion present at birth from egg," may be a Low Paleolithic art motif on Kempen stone face as already described from America 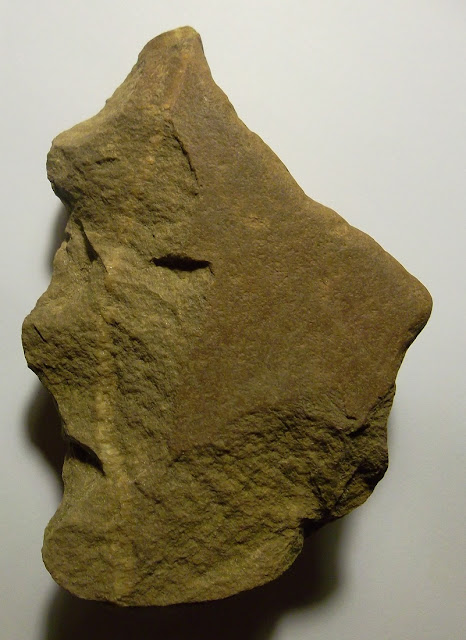 The Belgian Kempen stone face was discovered in situ in August 2011 by archaeologist L. Jimmy Groen. Please see the immediate two prior postings for more on the Kempen stone face, including unaltered photos.

A lion head in right profile is highlighted in orange, using now faint markings seen on the stone. The lion's chin is also the left chin of the kitten.

The Kempen stone face is dated 400,000 to 300,000 years before present. It is important to note this possible motif may be a component of the Lower Paleolithic art tradition of a people who were connected from North West Europe to Oregon, U.S.A., perhaps by Beringia. With two examples of this motif available to this one archaeological investigator, my hunch is there are many more examples of this yet to be identified. The very subtle ("almost invisible" according to Alan Day) nature of these intended images to our modern eyes makes it so difficult to detect, so it is and has been routinely overlooked in existing archaeological inventories and at active sites world wide.

It is important to note the bird and kitten emerging from the eggs in the two respective art sculptures may also be seen to comprise or compose part of the mouth of the lion. 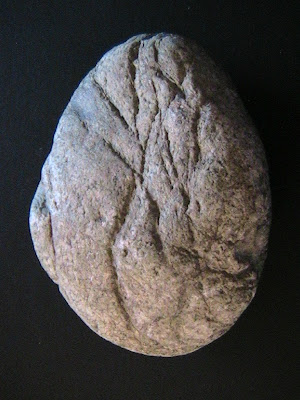 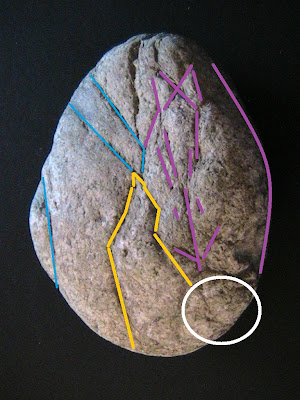 Here are links to the earlier posting about the Golden Composite Ellipse with Branching Incised Lines, artifact found by Dennis Boggs, Irrigon, Oregon, and later interpreted by Ken Johnston in 2011.  In this photo illustration by Ken Johnston, the purple lion has the yellow bird at its mouth as emerging from the white egg while being fed from the beak of a light blue mother bird.