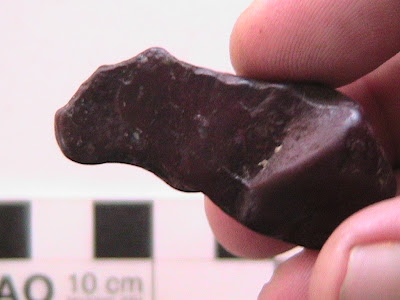 Animal neck and left head profile on pebble which is shaped for optimal finger holding and has a smooth, shiny, patina of possible human handling. Perhaps it was a little icon used by a child as a "toy" or perhaps to learn about animals in the surroundings. It is almost like a little finger puppet.  The long, narrow, neck is suggestive of Homotherium serum or the North American scimitar cat, a predator of Pleistocene megafauna, including humans. 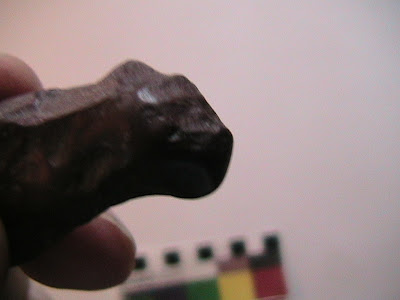 This artifact was found in the context of other worked stone material including both crude stone tools and other suspected iconographic pieces. A significant amount of cultural information would need to be communicated regarding the appearance and behaviors of predatory carnivores like the scimitar cat. 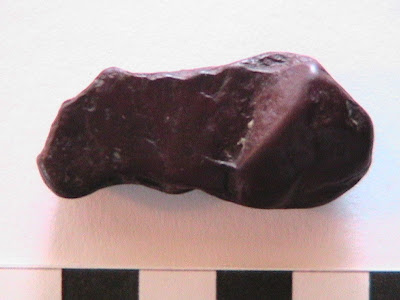 Note the bump in the line of the lion's neck in the artifact photos.  This may be attempt to represent a visually prominent and distinguishing feature of the animal among other felines, seen in the Wikipedia illustration below as a "breast plate bump" at  the base of long, narrow neck. 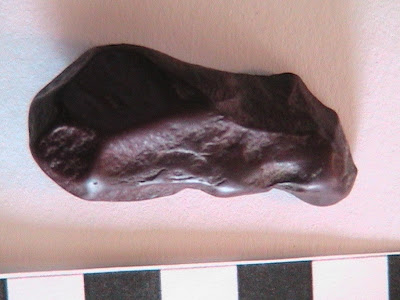 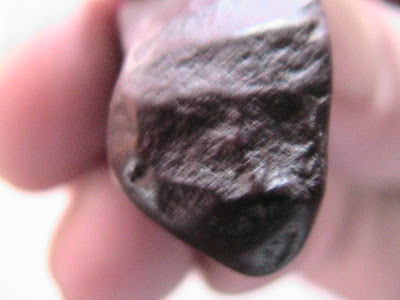 A possible face form is found on the front of the artifact, two eyes, nose, and mouth are worked into the pebble.  The face is shared by the lion head profiles on both sides of the artifact.
Based on the archaeological record of human skeletal remains, an estimated 7% to 10% of early humans lost their lives to animal predation.  A cultural focus on deadly animals in iconography, including the scimitar cat, would aid survival odds.  A piece such as this could have served to relay information to children about the deadly scimitar.  Here is a link to more information about this now extinct big North American cat.

Email ThisBlogThis!Share to TwitterShare to FacebookShare to Pinterest
Labels: Boggs, feline, OR