France handaxe is a literal bi-face: human head profile on one side, baboon/macaque head on the other 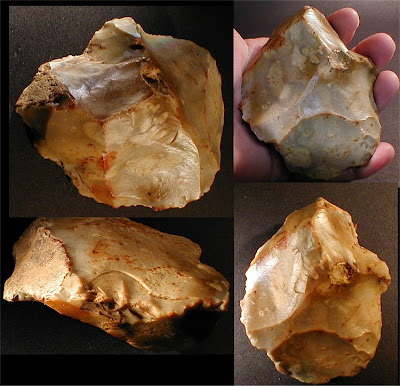 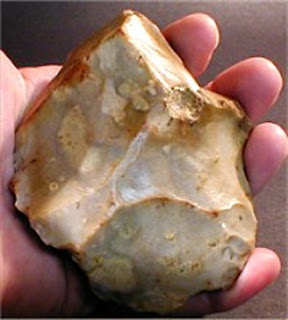 This handaxe photo was located while browsing the internet looking at artifacts.  The artifact was posted "For sale" at a now defunct web site.  It was identified as being found just outside of Paris, France, and as being a Paleolithic handaxe.  It is possible to detect iconography in existing archaeological collections, even while browsing the internet. This, then, is an example of an iconographic tool.  Archaeologists should open up dated artifacts to examination by students of portable rock art for possible imagery or iconography identification. 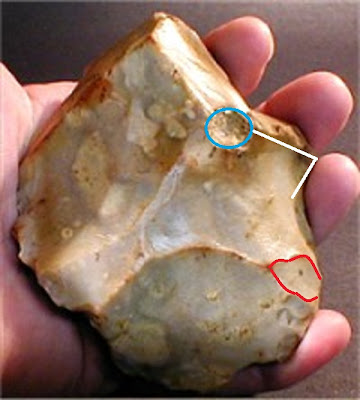 Human head with marked up blue eye, white nose and red lips. I noticed a possible human face depiction based on a ground eye, protruding nose and a flaked mouth, forehead and chin. 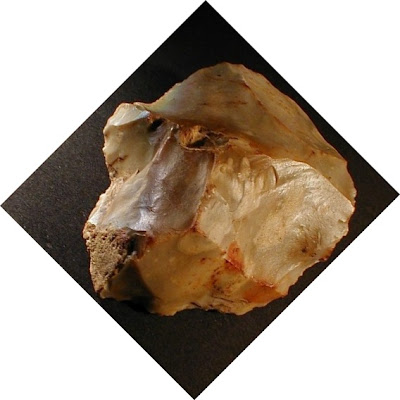 When I studied the other photos I noticed a baboon or macaque type head depiction on the side opposite the human face.  The two images give context to each other, increasing the likelihood of artifactuality and intent to create the imagery in this piece. 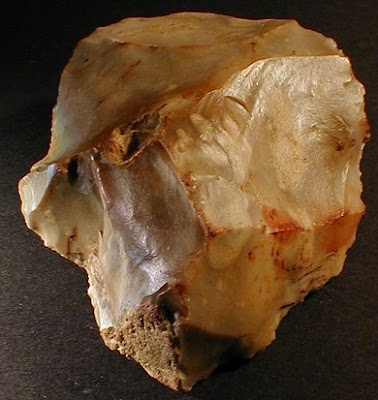 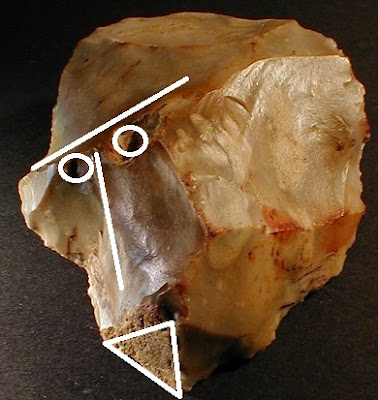 It looks as if the artist may have retained and utilized the rock cortex surface to depict the mouth area in a rougher, darker, material (inside the white triangle in above photo).  A visually foreshortened nostril may be depicted just above the upper right point of the white triangle.

The hamadryas baboon and human beings originate near each other in Africa.
http://www.flamingoland.co.uk/park/mammals/66-hamadryas-baboon.html

Wild olive baboons lived on the Iberian Peninsula, Spain, until 2001. 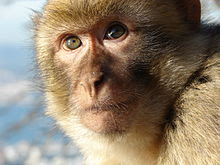 The site with original handaxe photo, ITEM NO. FA-21
http://www.stoneageartifacts.com/html/Artifact-Hand%20Axes.html