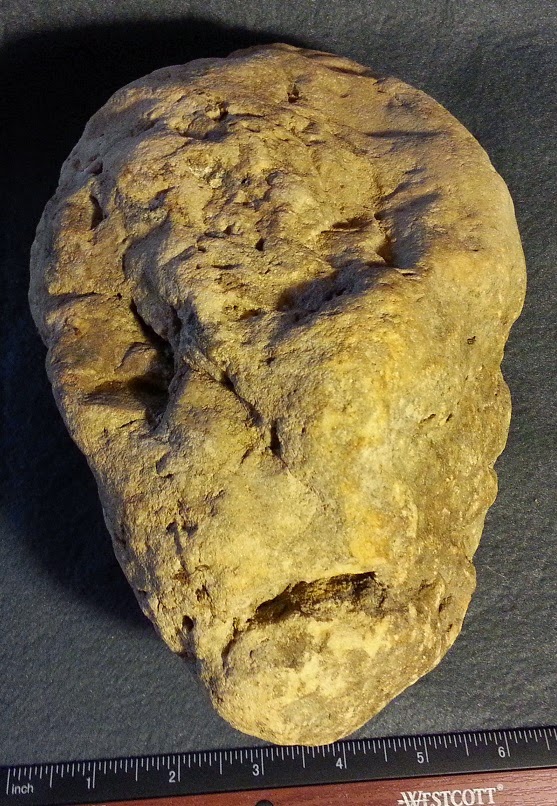 Human head on a cobble, Mammoth Spring, Arkansas, Jeff Vincent collection. The very strong art context of the find and its stereotypical form and appearance argue for its artifact status.

Human agency would be confirmed by careful scientific examination of this stone but Archaeology does not want to open up any new cans of worms because it does not operate like a science. It would rather maintain the status quo and preserve dogmas and research budgets than generate new knowledge, despite its reliance on the good public for almost all of its funding. Is Archaeology serving itself or humanity's need to know more about its past? 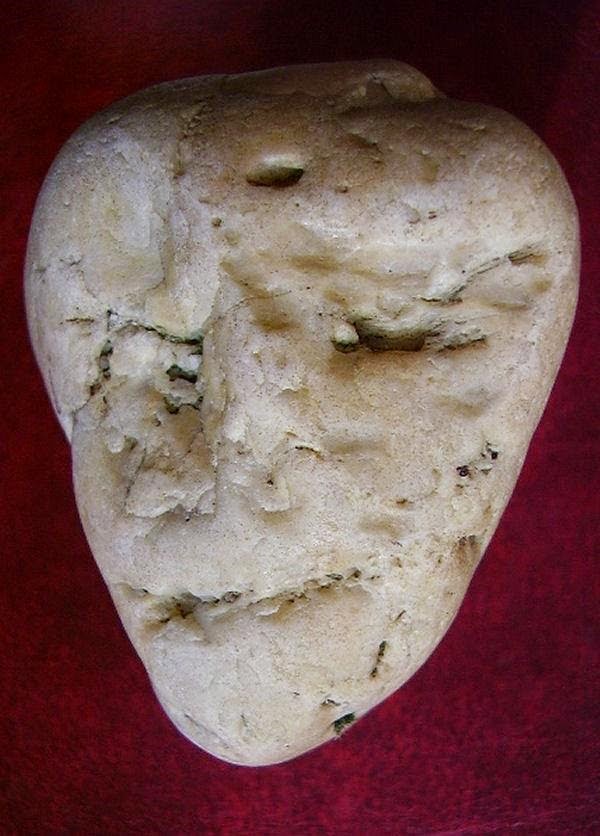 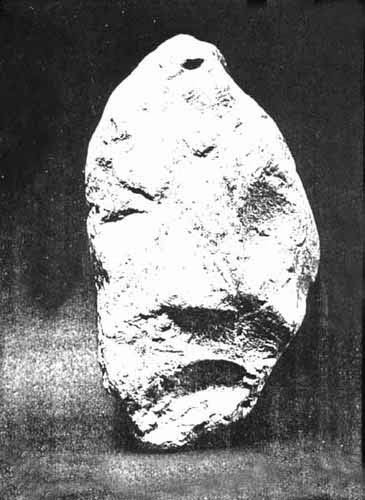 Either Neanderthals made it to North America or other humans carrying their art and tool traditions were present here.
Posted by Ken Johnston at 9:37 AM