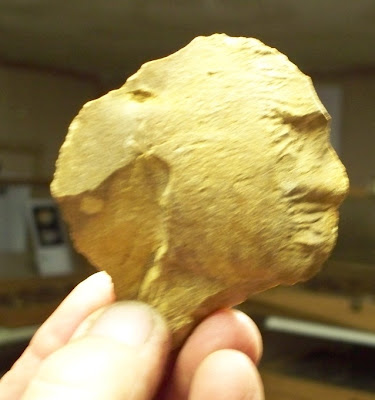 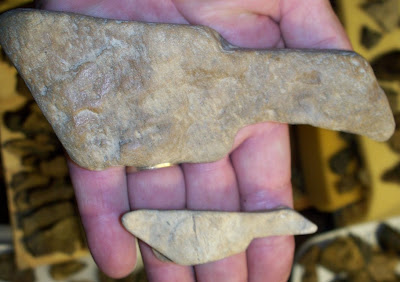 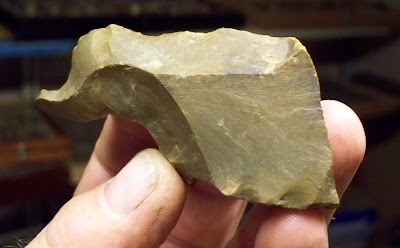 A possible zoomprphic form in flint.  Another flint from Rick's site featured an elephant form (trunk curve and eye), a bison, a lion and a human face portrait. 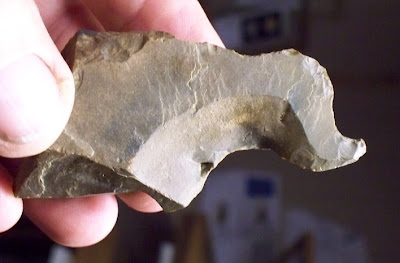 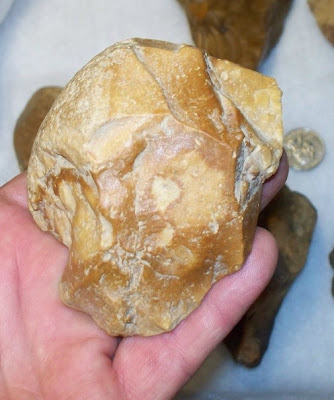 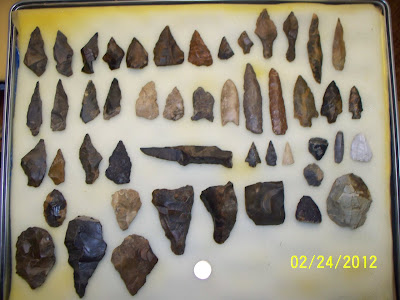 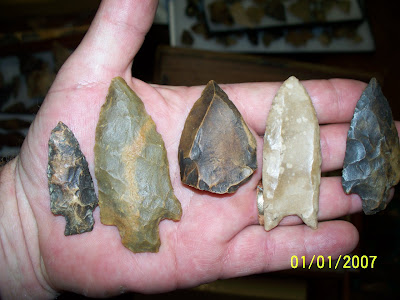 Rick Doninger writes: "I can prove Levallois is here.  I can now show the entire core preparation and the reduction sequence in the production of the tools. The cores tell the story of the technology just as in the Clovis and later industries. Without the cores, the technology has to be assumed or left to speculation. Here are a few pics of just about every known early man technology, especially the Levallois that was present in the Acheulean and Mousterian, all from right here in the heartland. I think it is a first to be able to show "old world" technology right alongside Clovis and later, all from the USA. They can’t explain what is being revealed right here. It is every tool type described in the lower, middle, and upper paleo abroad. It may not be older than Clovis, but the alleged pre-clovis technology has already been assembled in a coherent set of identifiable Levallois artifacts, thousands of them............check a few out..........good to hear from ya........      You might ask around and see if anyone else can display old world tech side by side with the Clovis and later technology all from the USA. You are seeing a first here Ken, .......academia can deny it if they want to, but the proof is in the artifacts and the cores and we have them.........God Bless,.....rick d."