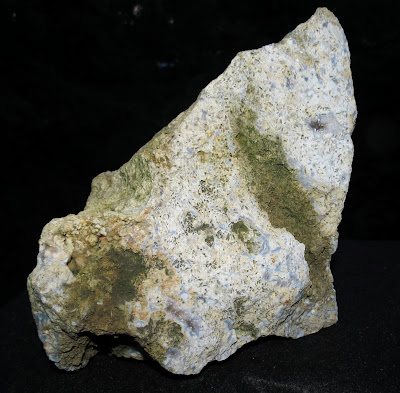 A crystal-eyed mammoth sculpture, facing right in this view

This sculpted chert boulder was found near other zoomorphic flints along the shore of the former glacial terminus swamp now known as Buckeye Lake, Ohio. The largest creature on the landscape was captured in simple, slightly disambiguated, figurative portable rock art sculpture forms being identified by several amateur archaeologists in the United States and seen on this blog. This sculpture invokes two "visages of the mammoth," one from each side. 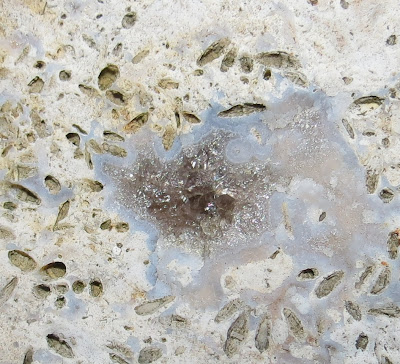 Close up of crystal inclusion serving as the mammoth's eye. The material the sculpture is made of is oolitic chert from Flint Ridge, Licking County, Ohio. 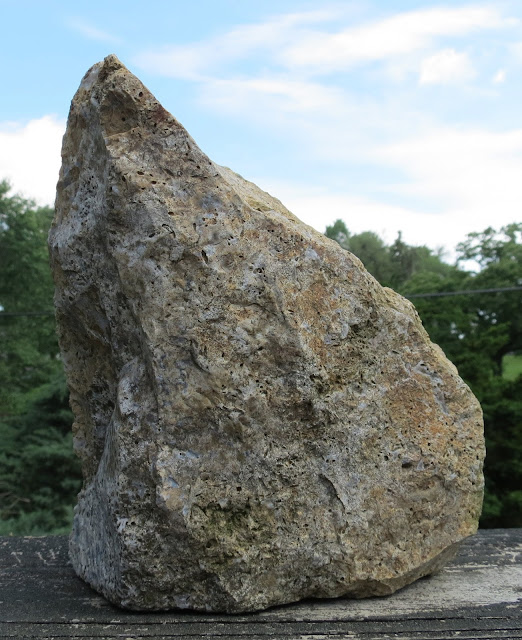 Side 2 view of sculpted chert mammoth in profile now looking left. The trunk of the mammoth is the left edge of the stone here. The sloping posterior of the mammoth profile is on the right, with its butt being the right vertical edge. The sculpture stands upright in this orientation on a perfectly flat base. 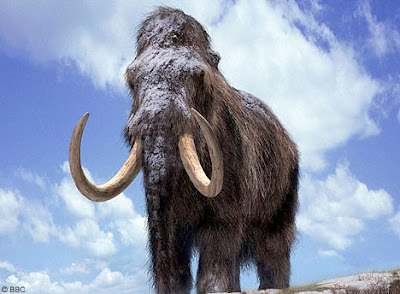 BBC artist's rendering of a frontal view of a mammoth 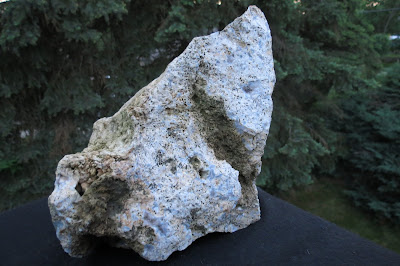 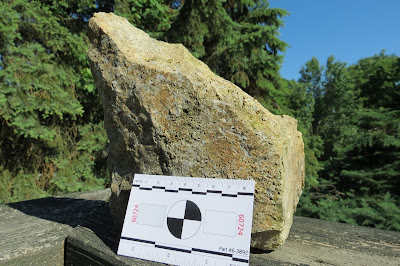 The fixed outcrop source of the stone material is about 10 miles from where the sculpture was found.